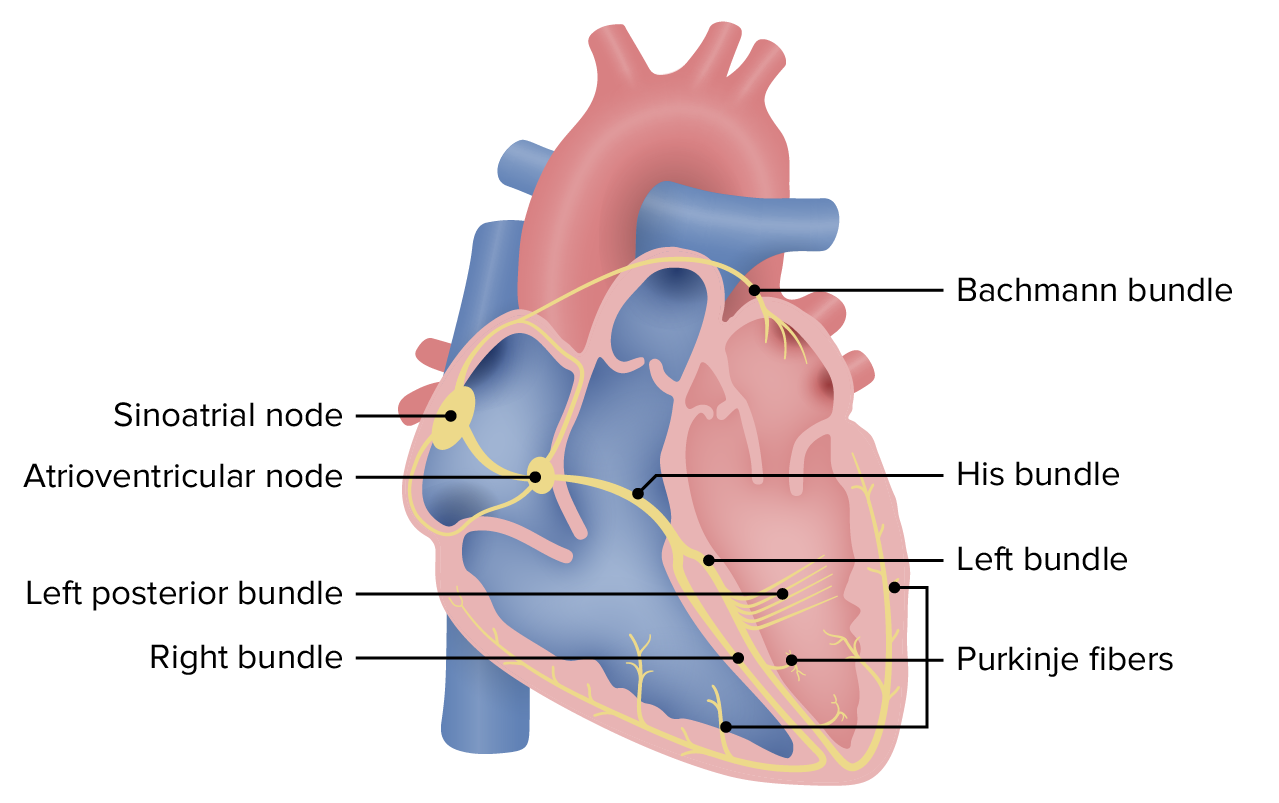 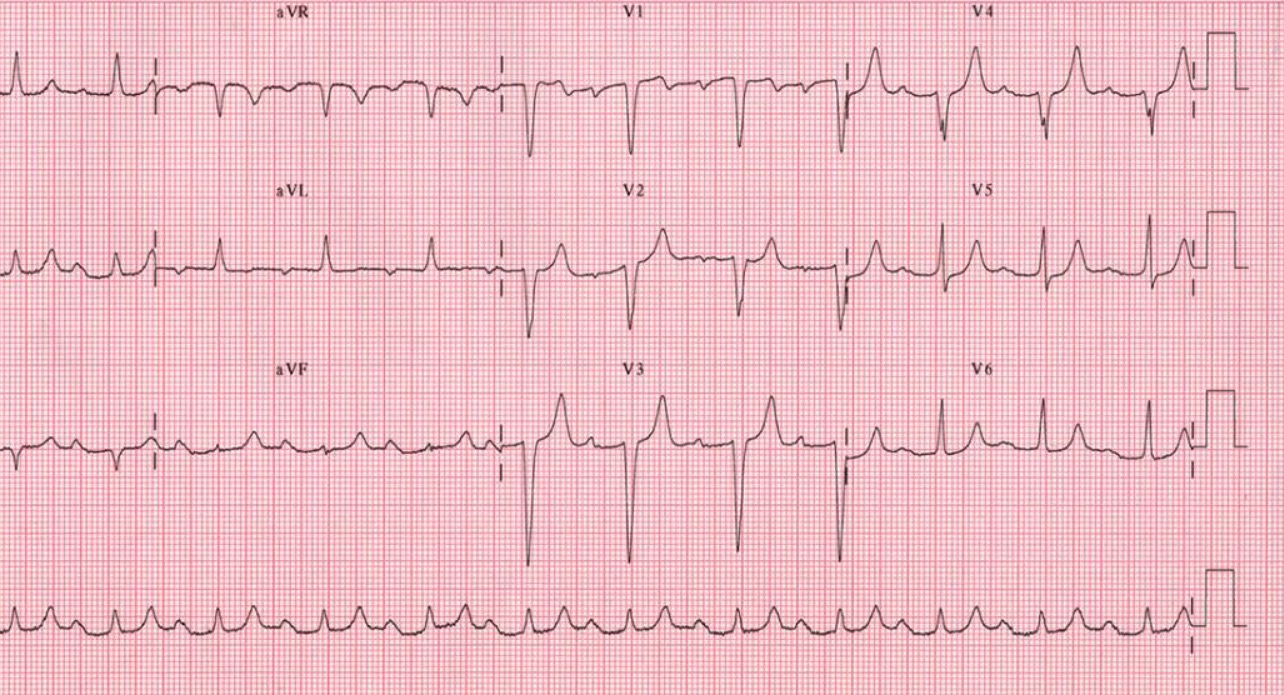 Atrioventricular Block
Atrioventricular (AV) block is a bradyarrhythmia caused by delay, or interruption, in the electrical conduction between the atria and the ventricles. Atrioventricular block occurs due to either anatomic or functional impairment, and is classified into 3 types. The 1st-degree block is due to delayed conduction through the AV node. The 2nd-degree block is characterized by progressive conduction delay or intermittently blocked conduction. The 3rd-degree block involves total interruption in conduction between the atria and ventricles, causing complete AV dissociation. Patients may be asymptomatic or may present with syncope, chest pain, dyspnea, and bradycardia depending on the severity of the block. Electrocardiography (ECG) establishes the diagnosis, and treatment is based on the type of block and hemodynamic stability of the patient.
read more 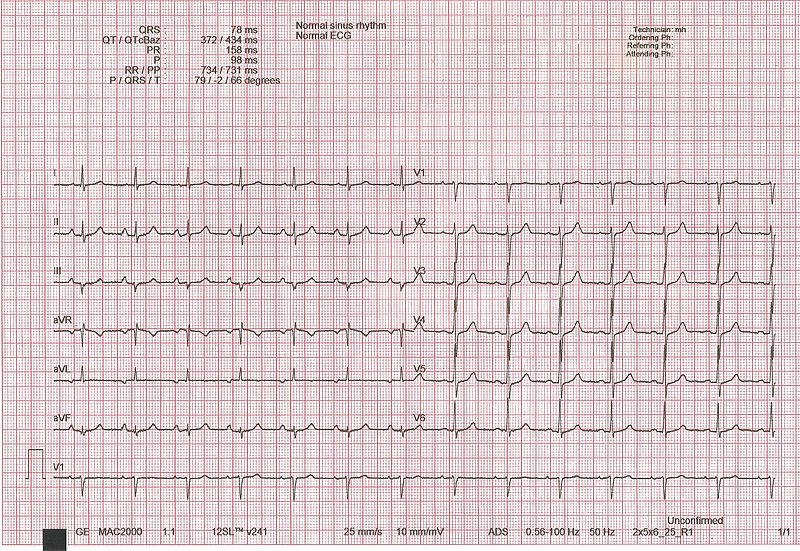 Normal Electrocardiogram (ECG)
An electrocardiogram (ECG) is a graphic representation of the electrical activity of the heart plotted against time. Electrocardiograms are simple, inexpensive, noninvasive, and readily obtained. Adhesive electrodes are affixed to the skin surface allowing measurement of cardiac impulses from many angles. The ECG provides 3-dimensional information about the conduction system of the heart, the myocardium, and other cardiac structures. In the healthy state, an ECG records predictable, reproducible waves and complexes, which correspond to electromechanically coupled physiologic events in the heart. Under pathologic conditions, the ECG can detect arrhythmias, ischemia, inflammation, and more.
read more 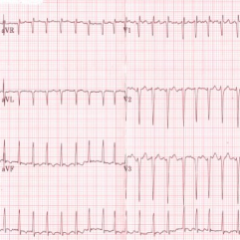 The lecture Acquired Arrhythmia by Richard Mitchell, MD is from the course Arrhythmia.

What is the most common cause of rhythm disorders?

In a normal electrocardiogram (ECG), what does the P wave represent?

In a normal ECG, what does the QRS complex represent?

Which of the following would be considered a normal time for the PR interval?

Which of the following is an acquired cause of arrhythmia?