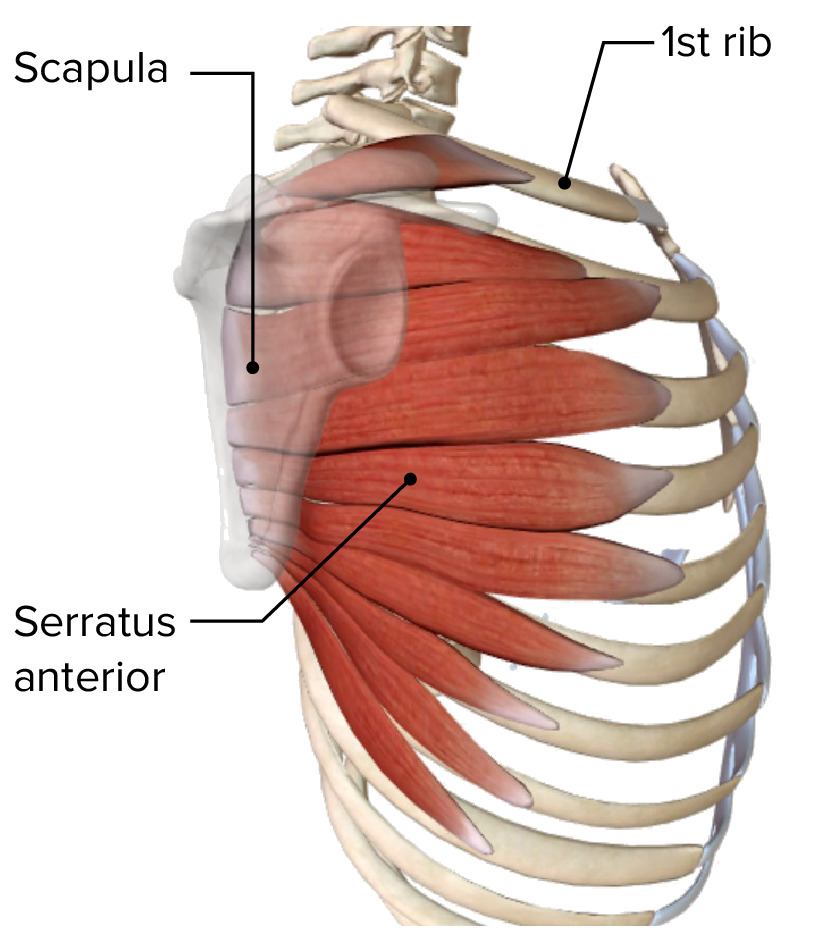 Chest Wall
The chest wall consists of skin, fat, muscles, bones, and cartilage. The bony structure of the chest wall is composed of the ribs, sternum, and thoracic vertebrae. The chest wall serves as armor for the vital intrathoracic organs and provides the stability necessary for the movement of the shoulders and arms. The interconnections between the bones, cartilage, and muscles allow for the rhythmic expansion and reduction of the chest wall during breathing, which facilitates changes in intrathoracic pressure to allow expansion of the lungs during inspiration. The extrinsic muscles have 2 bony attachments; the intrinsic muscles only attach to the thoracic skeleton.
read more
Load more
Share
Ask Questions
Take Notes
Download Slides
Report Mistake
Comments
show all Show less
My Notes
show all Show less
Learning Material 2
show all Show less
Report mistake
Transcript
0 of 0

The lecture Typical and Atypical Ribs by Tyler Cymet, DO, FACOFP is from the course Osteopathic Diagnosis of the Ribs. It contains the following chapters:

Which of the following parts of the typical rib is thin, flat, curved and has a costal groove on the inferior edge?

Which of the following parts of the typical rib is round and knob-like and articulates with the vertebrae?

Which of the following atypical ribs has the greatest curvature, is flat and has a single facet?

Which of the following atypical ribs has an atypical articular facet structure?

very clear liked it very much thank you so much

very clear liked it very much thank you so much