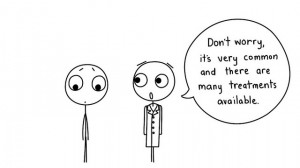 Practical Guide to Medical History Taking
The anamnesis is an important and indispensable component of a diagnosis. The term anamnesis originates from the Greek language and translates to memory. Another suitable word is medical history or intake recording. This paper describes the importance of a medical history, its opportunities and limitations.
read more
Load more
Share
Ask Questions
Take Notes
Download Slides
Report Mistake
Comments
show all Show less
My Notes
show all Show less
Learning Material 2
show all Show less
Report mistake
Transcript
0 of 0

00:00 What topics should be covered in the medical history? First of all you want to ask about the major complaint. Why did the patient come to see you on that particular day? You want to know the family history because there are genetic implications. Are there diseases that run in this patient’s family that they might be suffering from? You want to know a past history. For example, did the patient have a heart attack in the past? In other words, do they already have hardening of the arteries – atherosclerosis – in their body? And then there’s a general review of any other symptoms that sometimes are related and sometimes not related to the particular reason that they came to see you. 00:49 So in particular when we’re taking a vascular history, it’s important to know whether patients have discomfort when they’re walking. And often it’s helpful for the physician to show them a diagram of the legs and to ask, “Yes, if you have discomfort when you’re walking, where does that discomfort occur?” It turns out, when there is obstruction to blood flow to the legs, patients may get inadequate blood flow to their muscles in the legs when they’re walking. And this results in the symptom called intermittent claudication. Why intermittent? Because it occurs when walking and goes away when the patient stops and rests. 01:36 What’s the reason for that? It’s because the muscle doesn’t get adequate blood flow when it’s exercising, when the patient’s walking. But, when they rest, the blood flow is able to get into the muscles and to satisfy the lack of blood flow there and relieve the symptom. Usually the symptom of intermittent claudication – that is discomfort in muscles when walking – occurs in either the calf – the back of the leg on the lower leg – or in the buttock. The more severe the narrowings, the more likely the symptoms will be in the buttock. The less severe the narrowings, the more likely it’ll just be in the calf. Again, the important critical thing in the history is that the symptom appears when the patient walks and disappears when the patient rests. This suggests arterial obstruction to the lower extremity. 02:34 It’s also important to know: does the patient have risk factors for atherosclerosis? Do they have a history of high blood pressure, which is a risk factor for developing atherosclerosis? Do they have diabetes mellitus, another factor that increases the likelihood of having atherosclerosis? Do they have a history of an elevated blood cholesterol level? Again, the higher the blood cholesterol level, the more likely the patient will be to have atherosclerosis. 03:09 Similarly, elevated triglycerides – which are very common in diabetic patients – also are associated with more atherosclerosis. 03:17 Are they smokers? This is a major factor in the development of atherosclerosis. 03:23 Have they already got evidence of having had an event because of narrowing in the blood vessels because they previously had a myocardial infarction or heart attack? Have they had cardiovascular surgery for narrowed blood vessels? In other words, that tells you, “Yes, this patient already has this disease of atherosclerosis in the blood vessels. Or have they been taking medicines for problems related to poor blood circulation? All of those clues tell you already where you’re going in terms of making a diagnosis. 04:00 It’s also important to ask the patient about their diet because we know that certain diets, particularly diets heavy in simple carbohydrates – the simple carbohydrates are flour, white rice, white potato and sugar – and diets that are very heavy in fat also increase the risk for developing atherosclerosis. So you want to know: is the patient a vegetarian? Less risk for atherosclerosis. Are they omnivorous? That is do they eat everything? Meat and vegetables and so forth. Are they a vegan? Which is a very strict vegetarian diet without any animal products. Or are they a raw vegan? In which case they don’t eat any cooked vegetables but only raw vegetables. Do they follow some religious diet? For example, Islamic and Jewish don’t eat pork. Hindu don’t eat beef. These things are also important. And also it’s important to know the quantity if they are eating beef. How much they are eating and how fatty it is and so forth? Are they carnivorous? In others words, is their diet consisting mostly of meat or are they a pescetarian? In other words they don’t eat meat but they eat fish. All of these things will give you some clues as to the risk factor for atherosclerosis. 05:25 And again, as we mentioned before, there are certain lifestyle issues which increase the risk for atherosclerosis. 05:32 Cigarette smoking is public enemy number one. Heavy use of alcohol can cause damage to the heart and may impair the circulation. 05:41 Failure to exercise often leads to obesity and, if one is fat and inactive, that also increases the risk for atherosclerosis. 05:52 And then, of course, what drugs they take particularly are they taking street drugs such as amphetamines that can also increase the risk for developing atherosclerosis.

The lecture Topics in Medical History – Basic Diagnostic Techniques by Joseph Alpert, MD is from the course Introduction to the Vascular System.

A thorough history contains all of the following except:

Which of the is the cause of intermittent claudication?

Which of the following is NOT a risk factor for atherosclerosis?

Which type of food is commonly not eaten by Hindus?