Tests for Cervical and Lumbar Radiculopathy 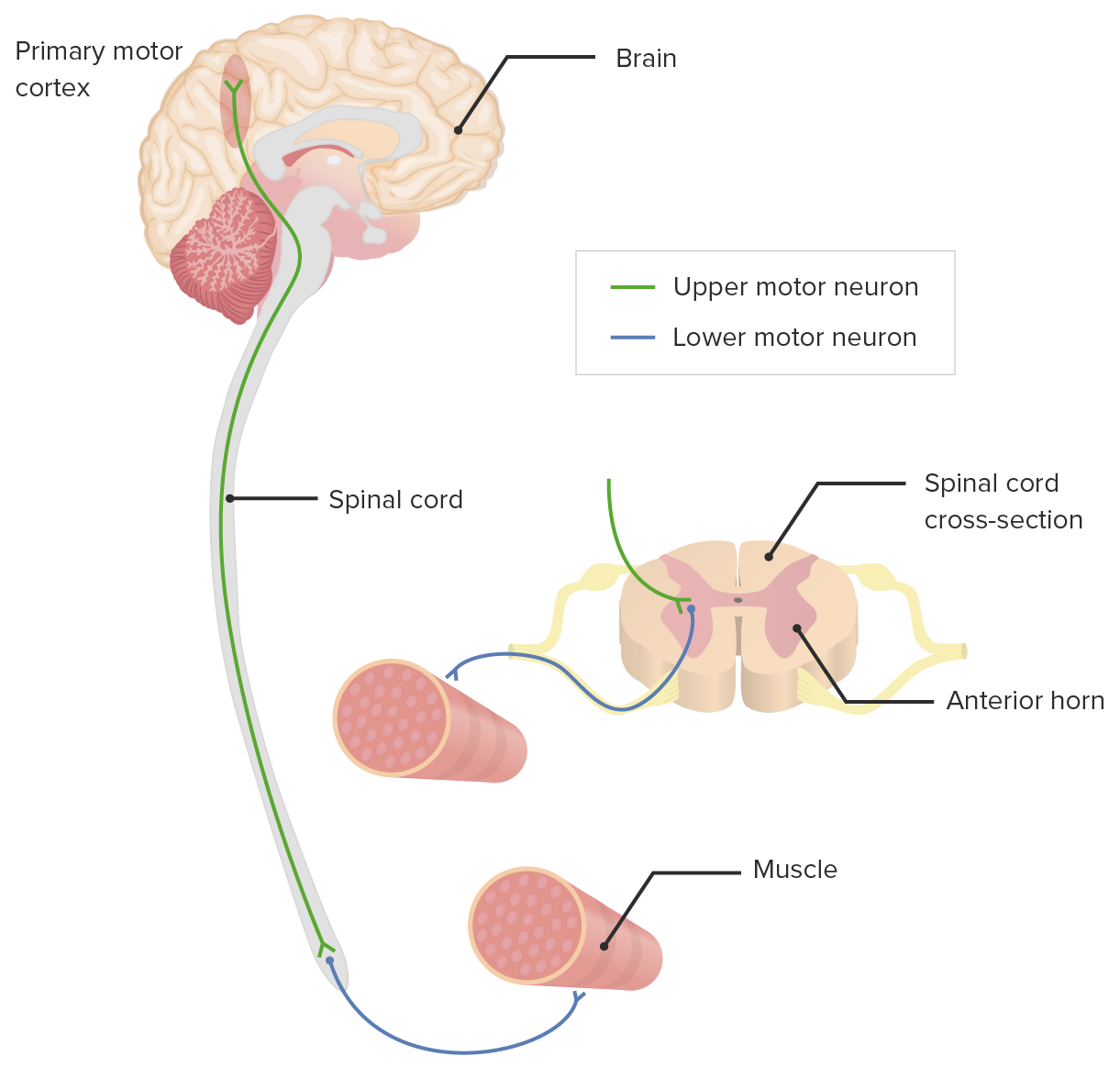 Upper and Lower Motor Neuron Lesions
Upper motor neurons (UMNs) and lower motor neurons (LMNs) combine to form a neuronal circuit for movement. UMNs are responsible for carrying motor information from the cerebral cortex and brain stem to the spinal cord, and LMNs carry motor information from UMNs in the spinal cord to the skeletal muscles for movement. Upper motor neuron lesions cause damage to neurons above the motor nuclei of the cranial nerves in the brain stem or the anterior horn cells in the spinal cord. These lesions present clinically with symptoms of weakness, spasticity, clonus, and hyperreflexia. Causes include stroke, traumatic brain injury, brain cancer, infectious and inflammatory disorders, and metabolic and neurodegenerative disorders. Lower motor neuron lesions affect the nerve fibers traveling from the anterior horn of the spinal cord to the peripheral muscle. These lesions present clinically with muscle weakness, atrophy, and hyporeflexia, with sensation remaining intact. Diagnosis is made by clinical neurologic exam, and management is mostly supportive, but some newer therapies have recently become available.
read more
Load more
Share
Ask Questions
Take Notes
Download Slides
Report Mistake
Comments
show all Show less
My Notes
show all Show less
Report mistake
Transcript
0 of 0

The lecture Tests for Cervical and Lumbar Radiculopathy by Stephen Holt, MD, MS is from the course Examinations of the Neck and Back Region.

Which is TRUE regarding Hoffman's maneuver?

What physical exam finding is indicative of a cervical nerve root radiculopathy?

Author of lecture Tests for Cervical and Lumbar Radiculopathy