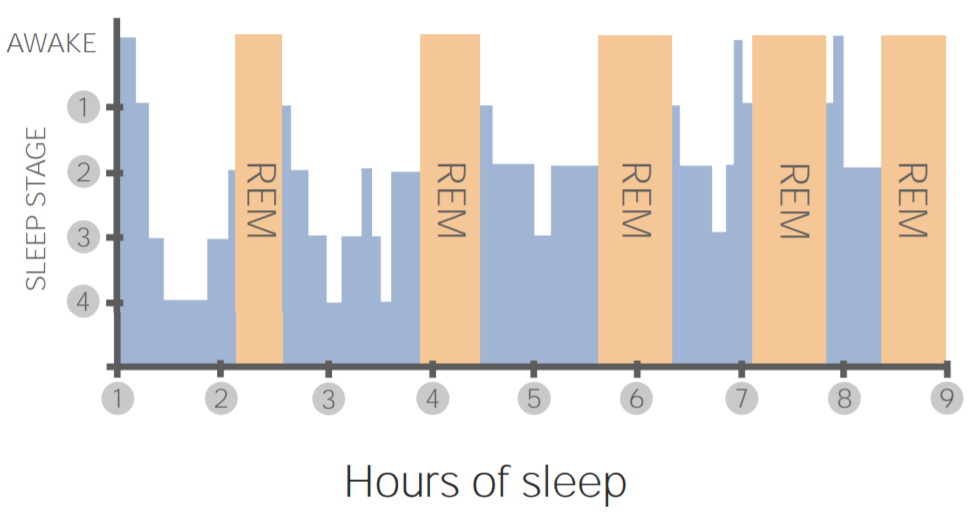 Physiology of Sleep
Sleep is a reversible phase of diminished responsiveness, motor activity, and metabolism. This process is a complex and dynamic phenomenon, occurring in 4–5 cycles a night, and generally divided into non–rapid eye movement (NREM) sleep and REM sleep stages. NREM sleep, consisting of 3 stages, represents the period of transition from wakefulness, somnolence, and then deep sleep. REM sleep is characterized by rapid irregular eye movement, but with voluntary muscle atonia. The sleep stages and associated disorders are studied through the use of polysomnography, a multimodal test evaluating the brain waves, along with ocular and motor activities. Sleep disorders can be primary (which do not stem from any health problem) or can be attributable to underlying conditions or medications.
read more
Load more
Share
Ask Questions
Take Notes
Download Slides
Report Mistake
Comments
show all Show less
My Notes
show all Show less
Learning Material 2
show all Show less
Report mistake
Transcript
0 of 0

The lecture Sympathetic Nervous System – Stress (PSY) by Tarry Ahuja, PhD is from the course Responding to the World.

Where are the primary hormones involved in the sympathetic nervous system secreted?

Which of the following occurs after prolonged stimulation of the HPA axis?

In a fight-or-flight situation, which example would be unrelated to possible reactions by the sympathetic nervous system?

The hypothalamus is a structure situated deep inside the brain and releases corticotropin-releasing hormone (CRH). This hormone then stimulates your pituitary gland. Which of the following is then released?

Being a practicing surgeon, you have a very stressful job, which means high levels of cortisol all the time. In the given situation, which of the following most accurately describes the stimulated system?

it was very helpful and engrosing for me and it is explained in a nice and simple way.

Clearly explained and very engaging. Spoke at a good pace. diagram was a useful demonstration easy to grasp and understand. Brilliant!

it was very helpful and engrosing for me and it is explained in a nice and simple way.

Clearly explained and very engaging. Spoke at a good pace. diagram was a useful demonstration easy to grasp and understand. Brilliant!