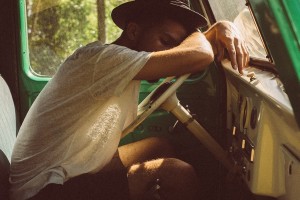 00:02 Now we’re going to get into somatoform disorders. 00:04 This is a psychological disorder characterized primarily by physical symptoms. 00:08 And the reason why we’re making this differentiation is this is quite common as individuals come in and saying you know, “I have this general pain in my legs and my back,” and the doctor might say, “Well, okay, you have this pain and that’s what you’re describing to me. I’m going to try to treat that pain.” So they might give you a treatment therapy that typically works for low back pain, but it’s not resolving the situation for you. 00:35 The reason is because the main driver behind why you’re expressing that lower back pain is not actually physical. 00:42 It’s not that you’ve pulled a muscle or you have a certain virus that’s causing an inflammation in your back, it’s psychologically driven. 00:50 And so a medicine is not going to treat your psychological disorders. 00:54 You need a medicine that’s specifically psychologically oriented, right? So this is why it’s difficult for a lot of doctors trying to figure out and establish is this truly a physical disorder or are these really physical symptoms, or is this a psychological disorder that’s being expressed as physical symptoms. 01:14 So a broad description of somatic symptom and related disorder, could look like this. 01:19 Everyone reacts on an emotional level when they have physical symptoms. 01:23 However, people with a somatic symptom disorder have exceptionally intense thoughts, feelings, and behaviors in response to their symptoms. 01:29 To distinguish the disorder from a normal reaction to feeling ill, the responses must be intense enough to cause significant distress to the person and sometimes to others and/or make it difficult for the person to function in daily life. 01:41 So let's delve deeper into the SSRDs, the somatic symptom disorder replaces several previously used diagnoses, such as: somatization disorder, hypochondriasis, pain disorder, undifferentiated somatoform disorder. 01:54 All of these disorders involve somatization -- the expression of mental factors as physical and so somatic symptoms. 02:00 There are several criteria to diagnose a somatic symptom disorder. 02:04 First, one or more somatic symptoms that are distressing or in result in significant disruption of daily life. 02:10 Second, excessive thoughts, feelings, behaviors related to the somatic symptoms or associated health concerns as manifested by at least one of the following: Disproportionate and persistent thoughts about the seriousness of one's symptoms. 02:21 Persistently high level of anxiety about health or symptoms. 02:24 Excessive time and energy devoted to these symptoms or health concerns. 02:28 And then, as a third point, although any one somatic symptom may not be continuously present, the state of being symptomatic is persistent (typically more than 6 months). 02:37 SSD now includes an aspect of understanding pain. 02:40 This was previously captured by pain disorder. 02:42 Now, when diagnosing SSD, you're ask to specify if there's predominant pain, previously pain disorder, for individuals whose somatic symptoms predominantly involve pain. 02:52 And also ask if there's persistent pain: characterized by severe symptoms, marked impairment, and long duration so for more than 6 months. 02:59 Then you want to determine the severity. 03:01 This is gauge by specifying if only one of the symptoms specified in Criterion B is fulfilled, then you have a mild severity. 03:08 If two or more of the symptoms specified in Criterion B are fulfilled you get a moderate severity. 03:12 And if two or more of the symptoms specified in Criterion B are fulfilled, plus there are multiple somatic complaints (or one very severe somatic symptom) you get a severe case. 03:22 There are several types of SSDs you have to know. 03:25 First, let's start with conversion disorder. 03:27 It is a form of somatization, in which mental factors are expressed as physical symptoms. 03:31 Thought to be caused by mental factors, such as stress and conflict, which individuals convert into physical symptoms, tends to develop during late childhood to early adulthood. 03:40 It may appear at any age, and it's more common among women. 03:43 Symptoms include, paralysis of an arm or leg, or loss of sensation in a body part. 03:48 Symptoms may resemble a seizure or involve problems with thinking, difficulty swallowing or loss of one of the special senses, such as vision or hearing. 03:55 Symptoms usually begin after some distressing social or psychologic event. 03:59 Symptoms are not consciously produce. Meaning people are not faking their symptoms. 04:03 The next type is illness anxiety disorder. 04:05 In this case individuals are so worried that they are or might become ill that they become very distress and have difficulty functioning. 04:12 Doctors diagnose the disorder if people continue to worry about having or getting a serious disorder. 04:18 After a thorough evaluation as rolled out serious disorders. 04:20 Individuals may become overly anxious because they misinterpret insignificant physical symptoms or normal bodily functions such as awareness of the heart's beating. 04:29 This tends to be a chronic condition. 04:31 In factitious disorder, individuals pretend to have or producing physical or psychologic symptoms for no apparent external reasons. 04:38 Individuals imposed on self repeatedly fake having a disorder. 04:41 If they have a disorder, they exaggerate or lie about symptoms. 04:44 pretending that they are sicker and more impaired than they are. 04:46 However, this disorder is more complex than simple dishonesty. 04:50 It is the mental health problem that is associated with severe emotional difficulties and potential personality disorder. 04:55 Lastly, there are psychological factors that are affecting other medical conditions, the individuals must have a diagnosed medical symptoms or condition, other than a mental disorder. 05:05 Attitudes or behavior can negatively affect any disorder, such as diabetes mellitus, heart disease or migraines, or symptoms such as pain. 05:12 For example severe stress can temporarily weaken the heart or chronic work related stress can increase the risk of high blood pressure. 05:20 Impacts on the preexisting medical condition can include, denying the need for treatment, denying the significance or severity of symptoms, interfere with treatment.

The lecture Somatic Symptom and Related Disorder – Psychological Disorders (PSY) by Tarry Ahuja, PhD is from the course Individual Influences on Behavior.

Claudia comes to the physician's office complaining of pain in his right shoulder and left hip. Her medical records show a history of pain in the stomach and right arm, intermittent episodes of constipation and diarrhea, and loss of sensation in her right leg. Diagnostic tests show no underlying causes. Her symptoms began after a stressful event in her life. What condition does she likely have?

Sean says he has had difficulty seeing objects for 2 days. He states that his brother was diagnosed with cancer 2 days ago. On examination, he can only see objects 2 feet away and not further, but he does not seem very concerned by this. What condition does he likely have?

(1) 5,0 of 5 stars
great job over there
By Nasser A. on 18. December 2017 for Somatic Symptom and Related Disorder – Psychological Disorders (PSY)

Thank you so much for you effort, I couldn't imagine that one day i would start to like psycology

(1) 5,0 of 5 stars
great job over there
By Nasser A. on 18. December 2017 for Somatic Symptom and Related Disorder – Psychological Disorders (PSY)

Thank you so much for you effort, I couldn't imagine that one day i would start to like psycology