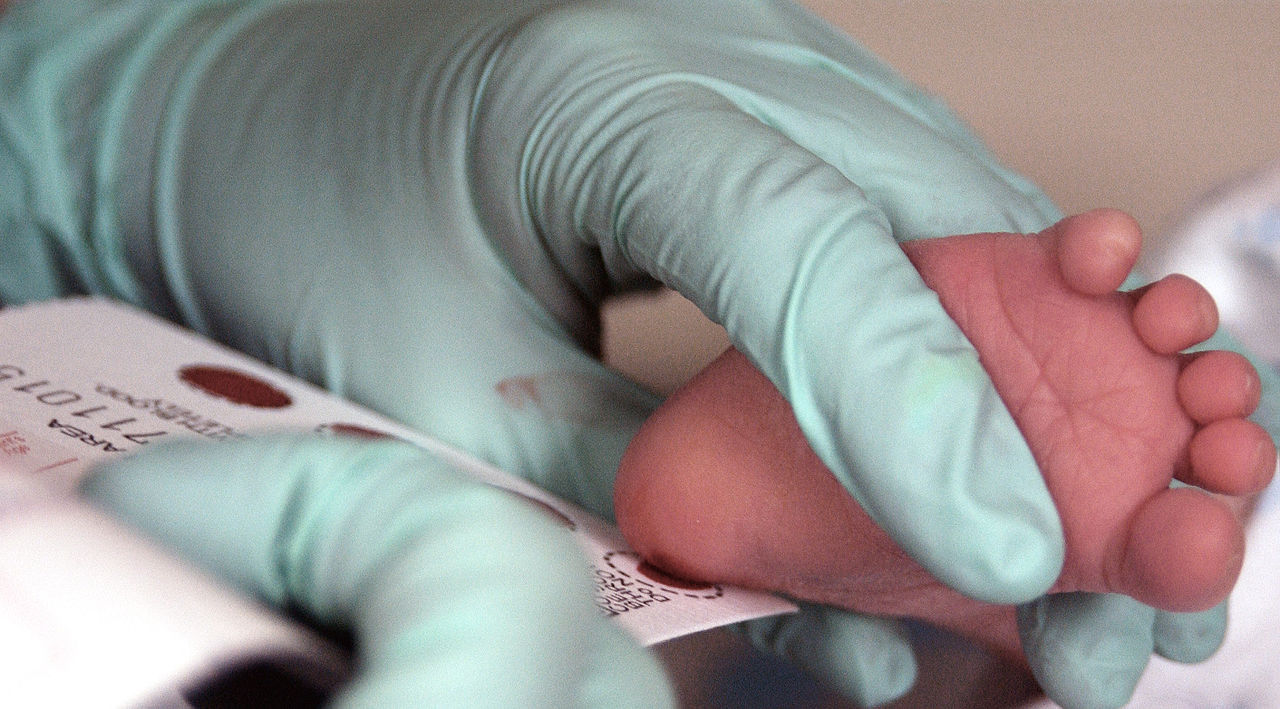 00:00 it's this; you may recognize this photo, you may recognize this disease, this is smallpox, one of the great scourges of humankind, one of the great burdens of human civilization and smallpox is particular, because it is the first human disease deliberately eradicated by human beings and we did this in 1980 in large part due to some innovative approaches by epidemiologist, heroes I would argue. So as I mentioned, smallpox was defined to be eradicated by the WHO in 1980, but attempts to do so go back decades before then. In 1975 this individual, Rahima Banu, I think she's from Bangladesh was the last person to contract natural smallpox and since then we don't know of any individual who has contracted natural smallpox, so we're pretty confident the smallpox has been eradicated. I'm sufficiently old that I still have a mark on my shoulder for my smallpox vaccine, it left a large mark. 01:03 But young people today don't have that mark, they don't have that burden because we have eliminated the need for that vaccine. I love this particular quote by Thomas Jefferson in a letter to Edward Jenner in 1806, he says, the critical part of this letter's is the last sentence, "Future nations will know by history only that the loathsome smallpox has existed." It is important because Edward Jenner devised the first workable smallpox vaccine in the early 1800s and Thomas Jefferson implies in his letter that due to that vaccine, we will no longer have the smallpox problem. But it took another 180 years for us to truly eradicate smallpox, so clearly the solution for beating back this disease wasn't simply the technology of vaccination. It was something a little more complicated, more profound, more interesting, and that's where the science of epidemiology came in. It was a need to compute the numbers of people who need to be vaccinated to truly eradicate the disease and this was made possible because of something called herd immunity. Herd immunity is when individuals in a population are immune to a disease and thus prevent other individuals who are not immune from getting contact with that disease. If you think about a herd of cattle, those at the center of the herd will never have any contact with anyone outside of the herd because they're protected by those on the periphery. So as long as those on periphery are immuned or have been vaccinated, then the ones in the center don't need to be, in other words, not everybody in the herd needs to be vaccinated, just a certain proportion. 02:44 Epidemiologist stepped in and computed that proportion that was needed to ensure that smallpox would be eradicated. 02:53 Let's look at the timeline of smallpox in human civilization. Going back centuries, if not millennia, smallpox was a major scourge of humankind. In the 18th century attempts at finding a treatment made some great progress with Edward Jenner creating the first relation attempts. But back then 400,000 people would die every year, at least, it was quite the killer. A third of the survivors though became blind and so they lived on with disability, so it is not like just about the disease killing people, it's not just about mortality. It's also about the morbidity and it's important that we keep in mind that when we're looking at the impact of disease, it's not just the deaths we care about, it's the effects on the quality of life that matter. The people who survive also developed immunity to smallpox, this is an important consideration when we talk about eradicating the disease. Once you've got it, you're not going to get it again, we can cross you off the list of someone who needs to be inoculated. So Edward Jenner took interest in cowpox which was a kind of smallpox that cattle had and he noticed that people who are milking cows would be exposed to cowpox and tended to be immune to smallpox as a result, so he got the idea that exposure to this particular infection, cowpox, may imbue an individual with a kind of immunity to smallpox. So in the 1950s, the world took notice that maybe it was time to have a more militaristic administrative attempt to control smallpox globally. In 1967, a decision was made by the WHO to attempt to eradicate and remove this scourge from the human experience altogether and as I mentioned in 1980 this was accomplished. The WHO had eradicated smallpox entirely, a great triumph. 04:39 So to review that timeline, in '67, we began the eradication process and back then 15 million people were developing smallpox every year, but 2 million died every year and today no one dies anymore from smallpox.

What is “herd immunity”?

Which of the following observations by Edward Jenner was instrumental in the development of a safe vaccine for smallpox?

How did epidemiologists contribute to the eradication of smallpox 100 years after the vaccine had been discovered?

(2) 5,0 of 5 stars
Best lecturer
By abudurexiti s. on 19. November 2020 for Smallpox – Epidemiology and Biostatistics

You changed my view on this course ! I actually really enjoyit now

Easy to understand
By Nathaly Y. on 11. February 2019 for Smallpox – Epidemiology and Biostatistics

(2) 5,0 of 5 stars
Best lecturer
By abudurexiti s. on 19. November 2020 for Smallpox – Epidemiology and Biostatistics

You changed my view on this course ! I actually really enjoyit now

Easy to understand
By Nathaly Y. on 11. February 2019 for Smallpox – Epidemiology and Biostatistics