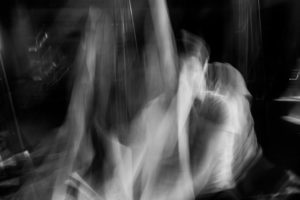 Schizophrenia
Schizophrenia is a complex, chronic mental health disorder that is characterized by several different symptoms which include delusions, hallucinations, disorganized speech or behavior, and impaired cognitive ability. Schizophrenia has an early onset and a chronic course, making it a disabling disorder for the patient and his or her family. In the following article, you will learn about the pathophysiology, etiology, and treatment of Schizophrenia.
read more
Load more
Share
Ask Questions
Take Notes
Download Slides
Report Mistake
Comments
show all Show less
My Notes
show all Show less
Learning Material 2
show all Show less
Report mistake
Transcript
0 of 0

00:01 Okay. Now, let’s talk about schizophrenia. 00:03 Schizophrenia is a mental disorder that’s characterized by abnormal social behavior and failure to understand reality. 00:09 So, this is one of those disorders that is fairly, I don’t want to say that it’s, you know, more important than others, but it’s more I would say traumatic from the others. 00:21 Because when you’re expressing with schizophrenic symptoms, it’s a removal from reality. 00:27 So you don’t know what’s real and you don’t know what’s fake and that can be very, you know, for a, you know, a non-schizophrenic individual to experience that and see that, it’s kind of scary. 00:37 So, symptoms of this are classified in two bins. 00:41 We can have positive symptoms and negative symptoms. 00:43 Positive is where your adding something to the equation. 00:46 So you’re seeing something that wasn’t -- that’s not there versus negative which is a removal or a deficit of something. 00:52 So, we’ll take a look at this in a little bit more detail here. 00:54 So, positive symptoms can include things like delusions. 00:58 So now you’re adding sort of mysterious things that you’re seeing. 01:02 Disorder thoughts in the speech, hallucinations, these are all things that are considered positive symptoms. 01:09 Now, positive symptoms respond quite well in medication and treatment, so that’s a good thing obviously. 01:16 And it’s a good thing because some of these things can be quite dramatic and can really impact your ability to function. 01:23 So it’s kind of hard to do your job when you’re seeing, you know, flying unicorns and you’re seeing, you know, you’re seeing odd things and also delusions where you have this disconnect between what’s really actually happening and what you think is happening in your mind. 01:41 So, in this image that you’re seeing here, you see a cat. 01:44 The cat has delusions of we’ll say grandeur or things that, “I am a cat. I am a wild cat. I’m a lion.” When reality is it’s actually just a good old cat, but in its mind, it believes that it is a powerful lion. 01:59 It’s Simba walking around in the jungle, okay? Now, the flipside or negative symptoms, and these are a little bit less responsive to medication and psychotherapy -- sorry, pharmacotherapy. 02:09 And things like removal of normal emotional response. 02:13 So you have a flat affect. 02:15 So normally, me and you are having a discussion, and if I’m worked up about something, you’ll know that I’m worked up because you can see that emotional -- expression of emotion attached to the conversation we’re having. 02:27 And sadness and all the different things that you would express as opposed to an individual who has lack of affect or flat affect might be quite monotone. 02:37 It might say things like, “Yeah, I may have killed a man yesterday and I also then won a $50 million lottery.” And there’s no emotion there and you don’t know, you know, are you being sarcastic or this is for real or do you know what you’re saying. 02:49 And then also the reduced quantity or fluency of speech. 02:52 So, they might not be saying a lot, maybe just a few keywords. 02:56 They might be mumbling a little bit more. 02:59 It seems very forced in the way that they’re speaking, and these all are then, again, classified as negative symptoms. 03:08 So altogether Schizophrenia is characterized by lose of contact with reality, that's called psychosis. 03:16 Patients may have hallucinations, usually hearing voices, they firmly hold false beliefs, delusions, they have abnormal thinking and behavior, reduced expression of emotions, diminished motivation, a decline in mental function, cognition and problems in daily functioning including work, social relationships and self-care. 03:38 Schizophrenia is proposed to be caused by hereditary and environmental factors. 03:43 The treatment involves, anti-psychotic drugs, training programs and community support activities, psychotherapy and family education. 03:52 To diagnosed Schizophrenia with the DSM V definition. 03:56 Two Criterion A symptoms are required. 03:59 Additionally a person needs to have at least one of three positive symptoms of Schizophrenia. 04:04 So either hallucinations, delusions or disorganized speech. 04:09 So let's have a closer look on these Criterion A symptoms. 04:13 At first, there is delusion. 04:15 This is defined as false beliefs that usually involve a misinterpretation of perceptions or experiences. 04:23 Next symptom is hallucinations, this involves hearing, seeing, tasting or physically feeling things that no one else does. 04:32 Auditory hallucinations are the most common. 04:34 Then there is disorganized speech which is characterized by collection of speech abnormalities that can make a person's verbal communication difficult or impossible to comprehend. 04:46 The fourth possible symptom is disorganized or Catatonic Behavior, this includes bizarre or inappropriate behavior, actions or gestures and inappropriate or incongruous affect. 04:59 It means exhibiting incorrect emotional responses for a given context. 05:04 The last point on the Criterion A list is negative symptoms. 05:08 This could include blunted or flat affect. 05:11 So emotional inexpressiveness and apparent unresponsiveness. 05:15 Alogia which means poverty of speech. 05:18 Asociality, it's apparent lack of desire for the company of others. 05:23 Anhedonia, the apparent inability to show or feel pleasure and Avolition, that's the lack of will, spontaneity and initiative. 05:33 Lastly, let's have a short view on some other psychotic disorders. 05:38 Brief psychotic disorder is at least one psychotic symptom for less than one month. 05:43 Then there is Schizophreniform disorder, patients with this disorder, display the symptoms of Schizophrenia for a one to six months and it usually transitions to Schizophrenia. 05:55 So patients may start with SPD and then transition to Schizophrenia. 06:00 And lastly there's also Schizoaffective disorder where patients have symptoms of Schizophrenia and a major depressive manic or mixed episode. 06:10 The major mood episode must be present for the majority of the illness. 06:15 So this is a combination actually of two disorders of Schizophrenia and then affective disorder.

The lecture Schizophrenia Spectrum and other Psychotic Disorders – Psychological Disorders (PSY) by Tarry Ahuja, PhD is from the course Individual Influences on Behavior.

Which of the following is a negative symptom of schizophrenia?

Which of the following is a positive symptom of schizophrenia?

Morgan has been diagnosed with schizophrenia with negative symptoms. He has been treated for it for the past 8 months. His anhedonia and apathy have improved but still persist. How would his schizophrenia be described?

Peter is a 20-year-old college student who has been taken by his roommate to see a physician. Peter tells the physician he believes that all the other students are talking about him and have been trying to ruin his grades for the past 4 months. Peter speaks fluently but takes a long time to get to the point. What condition does he likely have?

(1) 5,0 of 5 stars
Excellent explanation of schizophrenia's place in the spectrum of psychotic disorders
By Nicholas C. on 05. March 2020 for Schizophrenia Spectrum and other Psychotic Disorders – Psychological Disorders (PSY)

Dr. Ahuja clearly illustrates the defining characteristics of schizophrenia and psychotic disorders, as this lecture translates the DSM-V material into a brief review of key points.

(1) 5,0 of 5 stars
Excellent explanation of schizophrenia's place in the spectrum of psychotic disorders
By Nicholas C. on 05. March 2020 for Schizophrenia Spectrum and other Psychotic Disorders – Psychological Disorders (PSY)

Dr. Ahuja clearly illustrates the defining characteristics of schizophrenia and psychotic disorders, as this lecture translates the DSM-V material into a brief review of key points.