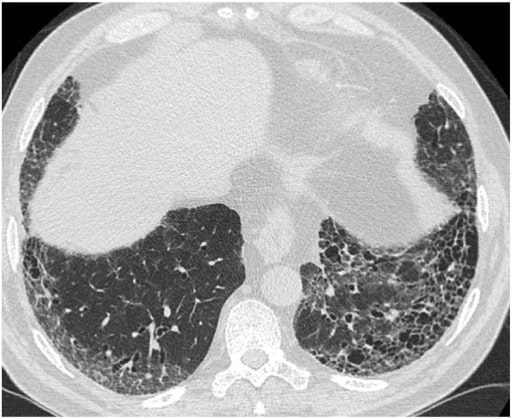 Which of the following findings is seen in restrictive lung disease?

Which of the following restrictive lung diseases will show a normal A-a gradient?

Which of the following restrictive lung diseases would show an elevated A-a gradient?

Which of the following drugs can cause restrictive lung disease?

A 72-year-old man comes to the ER with difficulty in breathing. His pulmonary function tests show an increase in the FEV1/FVC ratio, a decrease in DLCO, and an increase in the A-a gradient. Digital clubbing is noted on physical examination. Which of the following is the most likely pathological etiology?