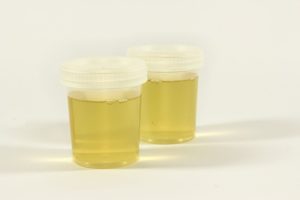 Renal Glucose Reabsorption: Glucose in the Urine & Disease Correlation
The kidney is a key player in glucose hemostasis by two mechanisms. It filters and reabsorbs glucose from the urine and it releases the sugar during times of fasting through gluconeogenesis. Here you will read everything about it.
read more
Load more
Share
Ask Questions
Take Notes
Download Slides
Report Mistake
Comments
show all Show less
My Notes
show all Show less
Learning Material 2
show all Show less
Report mistake
Transcript
0 of 0

The lecture Overview and Calculations – Renal Glucose Transport and Reabsorption by Carlo Raj, MD is from the course Renal Diagnostics.

Which of the following segments of the nephron contains the highest concentration of Na/K ATPase?

How would you calculate filtered load of a substance (which is 100% filtratable) in the kidney?

Under what circumstances is filtered load greater than excretion?

What is the transport maximum (Tmax)?

What is the relationship between glucose clearance and glomerular filtration rate (GFR) in the event that glucose transporters are blocked?

Which of the following statements about PAH is INCORRECT?

What is the relationship between filtered load and excretion rate of glucose in a patient with a plasma concentration > 370 mg/dL?

What is the plasma concentration at which a substance begins to appear in the urine?

Which of the following statements about splay is CORRECT?