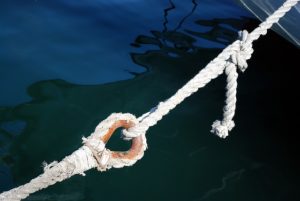 00:01 There are threats to reliability, for example, consider a poor sampling strategy. Let's say I'm trying to measure the average age of my population, now I'm going to sample several groups of people from my population and measure their average ages and use that information to extrapolate about the rest of the population. So let's take a selection from the old folks home and I get average age over 60. And I take a selection from high school and I get an average age around 15. Every time I make a sample from a different part of my community I'm getting a different estimate. That's unreliable. That's because my sampling strategy was poor, it was not representative. So a poor sampling strategy results in unreliable estimate. Sometimes it's instability in the thing that I'm measuring, consider if I'm using a blood pressure cuff to measure blood pressure in an individual, that's my study, I'm measuring blood pressure, but I'm measuring them at different times of the day, as you may know, blood pressure changes throughout the day depending upon how awake you are, how horizontal you are, maybe what you've eaten. So unless I'm being consistent in how I'm measuring something, I might get different answers all the time. 01:11 That's unreliability. Sometimes there are divergences in observers. So consider this, maybe I want to measure the mood of a group, several classes that I'm teaching maybe I care about how happy they are. Now I'm going to have various judges or raters tell me, on average that class seems 6.5 happy, that class seems 7.3 happy. The problem with that is, different people have different ideas of what happiness is, so the different raters will have different opinions and give me different responses, that also is lack of reliability. 01:47 Let's talk about validity. There are in general two types of validity, two large categories, the first is internal validity and that's when in the context of my study itself what I observe is true, only within the context of my study. So the relationships between variables that I've observed and measured is real, that case my study is internally valid. External validity however is when I take the results from my study and try to apply it to the real world, that's external validity, internal, within the study, external, outside the study. So consider internal validity, we have to ask ourselves, could there be alternative causes or explanations for the relationship between a risk factor and an outcome that I have observed? We have to ask that question, if there can be other possibilities that reduces the internal validity that I think my study might have. Certain requirements exist for internal validity and these may seem familiar to you, because three of them are from the Bradford Hill criteria. The first is temporality, does the exposure that I've observed come before the outcome that I've observed, that's important. The strength, the relative risk, the odds ratios. Is it strong? If it's strong, there's a heightened likelihood that my study is internally valid. And is it biologically plausible? Does it make sense scientifically? If so, then it's a higher likelihood that my study is internally valid. Things that may challenge internal validity include confounding. You may recall what a confounder is. A confounder is a variable that either creates an artificial or spurious relationship between an exposure and an outcome or it's a variable that masks a real relationship. We have to control for confounding in order to maximize our chances of good internal validity. Also selection bias. If I am choosing my subjects in such a way that I cannot be guaranteed that the relationship I'm observing is real, that's selection bias.

The lecture Reliability by Raywat Deonandan, PhD is from the course Validity and Reliability.

An invalid test cannot demonstrate high reliability. Is this true or false?

Which of the following is not a threat to reliability?

Which of the following terms refers to the extent to which a study shows a true causative relationship between a variable and an outcome which also eliminates alternative explanations for the study's findings?