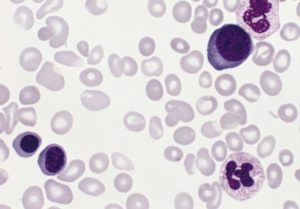 Polycythemia — Symptoms, Causes and Treatment
Red blood cells perform an important function of supplying adequate oxygen to all tissues. Increased synthesis of these red blood cells, arising either de novo or secondary to other conditions, is called polycythemia. Read on to find out more about the different types of polycythemia and how they may present.
read more 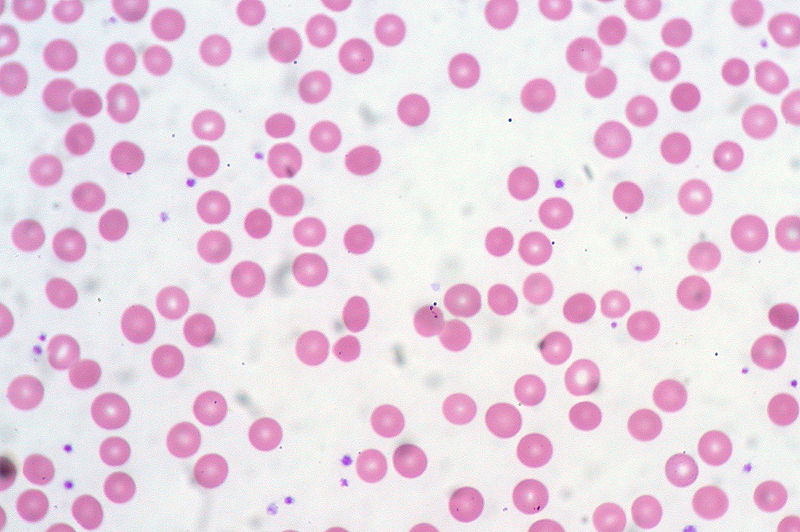 Anemia: Overview
Anemia is a condition in which individuals have low Hb levels, which can arise from  various causes. Anemia is accompanied by a reduced number of RBCs and may manifest with fatigue, shortness of breath, pallor, and weakness. Subtypes are classified by the size of RBCs, chronicity, and etiology. Anemia may occur from blood loss, decreased RBC production such as in iron deficiency, or increased RBC destruction such as in hemolysis. Management is aimed at improving Hb levels and treating the underlying conditions.
read more
Load more
Share
Ask Questions
Take Notes
Download Slides
Report Mistake
Comments
show all Show less
My Notes
show all Show less
Report mistake
Transcript
0 of 0

01:55 And at the top, you'll see three categories and the middle, reduced bone marrow erythroid activity due to problems with general bone marrow function, aplastic anemia or leukemia. 02:08 Now, on the right, you'll see ineffective red cell formation due to disorders such as inflammation. 02:14 And on the other side, we'll see nutritional deficiencies, iron, vitamin B12 deficiency. 02:21 And you'll see that all of those feed down into a failure of production of the red cells by the bone marrow. 02:28 On the left of the bottom line, you'll see two causes of loss or destruction of red cells, bleeding or increased destruction through hemolysis. 02:39 And finally on the right hand side, an unusual cause of anemia which is where it's just apparent because of dilution of the red cells by an increased plasma volume. 02:51 Let's look at this in a little more detail, particularly on the decreased production of red cells. 02:57 As a key factor here to remember, you may get to decrease the production of red cells because of a complete bone marrow failure. 03:08 Now, in that case, all the blood cells in the blood will be reduced, the white cells and the platelets. So, it's normally quite apparent. 03:18 All the reduction in red cell production can be specific just to red cells and that can be due to factors such as nutritional deficiency of iron and vitamins which are needed for hemopoeisis. 03:34 It can occur through inherited disorders of hemoglobin, or due to chronic diseases or kidney problems. 03:43 But I'll discuss these in a little more detail. 03:46 Now, one useful approach for trying to sort out these different sorts of anemias is the size the red cell. 03:55 You see along the top there in blue, the anemia type can be classified into those three groups. 04:02 Microcytic and hypochromic disorders, what does that mean? Microcytic, small red cells, hypochromic, a reduction in the amount of hemoglobin so that they don't stain as well on the blood film. 04:17 That's one major classification. 04:20 If we follow that line down, you will see that the red cell indices show that the MCV and the MCH, that means mean cell volume and the mean cell hemoglobin are both low. 04:34 You'll see at the bottom, iron deficiency and thalassaemia are the causes. 04:39 I'll address that in a minute. 04:41 In the middle section, normocytic, normochromic. 04:45 Normal size, normal amount of hemoglobin, you'll see there that the red cell indices are normal, and at the bottom, a range of possible causes. 04:55 Blood loss, haemolysis, chronic disease, or marrow infiltration. 05:00 And on the final slide section, macrocytic disorders. 05:05 You'll see here, the MCV and MCH are actually increased. 05:10 These are big red cells carrying more hemoglobin and the major cause is a megaloblastic anemia. 05:17 Let's look at that in a little more detail. 05:20 Microcytic red cells are seen in two major disorders. 05:26 That's a key point to remember. 05:28 Two major diagnosis, of which iron deficiency is the more common. 05:34 Thalassaemia is the other major disorder and that's an imbalance in the production of the globin chains, alpha and beta. 05:44 Normocytic red cells, normal-sized red cells, are observed in disorders with the bone marrow, inflammatory diseases, or where the kidney is not functioning properly, renal disorders, and that is due to a reduction in erythropoietin production. 06:02 Finally, large red cells, macrocytic red cells, are a feature of vitamin deficiencies, particularly vitamin B12 and folic acid. 06:12 I should also mention hemolysis here, hemolytic disorders, where red cells are being destroyed. 06:18 They're normally normocytic, but they can be occasionally macrocytic because young red cells reticulocytes, are slightly larger than red cells and they may just push the MCV up just a little into the macrocytic range. 06:34 Now, the opposite of anemia is polycythemia. 06:41 That's when you have too many red cells in your blood. 06:44 Now, this can cause problem because the blood gets very thick, very viscous, and it gets quite hard for the heart to pump this thick blood around the body. 06:55 And it can also increase the risk of thrombosis, blood clotting. 06:59 Not quite a serious concern. 07:01 Now, polycythemia can be a natural response of the body trying to adapt to hypoxia, reduction in oxygen tension. 07:12 And this can occur quite commonly in people who smoke heavily, who have lung problems, or indeed, live perhaps at high altitude. 07:21 Now here, we see the body trying to respond to this hypoxia by increasing erythropoietin. 07:28 If we took a blood test from these patients, we would see that the erythropoietin level is high. 07:33 However, this can also occur in patients who develop a clonal expansion of red cell precursors in the bone marrow, called polycythemia vera. 07:46 And here, erythropoietin level is normal or reduced. 07:50 The bone marrow is essentially out of control. It's not responding to erythropoietin. 07:55 It's growing autonomously on its own, producing too many red cells. 08:01 You'll see on the right hand side of the slide, and I wonder if you can associate this with polycythemia. 08:08 Well, if you notice carefully, the patient here has nails which are just slightly blue, cyanotic as we call it. This patient is hypoxic. 08:18 You may also notice that the patient's nails are clubbed. They're very rounded. 08:23 This is a patient who had a long standing heart defect, leading to cyanotic problems with the blood and that can lead to very think blood, very high hemoglobin, because of increased levels of erythropoietin.

The lecture Red Cell Disorders – Diseases of the Blood System by Paul Moss, PhD is from the course Hematology: Basics.

Which process is unrelated to anemia?

In which disease do clients have a blood picture of microcytic hypochromic anemia?

Which effects are expected in patients with megaloblastic anemia?

Which of the following is seen in patients with acute blood loss?

Which complication is associated with polycythemia?

Which factor causes EPO to be normal or decreased although there is an increase of the red cells?