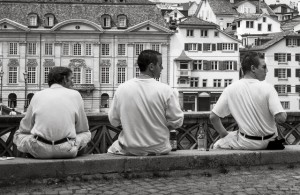 The lecture Psychoanalytic Perspective – Personality (PSY) by Tarry Ahuja, PhD is from the course Individual Influences on Behavior.

Which theory states that a person's unconscious thoughts, memories, and feelings influence their personality?

If people are focused on immediately receiving something whenever they desire it, what are they said to be ruled by?

Which personality component is being used by a teen who wants to eat a slice of cake at 6 PM but instead chooses to eat dinner first and later eat ice cream?

A middle-aged man chooses to give up his job to become a volunteer in underserved areas to improve the lives of other people. What type of personality perspective is he showing?