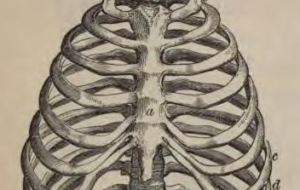 Thoracic Trauma: Management of Tension Pneumothorax, Rib Fracture, Pulmonary Contusion
Thoracic traumatic injuries can be generally classified according to the mechanism of injury as blunt or penetrating chest injuries. Chest injuries can be also classified according to the site of injury as chest wall, lung, heart, major blood vessel, and esophageal injuries. The extent and specific type of thoracic traumatic injury can be identified by a proper history and physical examination that is supported by adequate imaging studies. The treatment includes fluid therapy and oxygen supplementation in addition to specific treatments depending on the specific type of injury.
read more
Load more
Share
Ask Questions
Take Notes
Download Slides
Report Mistake
Comments
show all Show less
My Notes
show all Show less
Learning Material 2
show all Show less
Report mistake
Transcript
0 of 0

The lecture Pneumothorax by Jeremy Brown, PhD is from the course Pleural Disease.

Which of the following patients with pneumothorax is considered to have a primary spontaneous pneumothorax?

Which of the following physical findings is NOT a compatible with pneumothorax?

Which of the following percussion notes is most characteristic of pneumothorax?

Which of the following is FALSE regarding the treatment of pneumothorax?

Which of the following is the most appropriate next step in the management of a patient with a second episode of ipsilateral primary spontaneous pneumothorax?