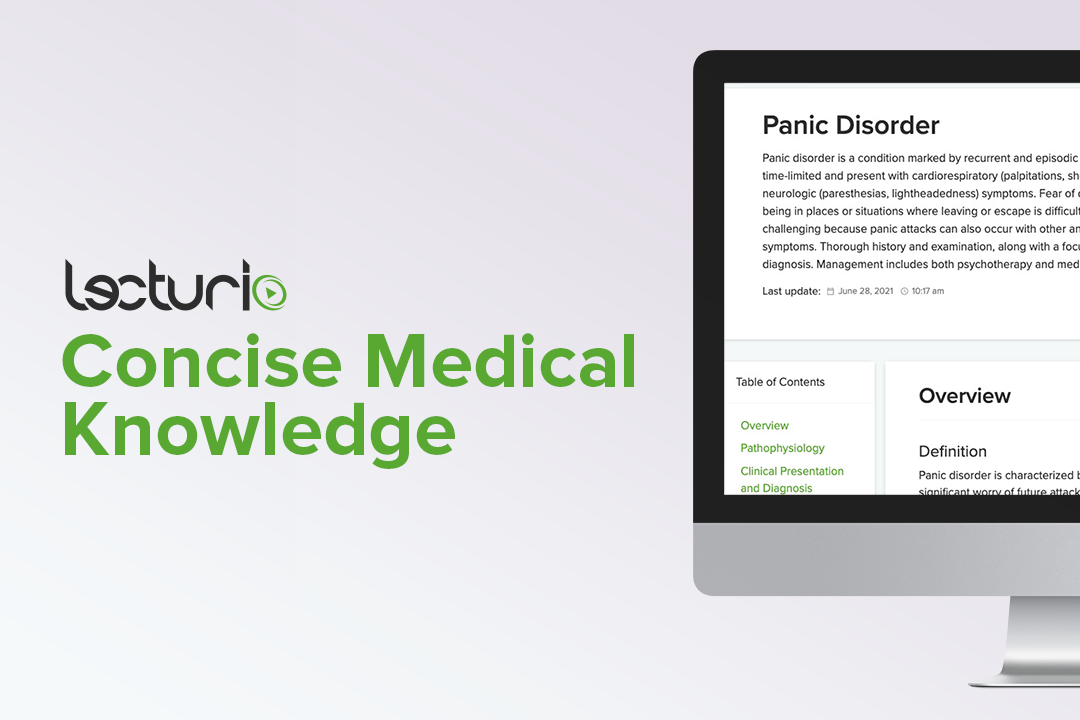 Panic Disorder
Panic disorder is a condition marked by recurrent and episodic panic attacks that occur abruptly and without a trigger. These episodes are time-limited and present with cardiorespiratory (palpitations, shortness of breath, choking), GI (nausea, abdominal distress), and neurologic (paresthesias, light-headedness) symptoms. Fear of dying or going crazy can occur. Patients may develop agoraphobia (fear of being in places or situations where leaving or escape is difficult). These findings lead to impaired daily functioning. Diagnosing panic disorder is challenging because panic attacks can also occur with other anxiety and mental disorders. Additionally, organic diseases can have similar symptoms. Thorough history and examination, along with a focused workup (based on patient age, risk, and comorbidities) aid in the diagnosis. Management includes both psychotherapy and medications (selective serotonin reuptake inhibitor (SSRIs) and serotonin–norepinephrine reuptake inhibitor (SNRIs)).
read more 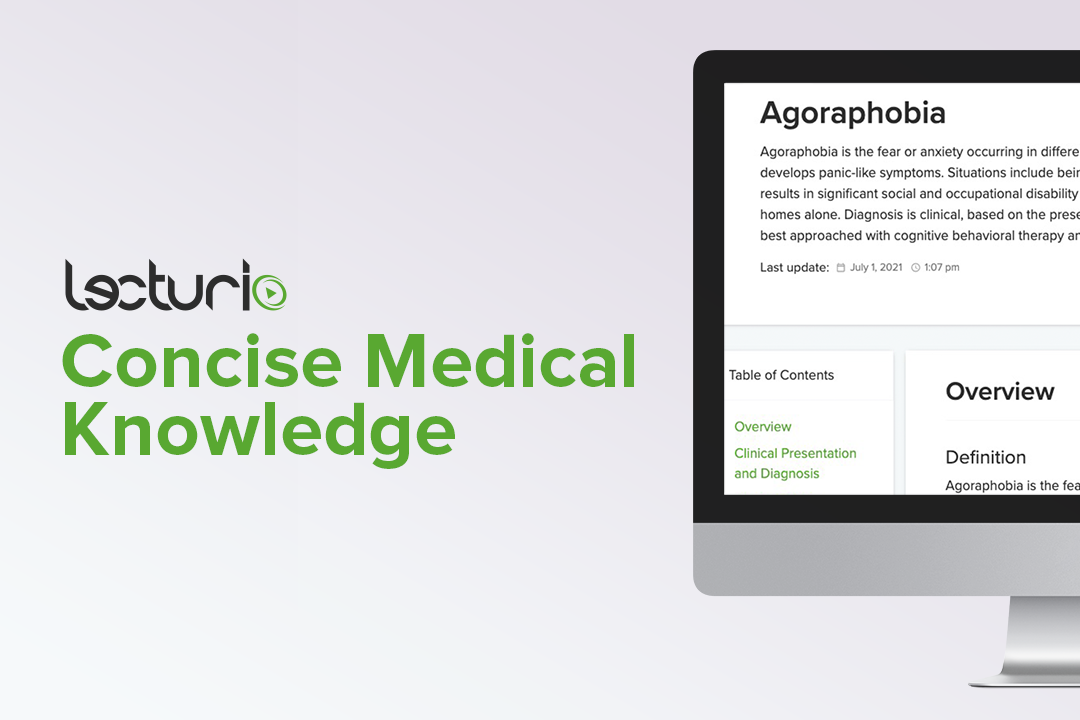 Agoraphobia
Agoraphobia is fear or anxiety in a situation that would be difficult to leave or to obtain help in the event that one develops panic-like symptoms. Situations include being in public or open spaces, lines, crowds, or public transport. If severe, the condition results in significant social and occupational disability in which patients actively avoid the situation, and in certain cases, refuse to leave their homes alone. Diagnosis is clinical, based on the presenting symptoms. Agoraphobia occurs frequently with panic disorder. Management is best approached with CBT and medications (selective serotonin reuptake inhibitors (SSRIs)).
read more
Load more
Share
Ask Questions
Take Notes
Download Slides
Report Mistake
Comments
show all Show less
My Notes
show all Show less
Learning Material 2
show all Show less
Report mistake
Transcript
0 of 0

The lecture Panic and Agoraphobia by Helen Farrell, MD is from the course Anxiety and Stress-Related Disorders. It contains the following chapters:

Which of the following statements regarding panic attacks is FALSE?

Which of the following disorders commonly accompanies panic disorder?

PTSD can be defined as…

Which of the following is NOT a vulnerability factor for panic disorder?

Which of the following receptors are responsible for panic disorder?

Which of the following statements best describes agoraphobia?

Author of lecture Panic and Agoraphobia