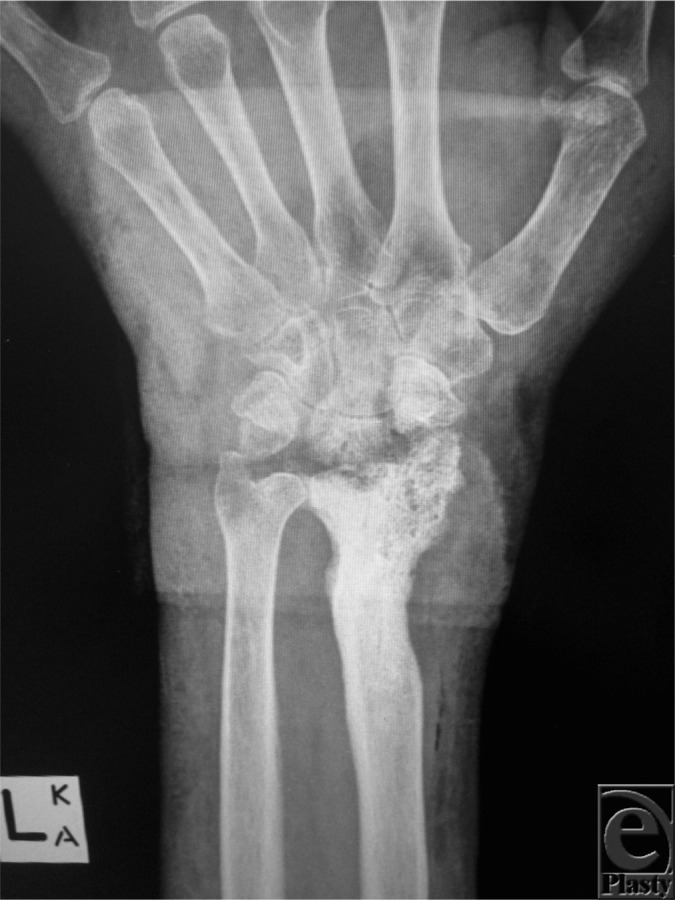 Osteomyelitis
Osteomyelitis is an infection of the bone that results from the spread of microorganisms from the blood (hematogenous), nearby infected tissue, or open wounds (non-hematogenous). Infections are most commonly caused by Staphylococcus aureus, but a variety of organisms have been linked to osteomyelitis. The majority of patients present with pain, redness, and swelling of the affected site, and may have associated symptoms such as fever and chills. Laboratory values will demonstrate elevated WBC, CRP, and erythrocyte sedimentation rate (ESR) in most cases. The most sensitive and specific imaging modality to diagnose osteomyelitis is MRI. Management may require long-term antibiotics and potential surgical debridement.
read more
Load more
Share
Ask Questions
Take Notes
Download Slides
Report Mistake
Comments
show all Show less
My Notes
show all Show less
Learning Material 2
show all Show less
Report mistake
Transcript
0 of 0

00:00 Osteomyelitis is when the bone is infected as opposed to the joint. This is more common in boys than girls and just like septic arthritis, more common in children under 5 years of age. 80% of osteomyelitis occurs in tubular bones and half of it is in the femur, the tibia, or the fibula, so the legs are particularly prone. This is probably because the legs are most prone to accidental trauma. Remember, trauma is part of the pathophysiology of this disease. First they bang into something, then they have a transient bacteremia and the bacteria sets up shop in that bone. So, the legs are particularly prone. Patients will present with a persistent fever. 00:45 They will usually have pain over an area of involvement. Generally, children with leg osteomyelitis may refuse to walk as their primary symptom. Occasionally, we will see abdominal pain and constipation in children with vertebral osteomyelitis, which is rare but we do see it. So, when you see a patient with osteomyelitis, you should have a differential diagnosis. It might be osteo, it might be something else going on. One unfortunate possibility is leukemia. Roughly 20 to 30% of patients with leukemia in the childhood age will present with bony pain and they certainly can have fever. Bone cancer can also present this way. Patients with accidental fractures may have leg pain and then, oh by the way, they also have a fever that’s just from a common cold or some other infection. There is also a condition that is fairly unique that can present very much like osteomyelitis. This is called chronic recurrent multifocal osteomyelitis or CRMO. CRMO is an autoimmune condition which causes multiple areas of inflammation in bone. It’s associated with inflammatory bowel disease but can absolutely occur on its own. So, if we suspect osteomyelitis, it’s important to get a blood culture because just like septic arthritis, this is positive in about half of patients. Once again, we’ll usually get a white count, a sed rate, and a CRP and those should all be up. Diagnosis is really made by MRI. The MRI lights up really obviously when a bone is involved. In fact, it’s so sensitive sometimes we worry that the bone isn’t really involved and we’re overtreating these patients. We no longer use bone scan because there’s a high degree of radiation and the MRI is so effective. An x-ray such as this may show some signs of osteomyelitis but that’s generally 2 or 3 weeks after the infection. So, an x-ray is a poor choice for looking for an acute osteomyelitis. That said, we often get the x-ray for fear of concern that we’re wrong about our diagnosis and maybe this is just a fracture. So, how do we manage osteomyelitis? The jury is still out on when we should actually do surgical debridement. Some infectious disease experts wish we would always do surgical debridement because they feel like getting the bacteria is so critical. Many folks believe that surgical debridement in every case is excessive and we should really only go in and try and get a sample of this when there’s a substantial abscess or something else or drainage is likely to improve the rate of improvement that these children are getting better at. So, most of us don’t believe that every child requires an orthopedic surgeon, but some of them certainly do. If there’s an abscess or a complicated infection, we not only might do surgery but we also might consider empirical MRSA coverage such as clindamycin as opposed to treating empirically at first shot with something more narrow coverage like a first generation cephalosporin. Generally, we’ll start with a first generation cephalosporin unless we suspect MRSA based on how much it is an abscess and then we’ll continue that first generation cephalosporin and then transition to oral antibiotics when they’re improving. We can measure improvement by a reduction in fever or by a reduction in the CRP value as you get it. Typically, most providers are providing long courses of antibiotics right now but there is some early evidence that we can be a little bit shorter in terms of our duration of therapy. We’ll see where that goes. Regardless, as you’re on antibiotics, we do recommend weekly CRPs for signs of resolution or recurrence. Remember, transition to oral antibiotics is key in these patients. We don’t need to be getting PICC lines. In fact, PICC lines are associated with a worse outcome because of the complications of the PICC lines. So, let’s talk about antibiotic selection. We usually start with IV cefazolin and then transition to oral cephalexin once they’re feeling better after several days. If we suspect MRSA because there’s a very gross abscess or significant tissue invasion, we may start with IV clindamycin. Remember, there is some MSSA that’s resistant to clindamycin but sensitive to cefazolin, so choosing your antibiotic can be tricky and that's why getting an organism can be helpful. If a patient is severely ill, for example in toxic shock, we would add vancomycin because of our concern about the potential of resistant organism going unchecked. Let’s talk a little bit about CRMO quickly. This is a non-infectious osteomyelitis. 05:49 Usually, they have multiple foci or they present with 1 osteomyelitis and then another and then then another and we realize something’s not right. These patients will not have any bacteria. 06:00 This is not a bacteria illness. It’s a chronic illness. It’s controlled with immune suppression and it’s becoming more and more commonly recognized. It is generally associated with other systemic illnesses like IPD but absolutely can happen on its own. So, that’s my review of septic arthritis and osteomyelitis in children. Thanks for your time.

The lecture Osteomyelitis (Bone Infection) and Chronic Recurrent Multifocal Osteomyelitis (CRMO) in Children by Brian Alverson, MD is from the course Pediatric Infectious Diseases. It contains the following chapters:

Which of the following is the best imaging modality for suspected osteomyelitis in children?

Which of the following is the antibiotic of choice in patients with MRSA osteomyelitis?

Which of the following is often the primary symptom of osteomyelitis in children?