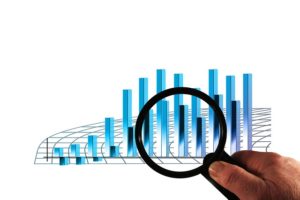 Attributable Risk and Odds Ratio
This article discusses the concept of ‘association’ in biostatistics. Measures of association assume categorical or continuous level of data. The article also discusses in detail three kinds of risks and odd ratio. Attributable risk is also known as excess risk which is calculated when individuals or subjects in a research are assembled on exposure status. Population attributable risk is also discussed which indicates reduction in an incidence which may be observed in case the whole population were completely unexposed.
read more
Load more
Share
Ask Questions
Take Notes
Download Slides
Report Mistake
Comments
show all Show less
My Notes
show all Show less
Learning Material 2
show all Show less
Report mistake
Transcript
0 of 0

00:01 Okay now we're going to move on and talk about the odds ratio, which is like a relative risk but slightly different. You'll probably come across odds ratios a lot when you read medical literature, you probably have already. Remember when we set up our contingency table as we always do, a contingency table up to this point has assumed that we can compute incidence rates. What if we can't compute incidence rate? Remember relative risks depend on incidence rates. The relative risk is the absolute risk, which is an incidence rate in the exposed group divided by the absolute risk in the unexposed group. Now remember, case-control studies cannot measure incidence. They cannot, so what do you do, I can't compute a relative risk for a case-control study, we need something to estimate the relative risk. Can you guess what that is? You probably can. It's the odds ratio, we mentioned it already. So the odds ratio can be used to estimate a relative risk, but only when the disease is rare. How do we define rare? There is some debate on that issue, but most people kind of agree that if the prevalence of a disease is about 10%, then the odds ratio can be used to estimate a relative risk. That's the major application of a knowledge ratio, estimating a relative risk. However, a lot of the more complicated analyses, like a logistic regression analysis for example, gives us odds ratios for a variety of contexts, so you may encounter odds ratios in a variety of your reading, don't be afraid of it, it's just a kind of relative risk. 01:34 It's a kind of way of measuring how much risk does this exposure purport to give versus lack of that exposure. So again, we go back to our contingency table, this is where all the wisdom and all the techniques arise from, making this table correctly. It's important now to remember what odds are, odds versus probabilities. The odds of something happening is a probability of that thing happening divided by the probability of that thing not happening. 02:02 So in our contingency table, the odds of the outcome happening or the probability of that outcome happening divided by the probability of it not happening, in other words, a over c. 02:12 So that's the odds of the exposure in the diseased group. 02:20 Now the odds of the exposure in the undiseased group is given by b over d, following the same kind of logic. The ratio of those two odds is my odds ratio. If I divide those two, I get the odds of exposure amongst the diseased divided by the odds of the exposure amongst the undiseased, or a divided by c all divided by b divided by d. There is a lot of dividing going on. I can simplify that formula a bit this way; it's is just a times d over b times c, the cross products, dividing the cross products. 02:53 Now let's work through an example. Let's say we had a case-control study, using six patients with Creutzfeld-Jakob disease. You may know what Creutzfeld-Jakob disease is. It's a kind of human mad cow disease, really rare, and we have 10 subjects without Creutzfeld-Jakob disease and we want to see how much of that disease was likely due to them having eaten beef, because we think that beef is a risk factor for Creutzfeld-Jakob disease. So I start with my contingency table, let's say that these are my data, keep in mind this is hypothetical artificial data. In real life the data would be quite different from this. 03:32 If you look carefully you'll see that I have a total of about 16 patients here and only six of those 16 have Creutzfeld-Jakob disease, that's a pretty high prevalence. Really the Creutzfeld-Jakob disease is far rarer than this, so this is artificial data. Now let's computer our odds ratio. Odds ratio is going to be the cross products divided over each other, 3 times 6 divided by 3 times 4 or 1, what does that mean? It means that the odds of CJD are 50% higher in the group that ate beef and that lends credence to the idea that beef is a risk factor for Creutzfeld-Jakob disease. 04:16 So some final thoughts on relative risk and odds ratio. When we're dealing with ratios, things divided by themselves, the magic number to think about is 1, if I divide something by itself, I should get 1. If on the other hand, I get a number bigger than 1, then I know something positive is happening. In other words the exposure is associated with the outcome. If I get a number less than 1, something negative is happening, in other words the exposure is protective against the outcome. So how much bigger than 1 or smaller than 1 that depends on your opinion. In general we would like to say that 1.5 or 2 are fairly significant relative risks or odds ratios. If you find numbers of that magnitude or greater, probably something profound is happening with respect to the relationship between the exposure and the outcome. 05:06 So what have we learned? We've learned about the major measurements, relative risks and odds ratios. We've learned about what they mean and when to use them. We've learned that relative risks are used in cohort studies and odds ratios in case-control studies because relative risks are about incidence rates and cohort studies can't compute incidence rates which case-control cannot. We've learned about attributable risk, two kinds in particular, the population attributable risk and the attributable risk in the exposed group. We've learned in another lecture about relative risk reduction and absolute risk reduction as well. Now you're

There is a diarrhea outbreak at a picnic of 100 people. You investigate and find that 60 people got diarrhea and 40 did not. Of the diarrhea cases, 42 had eaten the potato salad. Of the 40 people without diarrhea, 15 had eaten the potato salad. Compute the odds ratio of the association between eating potato salad and getting diarrhea, and make a conclusion about whether the salad was the likely cause of diarrhea. If you compute the odds ratio of the relationship between potato salad and diarrhea, would this be a good approximation of the relative risk? Why or why not?

Relative risks can be computed for case-control studies. Is this true or false?