No Net Force at the Equilibrium 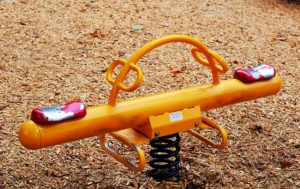 Torque and Equilibrium
The definition of equilibrium is defined in the word itself. It deals with equal parts implying a balance. If an object has forces acting on it, the object may undergo motion.
read more
Load more
Share
Ask Questions
Take Notes
Download Slides
Report Mistake
Comments
show all Show less
My Notes
show all Show less
Learning Material 2
show all Show less
Report mistake
Transcript
0 of 0

The lecture No Net Force at the Equilibrium by Jared Rovny is from the course Equilibrium.

Which of the following statements is TRUE about static equilibrium?

What is the difference between translational and rotational equilibrium?

Using the regular sign convention for angular motion, in what direction is the angular rotation of the hands of a clock?

Author of lecture No Net Force at the Equilibrium