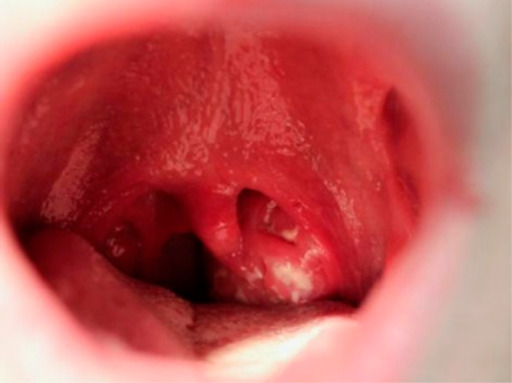 00:00 In this lecture, we’ll discuss Mononucleosis. So, mononucleosis is mostly caused by the Epstein-Barr virus. Although rare, it can be caused by other things such as CMV or cytomegalovirus. Also, it could be caused by HHV-6, adenovirus, toxoplasmosis, HIV, but the vast majority of the time we’re talking about the Epstein-Barr virus or EBV. Generally, when patients present with mononucleosis, this is a very common phenomena. We see it a lot in adolescent years. However, most children are actually zero positive by the age of 4. This means that there are a lot of people who get EBV who have no symptoms at all. In fact, 95% of them will have the disease before they become adults and less than 10% of people who get the disease actually get symptoms. 00:55 So, mononucleosis is generally spread by oropharyngeal secretions such as sharing utensils, or kissing, or coming into close contact with others who have the disease. The incubation period for the EBV virus is approximately 4 to 8 weeks and if patients have an insufficient immune response it may result in a more severe EBV-associated illness. So, let’s drill down on the classic symptoms of mononucleosis. Typically, this will be a child with fever, lymphadenopathy, an exudative pharyngitis and that is key, it’s usually exudative and about half will have splenomegaly. 01:41 They may have very significant lymphadenopathy. While patients do often get a mild hepatitis, it would be very unusual for patient actually to develop hepatomegaly. Testing for mononucleosis is usually fairly straightforward. Our first line test is the Monospot test or the spot agglutination assay. There is a high rate of false negatives for the spot agglutination assay in children who are less than 4 years of age. In those children, we might start with titers; however, the Monospot test is a lot cheaper, so often we will start with that but if it’s negative then proceed to titers if for some reason testing is important. In most patients, you don’t actually need a test, you can make a clinical diagnosis and then give patients advice about how this will likely go. However, in patients where the disease is going to go along for a long time, patients and families may want to have a diagnosis so they understand that eventually this will get better. Regardless if the Monospot isn’t good enough for you, we can also get the more expensive EBV titers. Keep in mind though that EBV titers have a higher false negative rate early in disease. 03:00 If a patient has only had symptoms for 3 or 4 days, there is probably no reason to get an EBV titer because even if they have EBV, it will be negative. Typically, a CBC may show something called atypical lymphocytes. Usually, more than 10% of the white cells will be atypical lymphocytes. 03:21 This is fairly common but you can’t hang your hat on that because certainly patients may have a normal number of atypicals and have EBV and others may have high atypicals and have a different virus. Often, patients will have a mild transaminitis. We usually see the ALT and AST in the 200, 300, 400 range. It’s not usually highly elevated. Like I said before, these patients usually do not have a hepatomegaly. A rapid strep is often performed because people see all the purulence in the back of the throat and think this must be a bacterial infection. Keep in mind, EBV tends to cause a very purulent pharyngitis, which may look like strep throat but in fact isn’t. One thing that is important to remember about EBV is that amoxicillin is contraindicated. The reason why this is important is people may look at the back of the pharynx and presume “Oh this must be strep throat” and provide the patient amoxicillin. The reason it’s contraindicated is because it causes this typical very severe rash. We don’t know why this happens but this is associated with EBV infection and provision of amoxicillin. Treatment for the rash is supportive. Don’t give steroids, don’t give other medication, simply stop the amoxicillin. For care for these patients, we really just want them to get through the illness. The mainstay of the therapy is NSAIDs for the relief of pharyngeal pain. Sometimes the pain in the throat can be very severe and patients could have a hard time swallowing. Another good drug is Magic mouthwash which is an equal mix of viscous Lidocaine, Benadryl liquid, and Maalox. We mixed these together and have them gargle and spit it out. Adolescents often need to be encouraged to gargle very deep in their throat, otherwise, they won’t try very hard or will say “Oh, it only made my tongue numb.” They have to get it backward, it hurts. In very severe cases, we can resort to oral opiates as a way of relieving pain but watch out because in any patient with upper airway edema, if you then provide oral opiates, you have to worry about airway obstruction if you overprescribe. 05:31 Generally, for the management of mononucleosis, it’s important to counsel families about the potential duration of illness. Mononucleosis can go for weeks and so we need to let people know that that’s something they can expect. Avoidance of sports is important in patients with a large spleen, especially contact sports. This is because with the directed to the spleen, they may incur rarely internal bleeding and splenic rupture. One thing that people sometimes think about doing for patients with sore throat is providing steroids. We should really reserve steroids for patients with airway obstruction. For the simple pharyngitis, steroids have not been found to be effective in mononucleosis and there’s a risk for a blunted immune response to the virus. 06:22 So that’s a quick review of Mononucleosis in Children. Thanks for your time.

The lecture Mononucleosis (Mono) in Children by Brian Alverson, MD is from the course Pediatric Infectious Diseases. It contains the following chapters:

Which of the following statements about testing for mononucleosis is true?

Which of the following is the LEAST likely cause of infectious mononucleosis?

Why should patients with infectious mononucleosis avoid participating in contact sports?

Which antibiotic is contraindicated in patients with infectious mononucleosis due to the adverse reaction it causes?

When are steroids used in patients with infectious mononucleosis?

I particularly liked the remarks regarding the labs results and steroids.

I particularly liked the remarks regarding the labs results and steroids.