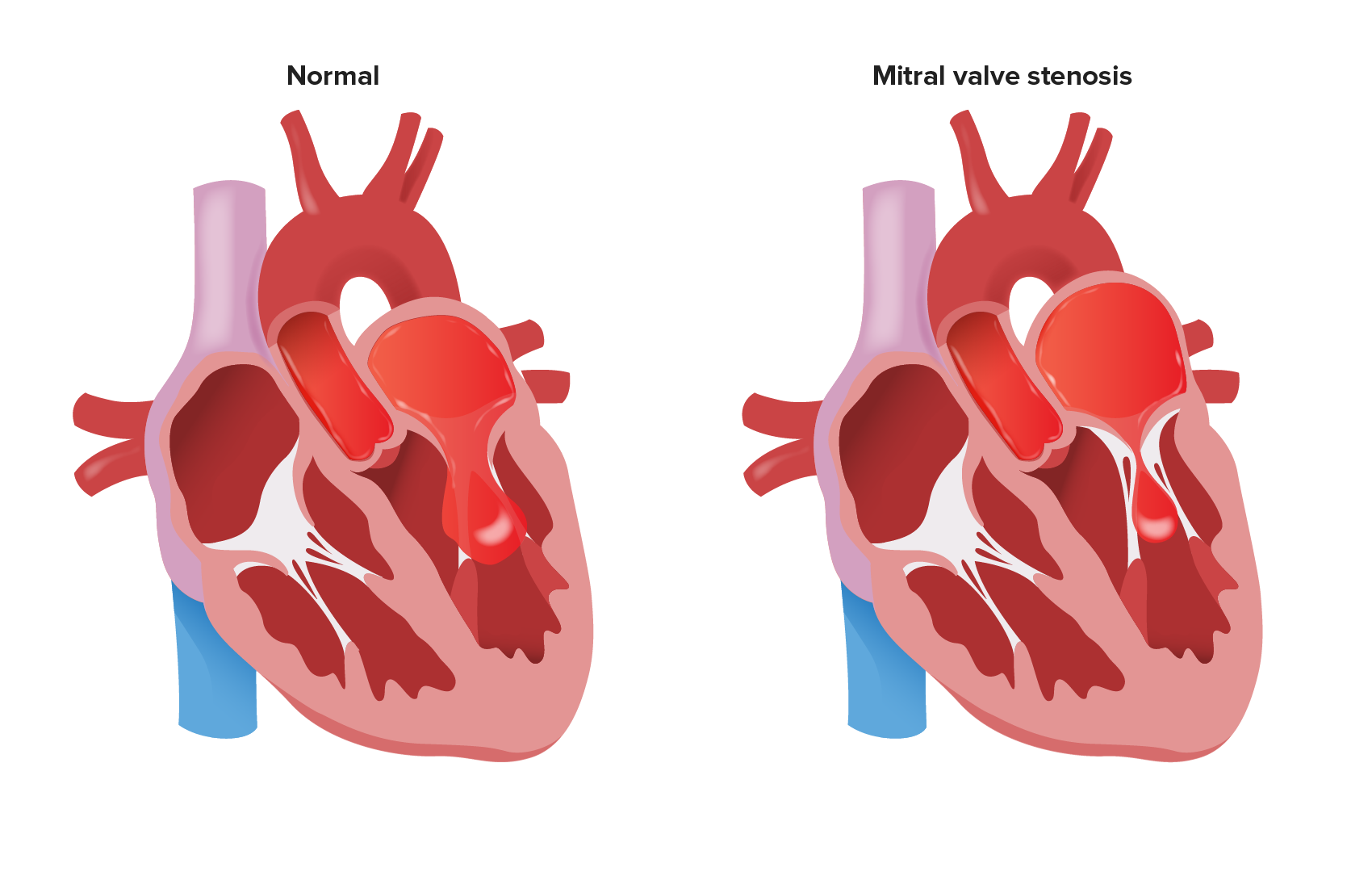 00:01 People always ask me "Dr. Raj, what is the difference between mitral regurg and mitral valve prolapse." Well, this topic of valvular heart disease brings us to issues of the mitral valve in general. Walk you through mitral stenosis and then have you differentiate between mitral regurgitation and mitral valve prolapse. And for learning purposes, please make sure that you distinguish and you keep separate mitral regurg and mitral valve prolapse. Trust me you will make here life so much more easier and you will be the MVP of this particular section. Let us begin. Mitral stenosis is where we are. And before we start you need to conceptualize this. I already have, but it is about me imparting that conceptualization onto you. Mitral valve stenosis, what does that mean? Difficulty with opening. In this case, the mitral valve doesn't want to open. When is the mitral valve supposed to open? During what? Diastole good. During diastole was when the mitral valve was supposed to open, but it does not. And so, therefore, what kind of valvular heart disease would you categorise this as? A diastolic murmur. So now, we have two diastolic murmurs or we will have two diastolic murmurs that we have gone through. The first one being aortic regurgitation. And with aortic regurgitation, it was the fact that the aortic valve was unable to close properly and the diastolic murmur was early, immediately after S2. In this case, well there is a little bit different actually a lot different. And if you were doing an echocardiogram and the mitral valve doesn't wish to open, then your focus clinically is on a patient, exactly like that actually, it wasn't me that have a frog in my throat, it is the fact that my left atrium was obstructing my esophagus. So maybe I have dysphagia and maybe it was disrupting my left recurrent laryngeal nerve hence the soreness or should I say more or less the hoarseness that I was exhibiting earlier. Why? Because the left atrium has been enlarged. 02:30 Is that clear? Now as you as soon your left atrium becomes enlarged, then obviously, things are going to back up into where, please? Pulmonary veins. So you have issues with the lungs. 02:42 Keep that in mind and as you move forward the main distinguishing feature between mitral valve stenosis and mitral valve regurgitation as we shall see will be the size of the left ventricle. And those of you that are already ahead of me know exactly as to what I am referring to and in mitral stenosis, the left ventricle is going to be rather small because you cannot get any blood into it. If that is the case and we have mitral stenosis, and it doesn't want to open during diastole. On your left is the normal picture. On the right, guess what? I cannot open my mitral valve, why? Well, we would get to those etiologies here in a second, but the left atrium becomes rather large and when it does so you can only imagine that those structures posterior to the left atrium are then going to be compromised, including what? The esophagus, your patient is going to be complaining of dysphagia. In addition, there is going to be hoarseness and maybe there will be issues with breathing because of pulmonary edema.

Which of the following is true regarding mitral stenosis?

Which of the following is NOT seen with mitral stenosis?