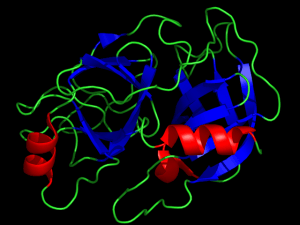 Biotechnology: Analytical Techniques
Biotechnology is an emerging field that allows scientists to use analytical techniques to study the structure and function of biomolecules. Protein purification is an all but mandatory step for studying macromolecules; but this task is not necessarily easy. Several experimental methods, deductive logic, and even a little bit of luck make this possible. Here you'll read about some of the methods.
read more
Load more
Share
Ask Questions
Take Notes
Download Slides
Report Mistake
Comments
show all Show less
My Notes
show all Show less
Learning Material 2
show all Show less
Report mistake
Transcript
0 of 0

Which of the following is true of transciptomics?

Which of the following statements about microarray analysis of RNA is not true?

Microarray analysis enables us to do which of the following?

In a microarray assay, the intensity and shade of the color on the grid indicates which of the following?