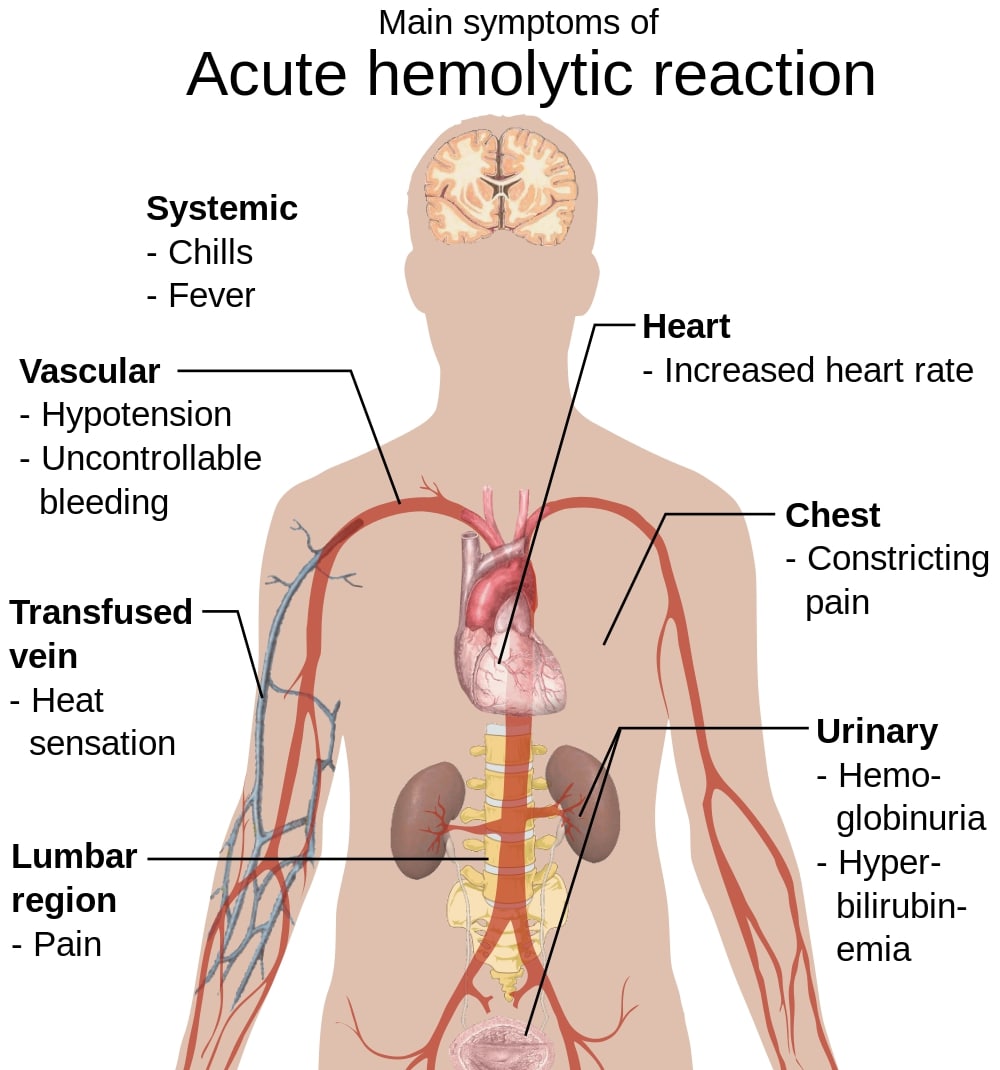 Transfusion Reactions
Transfusion-related complications occur during or after a blood product is given. These complications can be classified as immunologic, non-immunologic and acute, and delayed. Non-immunologic reactions are caused by the transmission of disease in blood products, and immunologic reactions are antigen-antibody–mediated. Symptoms can range from mild itching, chills, and urticaria (hives) to high fever, severe shortness of breath, jaundice, hypotension, or hemoglobinuria. Severe reactions can lead to death.
read more
Load more
Share
Ask Questions
Take Notes
Download Slides
Report Mistake
Comments
show all Show less
My Notes
show all Show less
Report mistake
Transcript
0 of 0

The lecture Introduction – Blood Transfusion by Paul Moss, PhD is from the course Hematology: Basics.

Which factors are exclusion criteria for a person to donate blood? Select all that apply.

Which layer do the platelets settle down on when blood is centrifuged and allows platelets to be separated from it?

What is the approximate amount of whole blood typically given by a donor at a single time?

Which disease is excluded from screening before blood donation?

Which method is used for the screening of donor blood?

Which substance is used in the cross-matching of blood from the donor and the client?

Which antibody is naturally occurring?