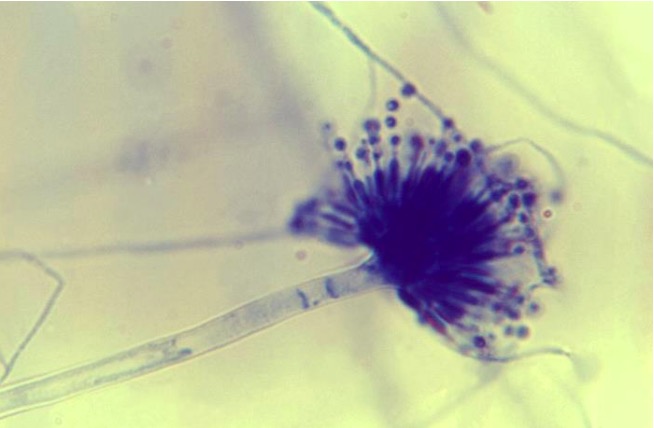 Aspergillus/Aspergillosis
Aspergillosis is an opportunistic fungal infection caused by Aspergillus species, which are common spore-forming molds found in our environment. As Aspergillus species are opportunistic, they cause disease primarily in patients who are immunocompromised. The organs that are most commonly involved are the lungs and sinuses. Invasive aspergillosis can spread hematogenously and may involve the brain, heart, and skin. Symptoms may vary depending on the organ involved, but pulmonary symptoms may include shortness of breath, wheezing, cough, and hemoptysis. The diagnosis is made based on imaging studies, fungal cultures, and analysis of serologic or respiratory samples. Management depends on the presentation but can include antifungal therapy and surgical resection in severe disease.
read more
Load more
Share
Ask Questions
Take Notes
Download Slides
Report Mistake
Comments
show all Show less
My Notes
show all Show less
Learning Material 2
show all Show less
Report mistake
Transcript
0 of 0

00:02 Now in your home, there are lots and lots of different molds, and these are some of the common ones that you could have and they're called Cladosporium, Alternaria, Aspergillus, that may be a name you recognize, and Penicillium, another name you may recognize because that was the original source of the antibiotic, penicillin. So these are all and many more growing in your home, even if you think you have the cleanest home in the world, you will still have molds growing in them, you'll be inhaling the spores on a daily basis and most of you will probably never have a problem with this. However many people are sensitive to molds and the spores that they produce and these can cause stuffiness of your nose, they can irritate your eyes, they can even cause a skin condition and collectively we call this sick building syndrome. It is well known that since we live in a built environment, we live in our homes, we go to work in offices, they all have their own collection of fungi and some people are simply sensitive to it and always associate a certain building with a certain kind of illness. So sick building syndrome refers to the fact that our buildings are filled with fungi and many of us are sensitive to that. So fungi are found not just in your homes, but in many commercial buildings as well and some people for example are fine at home and they go to work and there is a particular fungus there and they have allergies during the day, they're sniffling and sneezing, they go home and they're fine, that is sick building syndrome. 01:46 One of the diseases caused by breathing in spores that are found in your home is called aspergillosis and this is of course a consequence of breathing in spores produced by Aspergillus species. As I said many people breathe spores on a daily basis without ever getting sick. 02:05 But there are people with weak immune systems or maybe lung disease, or if you smoke, this can destroy your immune system in your lung. These individuals are at higher risk for developing illness after inhaling these spores. You can have allergic reactions to the spores, which is a simple matter to take care of, or you can have more serious problems as well, you can get lung infections and the fungus can then spread from the lung to go to other tissues, such as the liver and the kidney and cause infections there as well. So what starts off as a rather innocuous inhalation of spores can become a very serious illness. In addition, a certain species of aspergillus, Aspergillus flavus, produces a toxin, it's called aflatoxin and this is often a contaminant of nuts. If you buy nuts and they happen to be a bit moldy, you probably should not eat them, because if that mold is aspergillus, they can be highly toxic as a consequence of the production of this toxin.

The lecture Indoor Molds – Fungi by Vincent Racaniello, PhD is from the course Microbiology: Introduction.

Which of the following is not an indoor mold?

Which of the following organism causes the "sick building syndrome"?