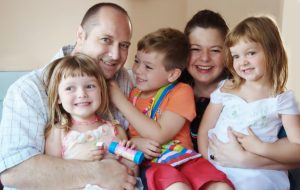 00:00 Now, let’s take a look at Health and Medicine. 00:03 Medicalization is a process by which human conditions and problems come to be define and treated as medical conditions. 00:10 In English, we’re medifying different things. It makes it sort of easier for a society. 00:19 It makes it easier for us to say, “That’s an issue, medically that’s treated, check mark”. 00:25 There's some issues with that. And that not everything needs to be a medical condition. 00:31 So this becomes a subject of medical study, diagnosis, prevention and treatment and you build a whole movement behind a human condition. 00:41 So the sick role means that the sufferer enters a role of what we called sanctioned Deviance. 00:45 So I’m not saying you become a deviant. I’m saying you’re now going against what you’re assigned or agreed upon or role is. 00:53 Again, the sounding a lot of harsher than it is. But say for example, You’re a student, and you’re studying for your MCAT. And your job, your role Is to study, learn, educate, gain knowledge so that you can move on to the next phase which is go to more school. And then the next phase, would be hopefully become a health practitioner. 01:12 Now, in this process while you are studying, you get sick, you catch the flu or you get something else. And now, you’re no longer able to function at your role. And your role was to study and gain knowledge. 01:23 We’ll now you’ve deviated from your role, but this is a sanctioned deviance meaning, We’ve all agreed upon that while you’re sick. 01:30 So it’s okay for you to not do your work. Okay? Say you are a lawyer, and your job is to defend the people but now you get sick. 01:40 So you can't do your role but it’s understood and it’s sanctioned that you’re deviating from that role. 01:45 So from a functional perspective, a sick individual is not a productive member of society. 01:51 That’s kind of harsh, right. So remember, a functional who’s somebody who’s pretty by the book and by the lines saying, “No, this is how it supposed to be”. 01:57 We’ll if you’re sick, you’re sick. You really can't function. 02:01 The function is saying, “Well, because you’re not functioning, you’re not doing your job, You’re no longer a productive member of society. 02:08 This deviance needs to be policed, which is the role of the medical professional. 02:12 In this model, the health practitioner, the doctor kind of acts like the police as well saying, “We’ll you’re not feeling well you’re sick. We’ll how sick are you? Can you actually work? When you are going to return to work? I’m going to mediate, how much time you get away? What is going to be the treatment? And so, sort of blurring the lines of what the health practitioner is doing. 02:34 And we’re also kind of approaching illness whether be psychological or biological in a specific way which is maybe not the most appropriate way. 02:45 We have now actually switch our view and becoming a little bit more I would say up to date. 02:52 And that’s that we actually embraced more than just the medical side of things. 02:57 So the delivery of healthcare is now focused on and it’s anchoring itself on the biopsychosocial model looking at things like socioeconomic status, psychological disposition and the physiological function. 03:11 That is the more current modern view. Which is one of the reasons why these modules now in the MCAT exam. 03:18 Now, the delivery of healthcare is varied based on society, links to access and socioeconomic status and age. 03:26 So we can't just say, “I’m going to medify or medicalize my approach if everybody is not getting the same delivery of healthcare. 03:36 Social epidemiology examines the disparity in health and medicine based on somebody’s social factors and how they impact their health. 03:44 Basically, what I just said. 03:46 And then finally, the illnesses experience refers to the process of being ill and how individuals cope and react and this change at the causes in personal identity. 03:54 Health and medicine plays a really big role in terms of our social outlook, the impact that it has an individuals. 04:02 And we’re also highlighting the disparity that we’re seeing in terms of access to health and medicine.

The lecture Health and Medicine – Social Institutions (SOC) by Tarry Ahuja, PhD is from the course Understanding Social Structure.

Which term describes the process by which human conditions and problems come to be defined and treated as medical conditions?

What does social epidemiology examine in health and medicine based on how someone’s social factors affect their health?