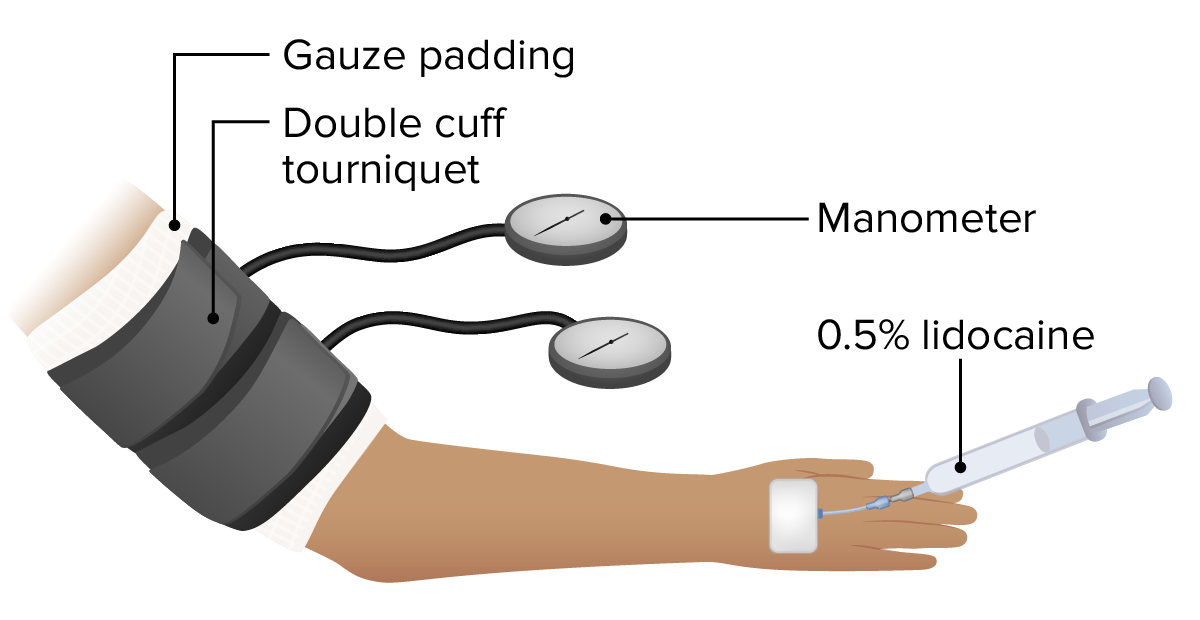 Anesthesiology: History and Basic Concepts
Anesthesiology is the field of medicine that focuses on interventions that bring a state of anesthesia upon an individual. General anesthesia is characterized by a reversible loss of consciousness along with analgesia, amnesia, and muscle relaxation. General anesthesia is induced via the administration of gaseous or injectable agents before surgical procedures or other medical interventions. On the other end of the spectrum is local anesthesia, which is achieved via the use of topical agents or the local administration of injectable anesthetics to the area of concern. The use of anesthetics has been well documented in history, but the practice of modern anesthesiology only began by the end of the 18th century.
read more
Load more
Share
Ask Questions
Take Notes
Download Slides
Report Mistake
Comments
show all Show less
My Notes
show all Show less
Learning Material 2
show all Show less
Report mistake
Transcript
0 of 0

00:00 So this is a painting of that first event, and this is from 1845 at the Massachusetts General. This operating room is still in existence, and you can visit it if you wish, but you can see how very different the world was then than it is now. All these people gathered around the operating room table wearing street clothes. 00:21 They may in fact be people right off the street, because like public executions, surgery was a popular spectator sport in the mid part of the 19 century. 00:33 You can see Wells, excuse me, Morton holding his bottle of ether and the surgeon working on the young man's neck. So that started general anesthesia for general surgery. But it was important to move beyond that to other areas of need. And the area that was likely to be missed in all of this was obstetrical anesthesia. Partly, this was due to the biases of the era that said, you know: pain during labour was a required part of woman's recompense for original sin. Well, there was a very powerful lady in existence in that era in Great Britain. That was Queen Victoria, and she wasn't willing to be punished for something that might have happened in the garden of Eden. And with her 8th child, she had eleven I believe, she asked Doctor John Snow, who was the first practicing anesthesiologist in Great Britain, to provide her with anesthesia. Snow's an interesting man. And for those of you who are aware of the London pump cholera story, he was the same John Snow who discovered that pump and was able to prevent cholera from spreading in London. And so, in a way, he's the father of epidemiology and he's also one of the fathers of anesthesiology. 01:57 Very amazing man. Anyway, after she delivered her baby, Queen Victoria said: "Doctor Snow gave the blessed chloroform, and the effect was soothing, quieting and delightful beyond measure. And from that moment forward, obstetrical anesthesia had a solid place in medicine. So this is what it looked like to start with. 02:21 This is a bottle of ether and a Schimmelbusch mask. And that mask is basically just a wire mask that you laid some gauze over and you pour ether directly on the gauze and put the mask and gauze over the patient's face and they breathe the vapour. 02:39 This is a modern Anesthetic machine, a little bit fancier than the Schimmelbusch mask. 02:45 Much more sophisticated, full of very complex warning systems and monitoring systems, which we will discuss in more detail in a later lecture.

Which substance did William Morton initially use for general anesthesia at Massachusetts General?

What substance was first used as obstetrical anesthesia on Queen Victoria in 1853?