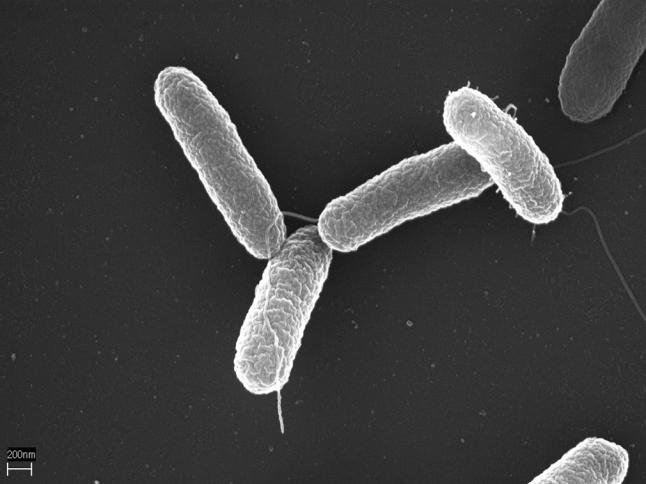 Salmonella
Salmonellae are gram-negative bacilli of the family Enterobacteriaceae. Salmonellae are flagellated, non-lactose-fermenting, and hydrogen sulfide-producing microbes. Salmonella enterica, the most common disease-causing species in humans, is further classified based on serotype as typhoidal (S. typhi and paratyphi) and nontyphoidal (S. enteritidis and typhimurium). Transmission occurs through the fecal-oral route and consumption of contaminated foods and water. Bacteria penetrate the intestinal cells through microfold cells of Peyer’s patches and cause abdominal symptoms. Pathogens can also disrupt sodium and chloride transport in the intestine (causing diarrhea) and invade the bloodstream (causing sepsis and nonintestinal infection). Major clinical presentations include typhoid or enteric fever, foodborne enterocolitis, and bacteremia. Antibiotic treatment is considered in severe illness and chronic carrier states.
read more 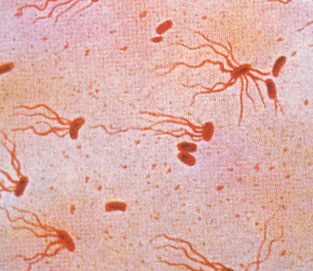 00:00 So let's talk about enteric fever and the main cause of this is <i>Salmonella typhi</i>. <i>Salmonella</i> <i>paratyphi</i> A, B and C can do it but usually not as severe as <i>Salmonella typhi</i>. This is the cause of typhoid fever. Now where did that name come from? Well, the organism can produce a systemic illness with sometimes a rash that looks like epidemic typhus. So because it kind of looks like epidemic typhus in some of its manifestations, they began to call it and days gone by, typhoid, typhus-like. Typhoid fever is spread from human to human, it's not from lower animals. It can be spread in contaminated food or drink, the classic example would be Typhoid Mary who is an Irish cook who apparently spread typhoid fever among the people that she worked for and caused some deaths. Now in those days there were no antibiotics. She was a difficult person who never would admit that she spread typhoid fever, she was very violent with the authorities and finally they had to incarcerate her and put her on her own island in New York and keep her from spreading this, but anyway as a cook she obviously contaminated food and drink. The incubation period for this disease is up to 2 weeks, from 5 days to 2 weeks and what happens is the organism is an intracellular pathogen and it crosses the epithelial barrier in an endocytic vesicle. So it kind of gets into the body in a Trojan horse-like fashion so it then invades Peyer's patches which is the reason that it causes an ileitis. It gets from there into the mesenteric lymph nodes and that's why it's often associated with splenomegaly and most patients at some point in the disease will have bacteremia with typhoid fever but the infection localizes in the lymphoid tissue of the distal small intestine. So the prodrome of typhoid fever is a patient who has malaise, headache, sore throat and a cough and cough is actually fairly prominent as a dry cough. Then they have what we call stepladder fever. They might have 38 on day 1 and then on day 3 it's 38.5, after the first week it might be 38.9 and then 40, so it goes up like a stepladder and you might expect diarrhea with this and certainly diarrhea occurs but constipation is a very common symptom. If you think about what's going on since it's involving the distal ileum, it actually may encroach on the lumen of the distal ileum and produce constipation. So you have to think about constipation as one of the symptoms that occurs with typhoid fever. So in 7 to 10 days of this prodrome, the patient becomes acutely ill. They are prostrate. They may now have diarrhea that's been described as pea soup in color and they will have abdominal pain often with marked abdominal distention. These patients looked sick and are sick. They may be confused and psychotic. One of the things that I was taught in medical school was the idea of relative bradycardia. So what is that? That means when someone has a fever you would expect a rise in their pulse rate. Indeed, for every degree of fever you ought to expect an increase of about 10 beats per minute. So if somebody has a temperature, let's say, of 104 but their pulse is 85 that's a disconnect. You should say "What's up with that?" and one of the things you ought to think about are diseases that can cause relative bradycardia. Heading the list is typhoid fever. Some viral conditions can also do that but don't expect it. It's seen in a sizable minority of patients but many patients with typhoid fever will have it. Then look carefully for a rash and the rash in typhoid fever is often hard to find, it may be even hard to see on this image but we're talking about a small macule or papular lesion which initially certainly blanches. Here's a patient that had one on the nose and as I mention splenomegaly is common but so is hepatomegaly and the reason for this is that the Kupffer cells of the liver are very important in phagocytosing pathogens especially intracellular-type pathogens and so you might expect hepatomegaly with typhoid fever and psychosis and confusion with apathy are pretty typical for advanced typhoid fever. So in the first week you can expect positive blood cultures and obviously blood cultures are important part of the work-up. The white count you might expect to be very high but unexpectedly in many patients you have leukopenia with typhoid fever so that may be a clue. Typhoid fever is a bad disease and it's often got complications. I think you can see from intestinal perforation how you could have lower GI bleeding. This shows you a patient who did not survive and shows you the actual perforations in the ileum and if a patient has an ileal perforation they may present with recurrent fever which really means that they've got an incubating abscess in their abdomen and abdominal pain will be an important part of it. Typhoid fever sometimes comes with pneumonia. It comes with myocarditis. Here's another sample from a patient who didn't survive showing the inflammation in the cardiac myocytes. Cholecystitis, if you can see the swollen gallbladder at the arrow. Meningitis is another dreaded complication of typhoid fever. An intraabdominal abscess. Here, I'm just showing you the gram stain of somebody who had an abscess and notice the mixed microbial flora that you would find in a typical abscess from the abdomen. Typhoid fever should be managed primarily with fluoroquinolones. Extended- spectrum cephalosporins can also be used especially in the far east where there are areas of resistance to the quinolones and also in India. For uncomplicated cases, mild cases, you can consider azithromycin. The fluoroquinolone with the best action against gram-negative rods in general and <i>Salmonella typhi</i> in particular is actually ciprofloxacin.

The lecture Enteric Fever (Typhoid Fever): Etiology by John Fisher, MD is from the course Gastrointestinal Infections. It contains the following chapters:

Which of the following conditions is most likely associated with a symptom profile of fever, constipation, diffuse abdominal tenderness, and relative bradycardia?

Which organism is the primary cause of typhoid fever?

What is the incubation period of the main organisms that cause typhoid fever?

Which of the following is NOT a typical symptom in the prodrome leading up to severe acute illness of typhoid fever?

What is the characteristic rash seen in many cases of typhoid fever?

Where does the Salmonella typhi infection typically localize?

A patient with typhoid fever has recurrent fevers and is suspected to have an incubating abscess in the ileum. Which of the following complications of typhoid are they most at risk for?

Which of the following antibiotics is the treatment of choice for severe typhoid fever?