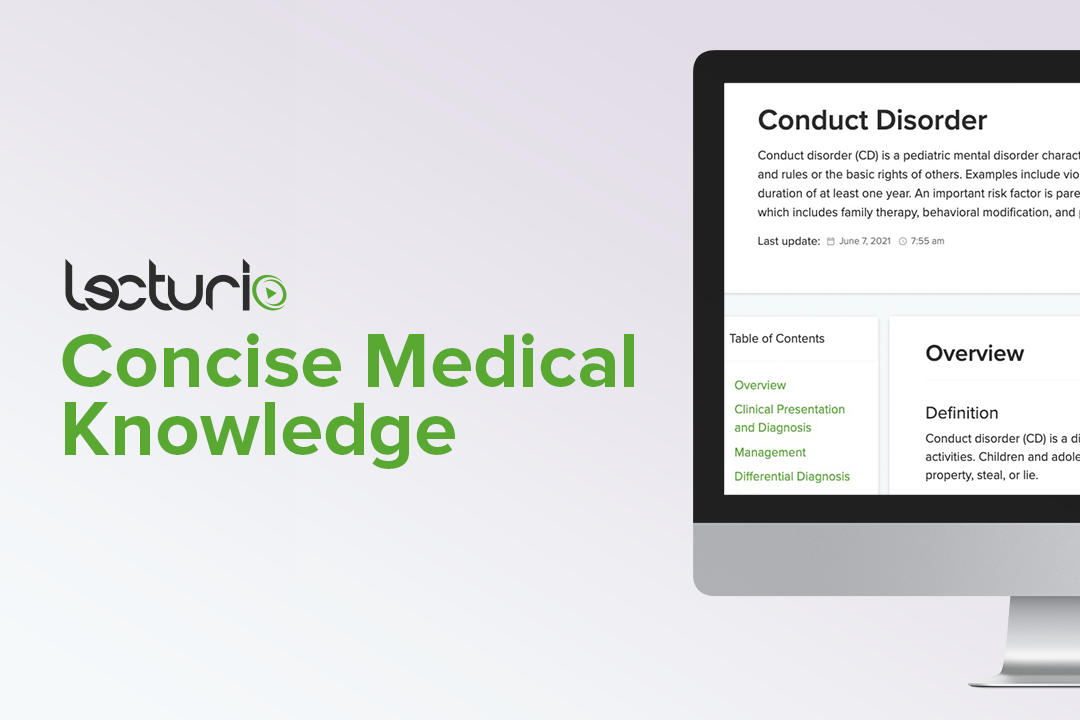 Conduct Disorder
Conduct disorder (CD) is a pediatric mental disorder characterized by a recurrent behavior in which patients do not comply with social norms and rules or the basic rights of others. Examples include violence, destruction, theft, lying, and serious breaking of rules present over ≥ 1 year. An important risk factor is parental rejection and neglect. Conduct disorder is difficult to treat and requires a multimodal approach that includes family therapy, behavior modification, and pharmacotherapy.
read more 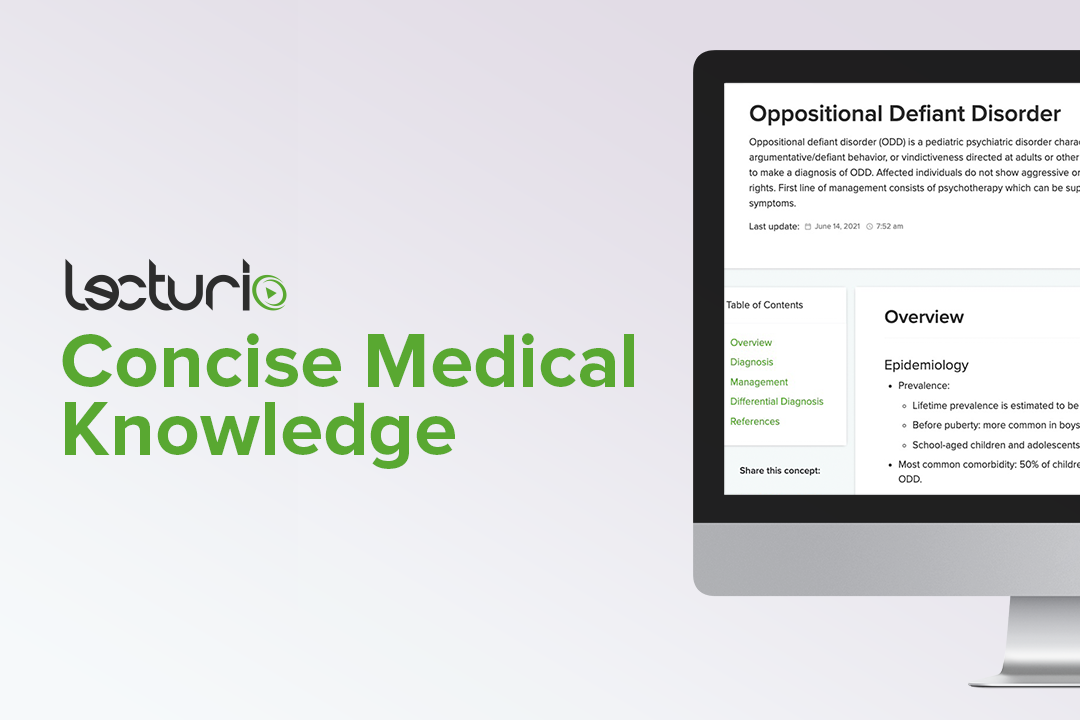 Oppositional Defiant Disorder
Oppositional defiant disorder is a pediatric psychiatric disorder characterized by a continuous pattern of angry/irritable mood, argumentative/defiant behavior, or vindictiveness directed at adults or other authority figures. Symptoms must be present for at least 6 months to make a diagnosis of ODD. Affected individuals do not show aggressive or violent behavior, and they do not impinge on other persons’ rights. The 1st line of management consists of psychotherapy; this can be supported by pharmacotherapy, depending on the severity of symptoms.
read more
Load more
Share
Ask Questions
Take Notes
Download Slides
Report Mistake
Comments
show all Show less
My Notes
show all Show less
Learning Material 2
show all Show less
Report mistake
Transcript
0 of 0

00:01 Let's talk a little bit about child psychiatry now. 00:04 When it comes to disruptive behavioral disorders, there are a couple that you should know about for your boards. 00:10 Conduct disorder and also oppositional defiant disorder. 00:14 Let's go through the difference in each one. 00:16 A conduct disorder is a pattern of behavior that involves violation of the basic rights of others and also of social norms and rules. 00:27 Conduct disorder is a common diagnosis in outpatient child psychiatry clinics and it often occurs in boys more than girls and there's a high risk of developing anti social personality disorder in adulthood. 00:41 Remember, to qualify for a diagnosis of anti-social personality disorder it's actually a requirement that a patient show evidence of conduct disorder before the age 15. 00:53 There is an increase co morbidity of ADHD, mood disorders, substance disorders, and criminal activity as an adult. Now, let's take a look at oppositional defiant disorder. 01:06 This is a disruptive behavior but it does not impinge on the rights of another person. 01:13 The prevalence is up to 20% in children less than 6, usually starts before puberty. 01:19 It's more common in boys. We'll remit in about 25% of children but some may progress to develop conduct disorder. 01:28 The treatment for behavioral disorders include psychotherapy, behavioral modification, problem-solving skills, and parent skills teaching. 01:38 So basically it's a wrap around approach to the care of the child. 01:42 The thing that separates oppositional defiant disorder from conduct disorder, and this is very important, is that oppositional defiant disorder does not violate anyone's rights. 01:54 Let's look at the diagnostic criterion, for ODD there's a pattern of anger and irritability. 02:02 People are argumentative and defiant or vindictive and it lasts for at least 6 months and is exhibited during an interaction with at least one individual who's not a sibling. 02:15 It also requires an angry or irritable mood, loss of temper, being touchy or easily annoyed and often being angry and resentful, argumentative, and arguing with authority figures in particular. 02:31 Often defying rules or refusing to comply with the requests from authority figures, often deliberately annoying others, and sometimes blaming others for his or her mistakes. 02:44 There is vindictiveness, being spiteful. The disturbance is associated with distress and social, educational, and occupational functioning. And the behavior does not exclusively occur during the course of a psychotic episode, substance abuse, or a mood disorder.

The lecture Disruptive Behavioral Disorders by Helen Farrell, MD is from the course Mild and Major Neurocognitive Disorders.

Which of the following is described as a disruptive behavioral disorder that does not impinge on another person’s rights?

Which of the following is FALSE regarding conduct disorder?

Which of the following is NOT a treatment approach for behavioral disorder?