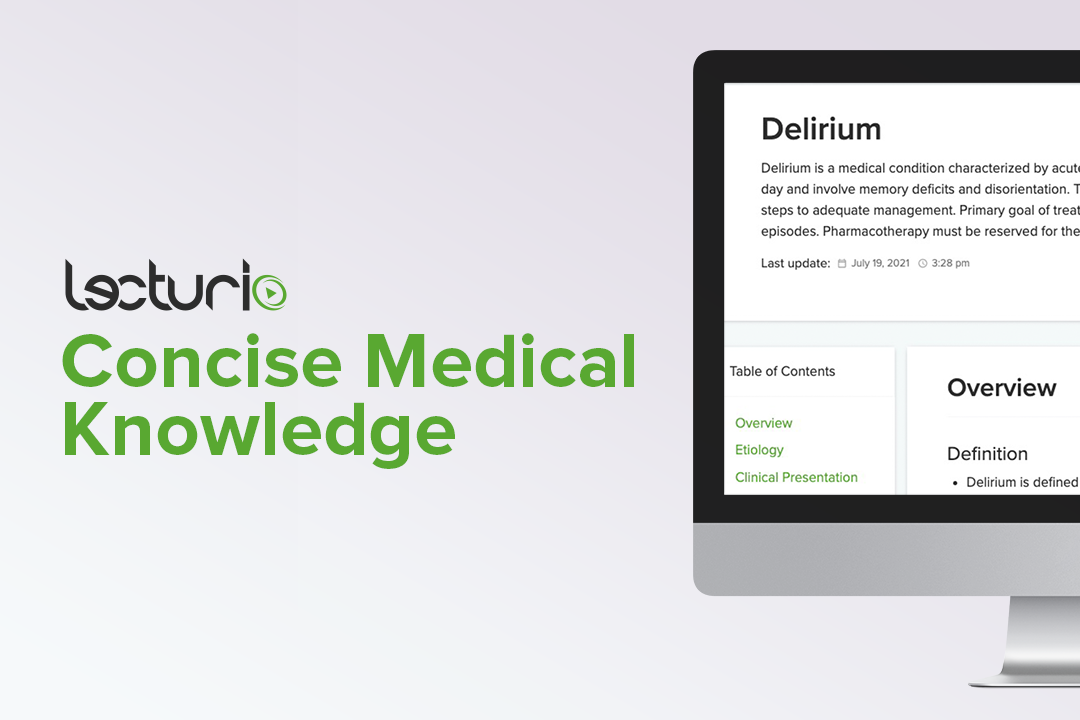 00:01 Let's take a moment to talk about delirium, one of the cognitive disorders. 00:05 Delirium is defined as an acute disorder of cognition. 00:10 It's really defined by the waxing and waning of one's sensorium. 00:15 With that means is that there is a rapid onset and there are moments of lucidity during delirium, so sometimes the patient's gonna stay with you other times they won't and these moments of lucidity can also be punctuated by hallucinations. 00:31 So what is the difference between dementia and delirium? This is really important that you understand the nuances between the two. 00:40 So which one is the slow and progressive disorder? That's dementia. 00:46 And how about which one is potentially reversible with treatment and actually a reframe that's to say easily reversible with treatment. 00:56 Well the answer there is gonna be delirium. Delirium is usually very reversible. 01:02 There are two different types that you should know about. 01:05 Delirium can be quiet and with that means is that the patient might actually seem depressed or exhibit symptoms similar to failure to thrive, meaning they are not getting out of bed, they are not eating, they are not taking care of themselves, and you really must perform a mini mental status exam to distinguish between depression and other disorders of cognition. 01:28 Now the other type of delirium is the agitated delirious patient. 01:34 This is the one that you are gonna most commonly see in clinical wards and when people talk about delirium they usually think of the agitated patient. 01:43 And this is gonna be someone who's riding around in bed, maybe pulling out IV lines or feeding tubes, and actively hallucinating and seeming very, very agitated. So what causes delirium? There are a lot of different causes and it's really important that you go through all of these and find out what is actually at the root of the delirious patient so you can treat it and reverse it because remember delirium is a reversible condition. 02:12 So you wanna think about CNS injuries or disease, you wanna think about systemic and non-systemic illnesses, drug abuse or withdrawal, think about hypoxia or a fever of unknown origin, sensory deprivation, and also medications could be causing somebody to be delirious; things like anticholinergic medications, steroids, antihypertensives for example. 02:39 And it's really common postoperatively, so when somebody's coming out of anesthesia after a big surgery or even a small surgery, it's a really common for them to have temporary delirium. 02:52 And also electrolyte imbalances such as low sodium can cause somebody to look delirious.

The lecture Delirium by Helen Farrell, MD is from the course Mild and Major Neurocognitive Disorders.

Which of the following is NOT a feature of delirium?

Which of the following is done to distinguish quiet delirium from depression?

Which type of delirium is most commonly seen?