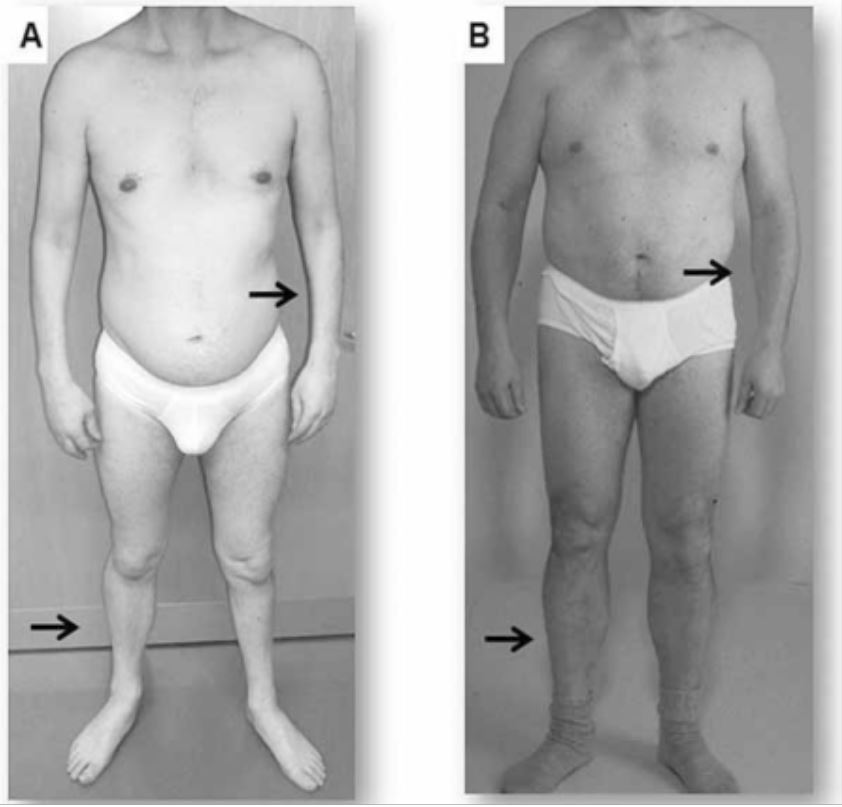 00:01 In this lecture, we're going to talk about congenital muscle disorders. 00:05 And this will differ from some of the other lectures that we've discussed of muscle disorders and that patients will present very early in life often in the neonatal period, which is different from some of the other conditions that we've learned about in other lectures. 00:21 Let's start with a case. 00:23 This is a 5-month-old infant girl presenting with weakness. 00:27 A 5-month-old infant girl was brought to her family physician after a family friend expressed concern that she was unable to raise her upper body when lying prone. 00:37 Her parents stated that she had had made no attempts to roll over, rarely moved her legs and made no attempts to push with her feet when held upright. 00:48 She puts toys into her mouth using both hands but did not reach farther than 10 cm for objects before her. 00:56 She laughed and interacted with those around her and became excited at the sight of food. 01:01 She did breastfeed well and seem to have tolerated the recent introduction of rice cereal without coughing, choking or vomiting. 01:10 She often squealed and seem to respond to her name. 01:14 No loss of milestones was reported. 01:18 She was born at 38 weeks by an uncomplicated vaginal delivery, there were no prenatal or postnatal concerns in her care. 01:27 Examination shows normal cranial nerves, diffuse hypotonia. 01:32 She's a floppy baby. 01:33 When placed vertically, she sags below in the examiners arms. 01:38 When placed horizontally, she sags down again in the examiners arms when suspended. 01:44 And has weakness with reduced finger grasp strength. 01:48 So what's going on? What peripheral nervous system disorders should be included in the differential diagnosis for this female with neonatal hypotonia, this floppy baby? Well, let's look back at the case. 02:02 And let's look at some of the key findings that are going to point us in on the accurate differential diagnosis. 02:08 First is the distribution. 02:10 This is a young girl that really has prominent muscle weakness, prominent motor findings made no attempts to roll over, rarely moved her legs and no attempts to push up with her feet. 02:23 We see proximal weakness but really diffuse weakness involving the upper lower extremity and even axial tone. 02:31 We have this wildcard where she breastfeeds well, is tolerating integration of food, there's no problems with feeding or eating, often squealed as responding to her name. 02:42 And so her cognition is meeting appropriate social and cognitive milestones. 02:47 This is a motor predominant condition. 02:51 And here we see in terms of other examination normal cranial nerves, and this reduced finger grasp strength, again prominent weakness. 02:59 Weakness and hypotonia are the primary findings that we see in this case.

The lecture Case: 5-month-old Girl with Weakness by Roy Strowd, MD is from the course Hereditary Neuromuscular Disorders.