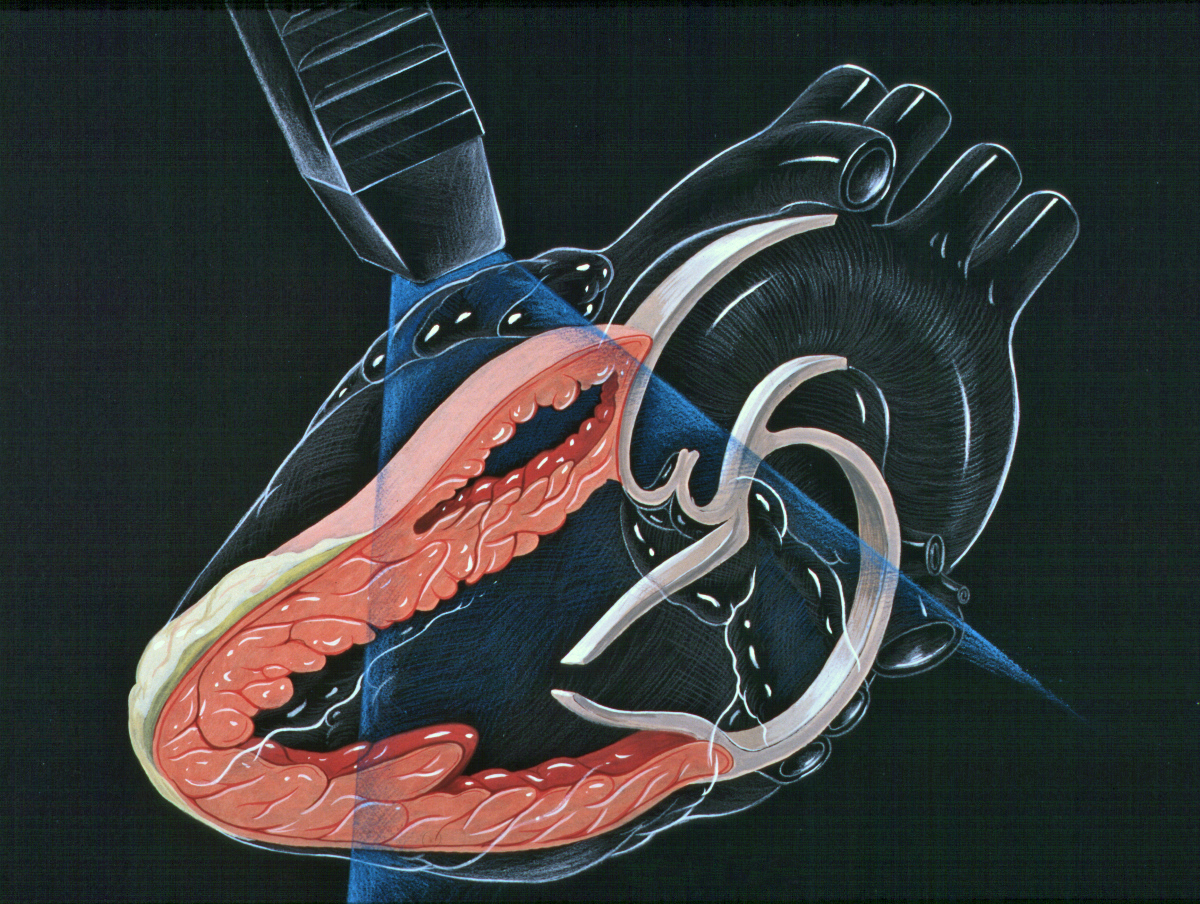 00:01 So let's talk a little bit about pulmonary edema. 00:04 Pulmonary edema, is edema that occurs within the interstitial spaces of the lung. 00:11 Normally, interstitial spaces are kept clean by the pulmonary lymphatics, which are located within the interstitium. 00:17 However, if the rate of fluid accumulation within the interstitium exceeds the lymphatic drainage capabilities to the lung, then fluid starts to accumulate, and this can accumulate first within the interstitial spaces, and then progress on to accumulating within the alveolar spaces. 00:34 There are 2 major types of pulmonary edema. 00:37 There's pulmonary edema that's caused by a cardiogenic cause, and that includes things like congestive heart failure or increased pulmonary venous pressure, and there are noncardiogenic causes of pulmonary edema, which can occur because of increased capillary permeability with or without diffuse alveolar damage or volume overload. 00:59 So in this talk will be discussing cardiogenic pulmonary edema. 01:02 Some of the signs of cardiogenic edema include interstitial edema, alveolar edema, cephalization which include prominence of the pulmonary vasculature in the upper lobes of the lungs. Pleural effusion and cardiomegaly. 01:19 So let's take a look at some of these signs radiographically. 01:22 Interstitial edema begins with perihilar haziness. 01:27 You have thickening of the interlobular septa, and you have peribronchial thickening. 01:32 So the interstitial thickens around the bronchi, and you can see the loosen bronchi surrounded by a thick wall. 01:38 You can also have diffuse ground glass opacity. 01:42 Alveolar edema would usually come after interstitial edema begins with consolidation and you can have perihilar haziness or perihilar consolidation. 01:51 So this is an example of cephalization. 01:55 This is a cone down view of the upper chest in a patient that has pulmonary edema and you can see that the arrow points to prominent vessels within the upper lobes of the lungs. 02:05 Usually, the vessels are more prominent inferiorly in a patient that doesn't have pulmonary edema. 02:10 However, when they become more prominent superiorly, then you think about cephalization and interstitial edema. 02:16 Incidentally, this patient also has a pacemaker that's in place. 02:20 As you can see here, and the patient has sternotomy wires as well. 02:27 So interstitial edema can also present with perihilar haziness and bilateral ground glass opacity. Usually, the ground glass opacity begins in the lower lobes and then it progresses to the upper lobes. 02:40 So in this patient you can see a little bit of haziness in the perihilar region. 02:44 And then the lower lobes just appear slightly more white than the upper lobes do. 02:50 And that's kind of what ground glass opacity looks like on a radiograph. 02:53 Kerley A Lines are very typical features of congestive heart failure and pulmonary edema. They can be very hard to see and often times they're not found, but when they are they really point you towards pulmonary edema. 03:07 And they are distention of the connective tissue within the fluid that surrounds the bronchovascular sheath. 03:12 So you can see these radiographically, as perihilar oblique lines and you can see the circle on the radiograph, they can be very subtle though. 03:20 Kerley B Lines are somewhat more frequently seen, although these are also not always seen with pulmonary edema. 03:27 They represent thickened interlobular septa, and they are usually seen as horizontal lines most predominately in the lower lobes and they are peripheral, so they extend out to the pleural surface, and you can see these pointed out by the green arrows. 03:40 These can also be a very subtle finding, but again somewhat more commonly seen than Kerly A Lines. 03:46 So peribronchial thickening as we mentioned is areas of lucency surrounded by thick walls. As you can see by this arrow here. 03:55 So this is because of thicken interstitium surrounding the bronchi. 03:59 And this can occasionally be seen with interstitial edema as well. 04:03 Interstitial edema eventually progresses on to alveolar edema, and it often begins in a perihilar or "Batwing" distribution. 04:11 So you can see here that the patient has patchy bilateral consolidation and it's located predominately in the perihilar region, this is called a "Batwing" distribution. 04:20 And you can see it looks kind of like the wings of a bat when the periphery is spared. 04:25 Pleural effusions are very commonly seen with interstitial edema and pulmonary edema and you can see the blunting of both costrophrenic angles in this patient. 04:36 As you remember the costophrenic angle should form a very sharp margin. 04:39 This one is blunted and as you can see over on the left side, this is also blunted indicating that this patient has bilateral pleural effusions. 04:47 So let's take a look at this image here, what are the different findings that you see? You can pause this and take a good look. 04:57 There are multiple findings that are seen in this patient. 05:06 So there?s bilateral perihilar haziness as you can see here. 05:12 There's peribronchial thickening, which is again a very subtle finding. 05:19 You can zoom in and take a good look at that. 05:21 There's diffuse ground glass opacity, so both lungs have a whiteness to them. 05:30 That's not normal, usually the lungs appear a lot more black than these lungs do, and this is the presence of ground glass opacities, seen pretty much throughout both lungs. There's also bilateral lower lobe consolidation, so as you can see here we have silhouetting of the diaphragms bilaterally indicating that there's an area of consolidation in both lower lobes. 05:50 And this represents alveolar edema. 05:53 So this patient has a combination of interstitial and alveolar edema. 05:57 So this is an example of CHF which again usually begins with interstitial edema and then can progressed on to alveolar edema. 06:06 So we've reviewed the imaging findings of cardiogenic pulmonary edema. 06:11 Now, let?s move on and discuss the findings associated with noncardiogenic pulmonary edema. 06:15 So that you can differentiate between the two.

The lecture Cardiogenic Pulmonary Edema by Hetal Verma, MD is from the course Thoracic Radiology.

Which radiological finding is characteristic of alveolar edema?

Which of the following statements is TRUE?

Which of the following is NOT a sign of cardiogenic pulmonary edema?

A feature of cardiogenic pulmonary edema ''Kerley A lines'' can be described as…?

its clear, its quick for do the explanation, and i recommend it

its clear, its quick for do the explanation, and i recommend it