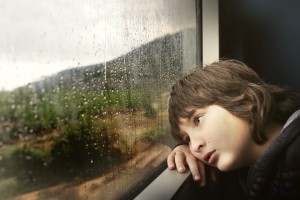 00:01 Now, what we’re going to do is we’re going to get into two different approaches to medicine and health. 00:07 One is a little bit more dated, and one is a little bit more current, and one is a little bit more specific, and one of it is a little bit more inclusive or holistic. 00:15 So we’ll start with the BPS model or the biopsychosocial model. 00:20 And what that one does like the name implies is looking at three different components or three different drivers behind our health, and first being probably the most obvious are biological factors or physiological factors. 00:33 What is happening inside of your body? So how are you feeling? Psychological factors are what’s going on in your mind. 00:41 And then the third which is more in the newer front would be social factors and we’ll kind of break down each and we’ll get into that. 00:48 Now let’s compare that to the biomedical model. 00:53 So this is a little bit more dated and this is kind of the traditional way that we approached medicine and we approached health, and that is you had your health, which was how you’re feeling, and then we have other factors which are independent of your health. 01:10 Things like your psychological factors and social factors. 01:13 So your health is more directly associated to your biological drivers and the other things are separate issues. 01:20 It’s not to say that they’re not important, but in the past if you were sick, that was usually attributed to something physiologically wrong with you. 01:31 So you know, if you think of the times in the past when you were not feeling well, the mentality was you’re not feeling well, you have an illness and I’m going to treat that illness with medicine and that’ll get you back to being healthy, as opposed to the biopsychosocial model is looking at it from a different vantage point and saying well, how can we be healthy, and being healthy is not simply being devoid of an obvious illness. 02:01 So, two different ways to approach it. 02:05 So we say in the BPS model that a healthy state is not a steady state. 02:10 So just because you’re not visibly sick that doesn’t mean that you’re healthy, it’s something that you want to continue to achieve and try to get improved and get better at. 02:19 So, you right now, sitting there watching this, how do you feel right now? If you don’t have a cough, if you don’t have a headache, if I ask you are you healthy right now, would you say yes? And it’s not that that’s a wrong answer, but the better question is I should be asking you is how healthy are you right now? Are you at your peak healthiness? Have you achieved that magical state of perfection? And I’m sure for 99.9% of us the answer would be no, you could always do better. 02:47 Could you have gone to the gym a little bit more this week, could you have eaten a little bit better, are you eating a bowl of Cheerios right now or are you eating a bowl of Cheezies right now? There are things that we can do to always do better, right? So the BPS model thinks that and believes that that is a goal as opposed to the biomedical model, where you’re trying to say, well, you’re healthy because you’re not sick. 03:08 So we’re going to look at a couple of comparative characteristics of each and see how they differ. 03:13 So the biomedical model reduces everything down to simple things like you’re sick because you had a bacteria or virus and I’m going to deal with that and you’re done, as opposed to the BPS model looks at both macro and micro level of things, what’s going down right down -- right at the lower levels, and what’s happening on a broader perspective. 03:32 So it’s trying to get a more holistic recall or more complete picture. 03:36 With the biomedical model a single causal factor as opposed to the BPS is looking at several different things, bio, psycho, and social. 03:45 The biomedical model assumes something called mind-body dualism and that is it believes that your mind and your body are two separate things and so one doesn’t necessarily influence the other. 03:57 And if you’re sick is because there’s something wrong with your body and if you’re having a psychological disorder it’s because there’s something wrong with your mind. 04:04 The BPS model believes that these things are so intertwined that they’re inseparable and one will directly influence the other. 04:14 In the biomedical model we emphasize illness over health as opposed to the BPS model which says emphasize both health and illness and looking at things like prevention and achieving a goal of trying to be healthy. 04:28 So if you’re to put all those factors together of the biological, the psycho, and the social and you try and get some of the variables for each, the middle is where you would see you’re actually achieving good health, good mental health, and good overall health. 04:41 So biological would be things like your physical health, you know how you feel, what is your genetic predisposition. 04:47 Psychological would be things like self-esteem, coping skills, social -- who’s around you, what’s your peer network, how are you doing at school, where do you fall in the socioeconomic scale, all these things where they overlap and you’re getting a full picture is what we’re talking about here.

Which statement about the biopsychosocial (BPS) model is false?

Which statement about the biomedical model is false?

Which of the following models emphasizes illness over health and understands health as the lack of an obvious illness?

I extremely enjoyed this lecture. He is very clear about what he is stating, and he states it in a very comprehensive manner, which is extremely crucial if you have yet to have medical talk down pat. I learned a lot, and I do have learning disabilities, so it can be hard at times. But this isn't one of those times! Love love love it! Much appreciated!

I extremely enjoyed this lecture. He is very clear about what he is stating, and he states it in a very comprehensive manner, which is extremely crucial if you have yet to have medical talk down pat. I learned a lot, and I do have learning disabilities, so it can be hard at times. But this isn't one of those times! Love love love it! Much appreciated!