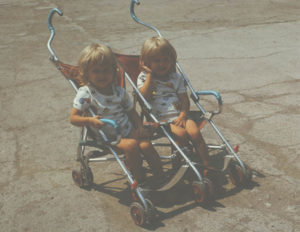 Behavioral Genetics: Concepts and Challenges
The notion that human behavior could be affected and predetermined by genetic basis started to emerge in the 20th century. Unfortunately, during that time, the eugenics movement was associated with the emergence of this theory, which played a part in discrediting it. Recently, several twin studies showed similar behavioral tendencies in monozygotic twins, even if separated at a very early age, again signifying the role of behavioral genetics. Our current understanding of genome-wide associations with different behavioral, psychiatric and medical problems allowed us to confirm that behavioral genetics is a true science and behavior can be affected by genetic, biologic and molecular determinants.
read more
Load more
Share
Ask Questions
Take Notes
Download Slides
Report Mistake
Comments
show all Show less
My Notes
show all Show less
Learning Material 2
show all Show less
Report mistake
Transcript
0 of 0

The lecture Behavioral Genetics – Biological Bases of Behavior (PSY, BIO) by Tarry Ahuja, PhD is from the course Individual Influences on Behavior. It contains the following chapters:

Which of the following do behavioral profile tests reflect in a person?

Which of the following is uncharacteristic of the temperament of an 'easy baby'?

Which of the following is uncharacteristic of an innate trait?

Which term refers to the body's drive to maintain an internal state of balance?

Which of the following would be excluded from a list of typical behavior-influencing factors?