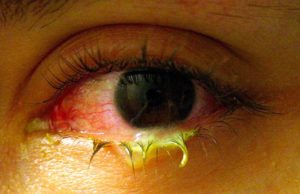 Bacterial Infections: Definition, Pathogenesis and More
Every physician confronts potential bacterial infections everyday during his or her professional life. Whether to avoid them in the operating room or to treat a patient’s disease, bacteria and their antidotes – antibiotics – should always be treated with the utmost care. To treat microorganisms in the right way, each doctor of medicine must have knowledge and understanding of the basics of these life forms, their virulence factors, and their vulnerability.
read more
Load more
Share
Ask Questions
Take Notes
Download Slides
Report Mistake
Comments
show all Show less
My Notes
show all Show less
Learning Material 2
show all Show less
Report mistake
Transcript
0 of 0

00:01 Once you're in a mucosal membrane, there are ways to get across that, which are even easier than in the skin, you typically don't need an injury. Here is a cross-section of the intestinal mucosal barrier and on the left side is the lumen of the gut, the space in the interior, and the first line of defense is an epithelial cell barrier and below that are the submucosal tissues and that also contains capillaries and lymph capillaries, so if a pathogen can get across the epithelial cell sheet, it has access to the circulatory system, which can bring it anywhere, and of course below that are the muscle cells that help to contract the intestine during digestion. If we take a closer look at this intestinal lining, we can see that there are different kind of cells that make up that epithelial sheet, there are enterocytes, which are involved in taking up nutrients, and then interspersed among them are the so-called M cells, in which immune cells come from below lymphocytes and macrophages, and sample the contents of the gut to make sure there isn’t anything nasty there. Both the enterocyte and the M cell can be points where pathogens can cross into the underlying tissues. Once a bacteria has adhered to the epithelium, which many do, as we will talk about later, they can move laterally, reproduce and move across to contiguous tissues, or as I said they can penetrate the epithelial sheet and disseminate to distant sites. Our immune defenses play a big role in limiting such incursions, but they don't always win and bacteria do enter the rest of our body. Once a bacteria or many bacteria are in us, they typically multiply in order to cause disease, and this graph shows a time course of some typical infections: the x-axis shows you time and the y-axis shows you various parameters including the production of bacteria in red, and immune responses. 02:10 So there is a period initially after the bacteria enter us called the incubation period, this is an extremely important concept. This is a period which is variable among the different infections during which the bacteria are multiplying, but we don't yet have overt disease. During that period, immune responses may be mounting, but again, you may have fever as a consequence of that, chills, aches, and so forth, but you won't have the actual symptoms of the disease, that is the incubation period. Then, as the bacteria multiply, they may either elaborate toxins or they may invade and cause tissue damage, you have a period of disease and if you follow the redline and go above the blue segment of this graph, that says no disease, above the blue is where we have bacterial disease and this can be a consequence of both the immune response and direct effects of bacterial toxins, which we will talk about in a moment, on us. There is a very important part of this graph which shows no disease. 03:16 Some bacterial infections, where the bacteria are replicating, will not result in disease. 03:23 These are called asymptomatic infections and many people have these, it's a consequence of them being able to control the replication of the bacteria, and others may have simply more resistance to disease formation. And the outcome, of course, of a bacterial infection can be recovery and cure, and subsequent immunity, it can be, unfortunately, in many cases death or in some cases immunity is not lifelong and we obtain recurrent illnesses with the same pathogens.

The lecture Bacteria Spread by Vincent Racaniello, PhD is from the course Bacteria.

What is the first line of defense in the lumen of the small intestine?

Why are M cells important to human immunity?

What is the period of infection in which bacteria multiply without causing overt disease known as?

Manifestations of disease, as well as cell and tissue damage, are mediated by which of the following?

What is the name of an infection in which the host is able to control bacterial replication and does not exhibit outward signs of the disease?

Good explaination, Love it! Easy to Understand, Keep it up!

Good explaination, Love it! Easy to Understand, Keep it up!