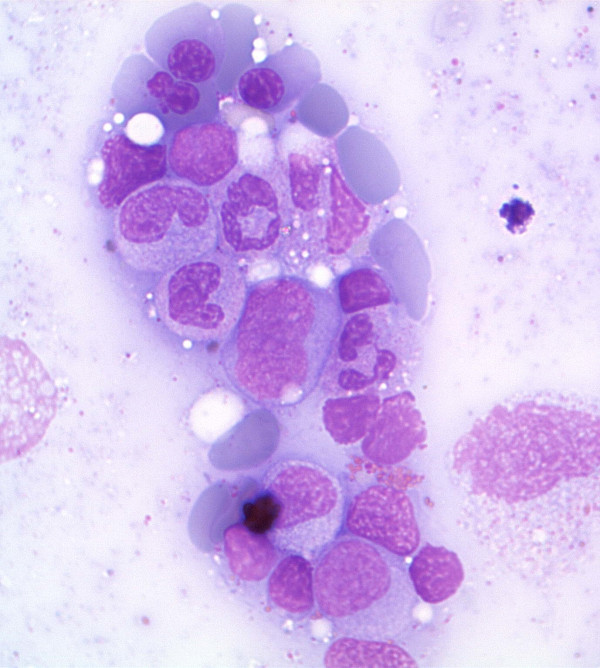 The lecture Additional Malignant Diseases of Blood – Diseases of the Blood System by Paul Moss, PhD is from the course Hematology: Basics.

What are the most likely clinical problems to arise in a client with a low white cell count and a raised platelet count?

Which condition is a hematological disorder in which active bone marrow produces dysfunctional cells?

Which cells are clonally increased in myeloma?

Which factor causes a functional defect of platelets?

Which condition is a symptom of thrombocytosis?

Which clotting factor is deficient in hemophilia A?