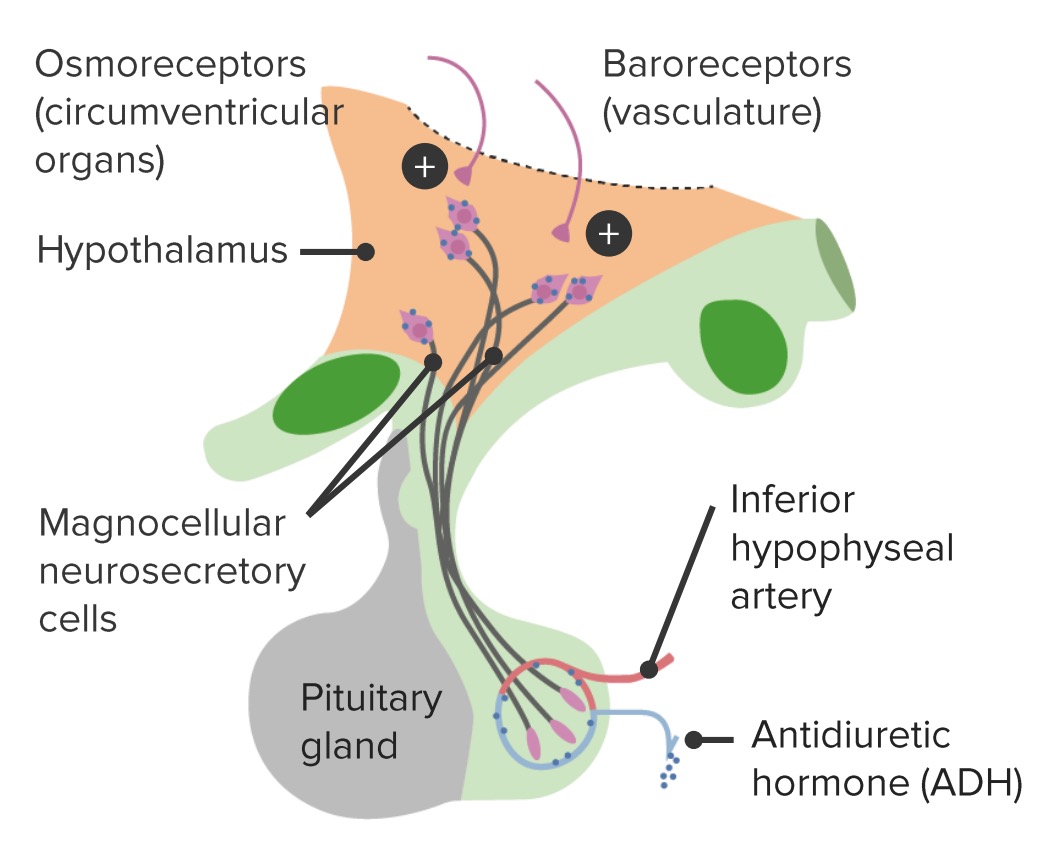 Which of the following gene defects occurs in an autosomal dominant pattern in nephrogenic diabetes insipidus?

Which of the following is not a common etiology in nephrogenic diabetes insipidus?

Which of the following bleeding disorders can be treated by the administration of a vasopressin analogue?

Which of the following substances serves as a second messenger that results in the insertion of aquaporin-2 channels?

Which of the following is not an action of antidiuretic hormone?

Which of the following parameters would be decreased in a patient with von Willebrand disease type I?