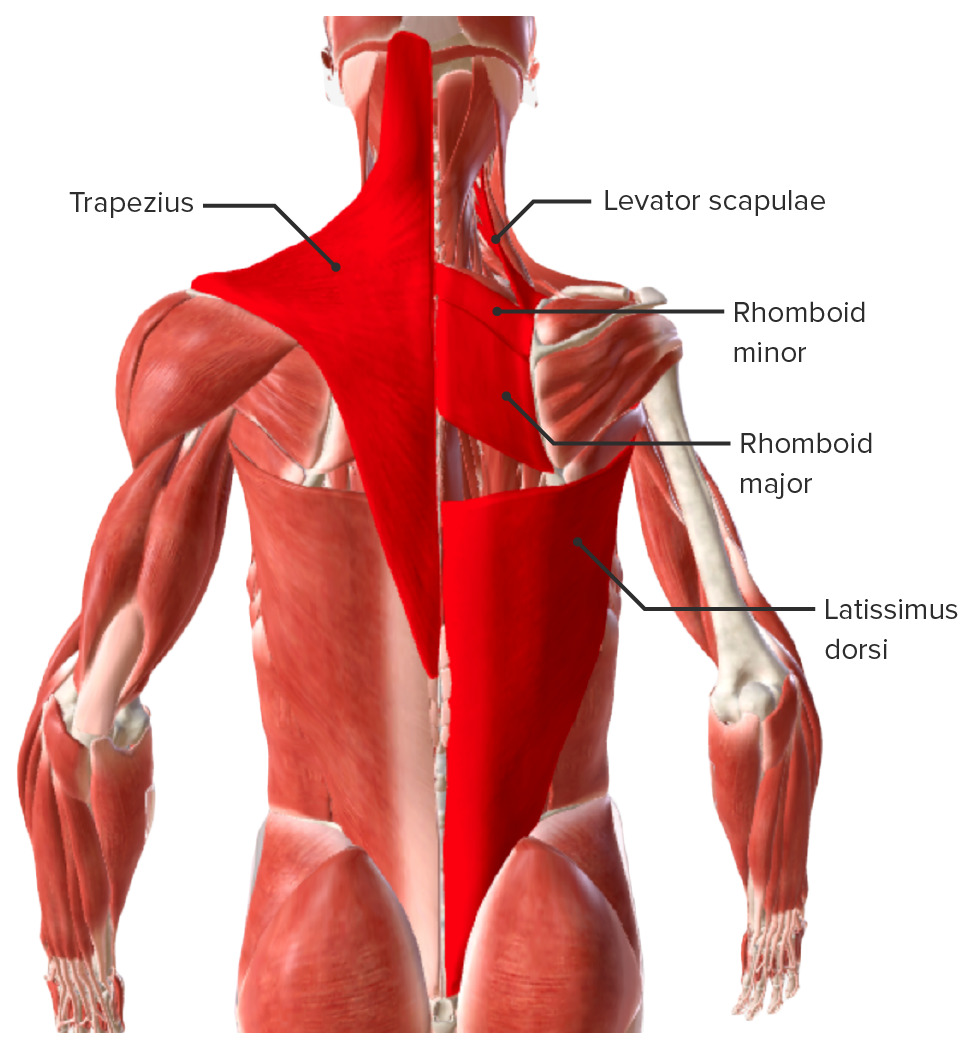 Muscles of the Back
The back is composed of several muscles of varying sizes and functions, which are grouped into intrinsic (or primary) back muscles and extrinsic (or secondary) back muscles. This division is based on the functionality and embryologic origin of these muscle groups. The extrinsic muscles comprise the superficial and intermediate muscle groups, while the intrinsic muscles comprise the deep muscles. The deep muscles are further subdivided into superficial, intermediate, and deep muscle layers.
read more
Load more
Share
Ask Questions
Take Notes
Download Slides
Report Mistake
Comments
show all Show less
My Notes
show all Show less
Learning Material 2
show all Show less
Report mistake
Transcript
0 of 0

Which muscles are innervated by the intercostal nerves and participate in respiratory movements? Select all that apply.

Which erector spinae muscle can both originate from and insert onto ribs?

What is the nerve supply of the true back muscles?

Where is the insertion of the splenius capitis found?

What is the action produced by the contraction of the bilateral longissimus muscles?

Which group of intrinsic back muscles includes the semispinalis capitis?

Unilateral contraction of either of the two most lateral erector spinae muscles will result in which action?

Unilateral contraction of the spinalis muscle results in which action?

The spinalis muscle spans across individual vertebrae connecting the entire spine by originating and inserting on which vertebral structure?