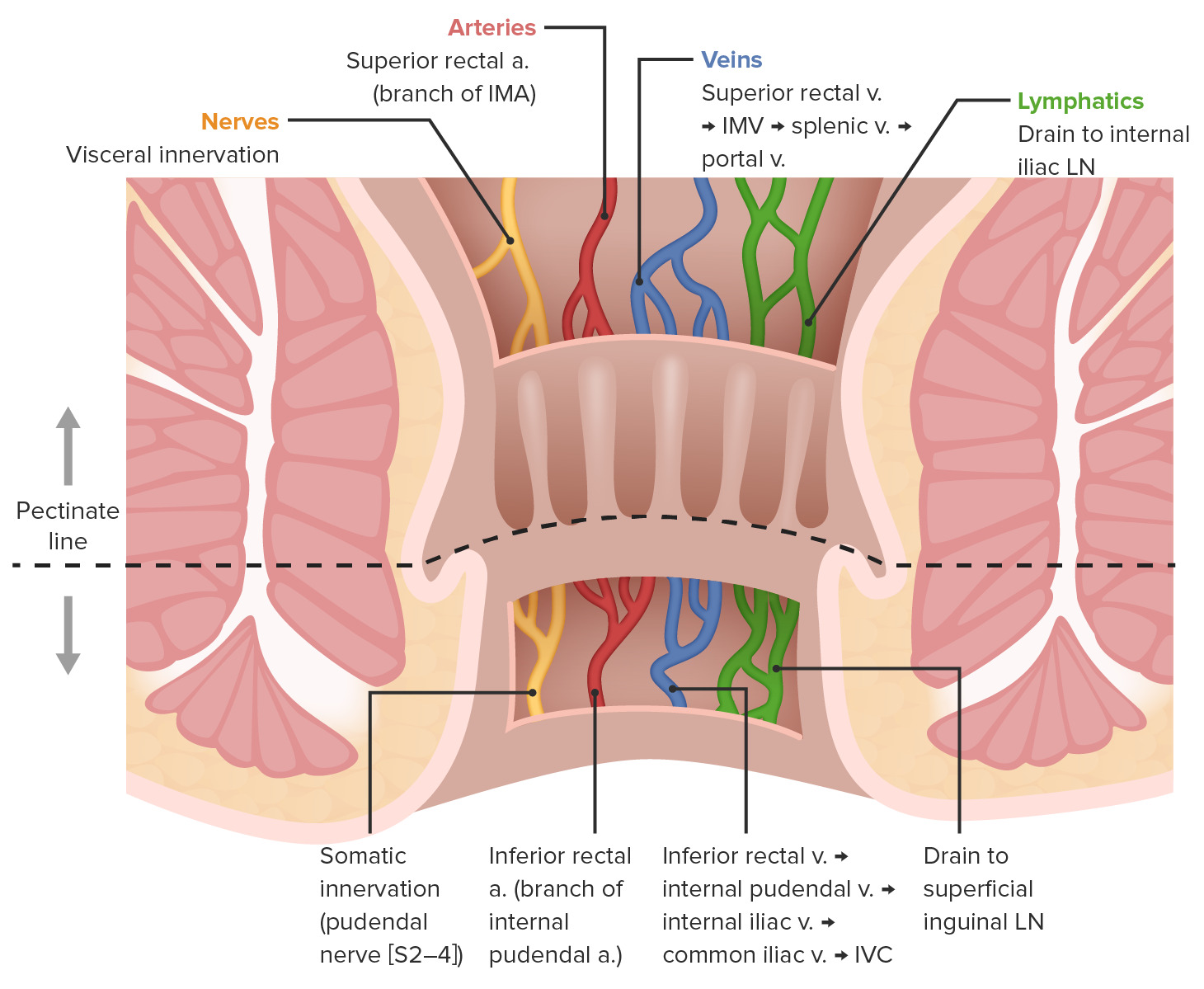 Which splanchnic nerves are involved in parasympathetic input to the rectum?

Which nerves are involved in sympathetic input to the rectum?