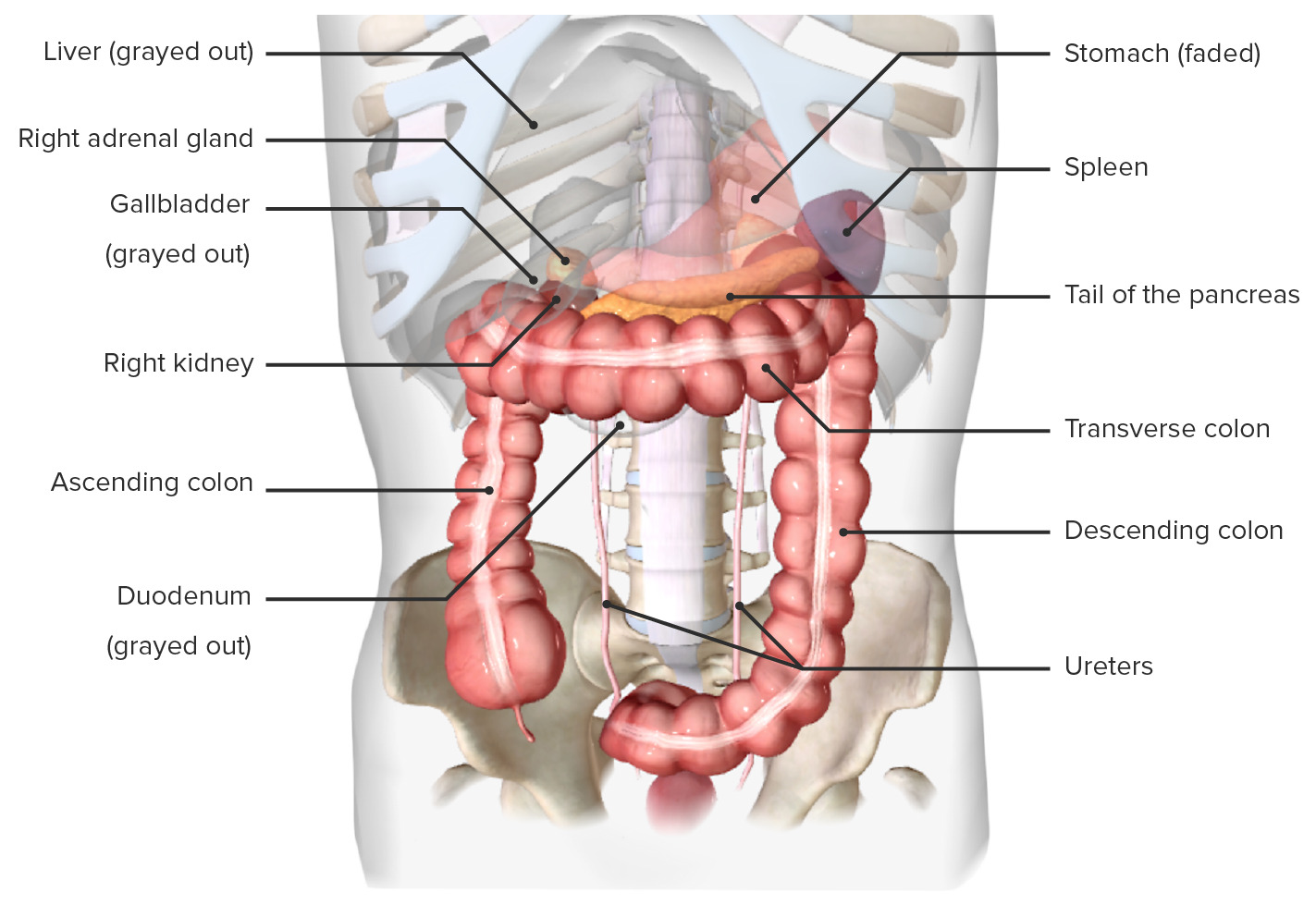 Spleen
The spleen is the largest lymphoid organ in the body, located in the LUQ of the abdomen, superior to the left kidney and posterior to the stomach at the level of the 9th‒11th ribs just below the diaphragm. The spleen is highly vascular and acts as an important blood filter, cleansing the blood of pathogens and damaged erythrocytes. The spleen can also activate immune responses, produce antibodies, and function as a reservoir for platelet storage. There are 2 primary types of splenic tissue: red pulp, which contains dense fibrovascular networks for filtering the blood, and white pulp, which is primarily made up of lymphoid tissue surrounding the larger vessels. The spleen has a relatively weak capsule; thus, it can rupture more easily than other abdominal organs and lead to life-threatening hemorrhage.
read more 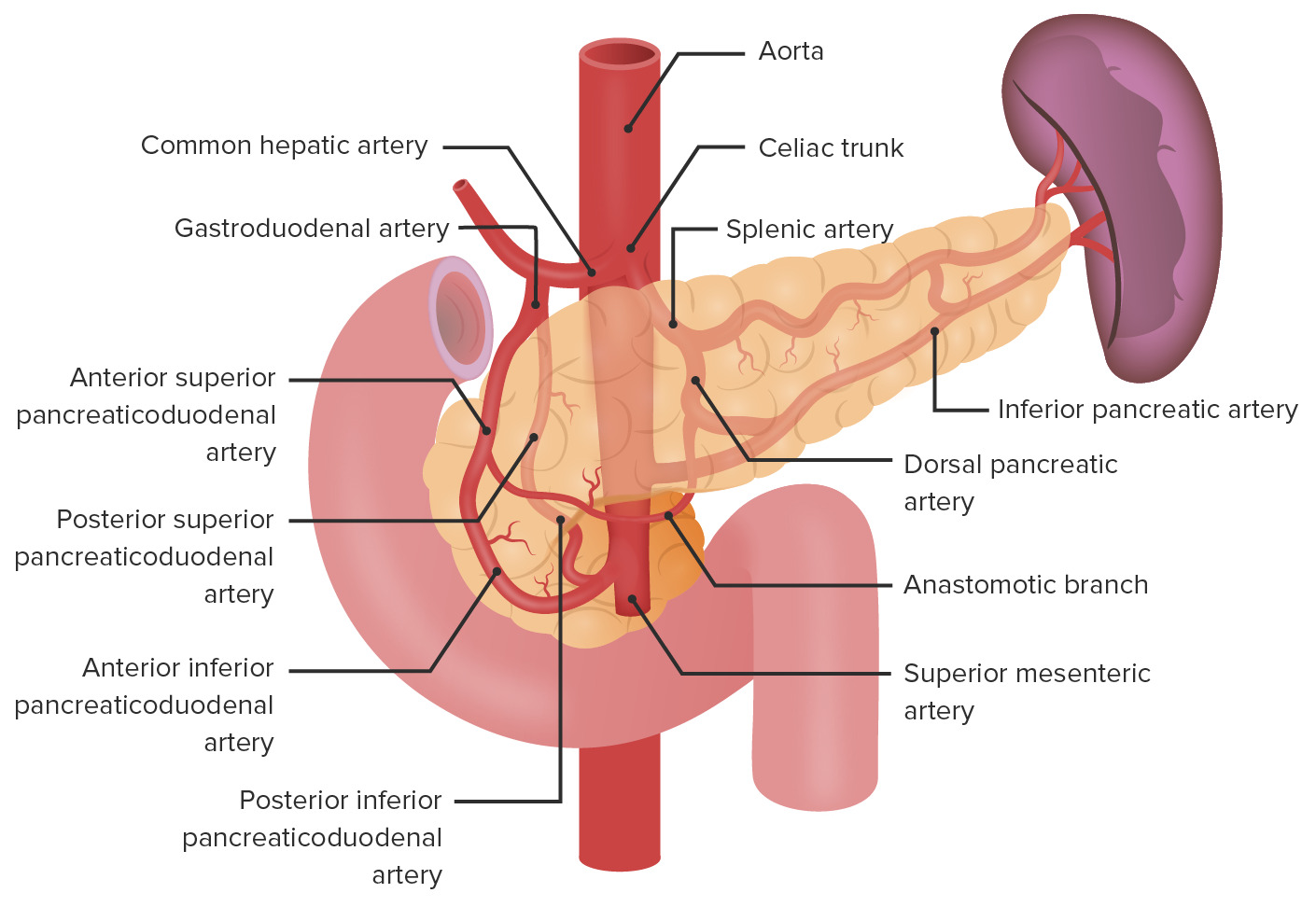 The lecture Pancreas: in Situ View – Pancreas and Spleen by James Pickering, PhD is from the course Abdomen.

Which structure runs posterior to the neck of the pancreas?

In which structure does the tail of the pancreas run?

Which 2 veins unite to form the hepatic portal vein?

Author of lecture Pancreas: in Situ View – Pancreas and Spleen