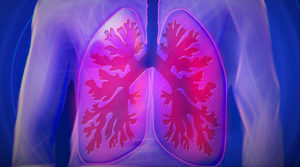 The Lungs — Anatomy and Pathology
The main task of the lung (Latin: Pulmo) is the oxygenation of the blood and the elimination of carbon dioxide. This gas exchange takes place in the pulmonary alveoli (air sacs). Diseases of the lung are common and seen in every age group. In this context, asthma as a disease of children and teenagers, and the chronic obstructive pulmonary disease (COPD) as a disease of adults should be mentioned. Also, infectious diseases of the lung like pneumonia are part of the everyday-life in practices and hospitals. Anatomic knowledge of the lung is key to be able to classify the different clinical pictures. In the following article, you will get an overview over the location, the structure, and the functions of the lung.
read more
Load more
Share
Ask Questions
Take Notes
Download Slides
Report Mistake
Comments
show all Show less
My Notes
show all Show less
Learning Material 2
show all Show less
Report mistake
Transcript
0 of 0

The lecture Lungs – Pulmonary Structures and Esophagus by Craig Canby, PhD is from the course Thoracic Viscera.

How many fissures does the left lung have?

What is the correct anatomical shape of the base of the lung?

Which of the following is true regarding the total number of bronchopulmonary segments in the right lung relative to the left?

The pulmonary artery follows which of the following patterns?

What type of bronchus supplies a bronchopulmonary segment?

A radiograph reveals atelectasis (collapse) of the lingula. What pulmonary structure is associated with the lingula?