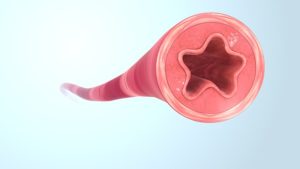 00:01 So in this lecture we have looked at the anterior and posterior divisions of the internal iliac and their parietal and visceral branches. 00:09 And then we have looked at the specific branches to the male reproductive structures and to the female reproductive structures like uterine artery and it's vaginal branch. 00:19 And the vaginal artery that supplies the uterus and the vagina. 00:25 We then finished by looking at the rectum and how it has a quite diverse blood supply to it's upper, middle and lower parts. And then really led onto the future lecture which is the inferior rectal artery which is coming from the internal pudendal which will come across again when we look at the perineum.

The lecture Branches of Internal Iliac Artery: Conclusions by James Pickering, PhD is from the course Pelvis.