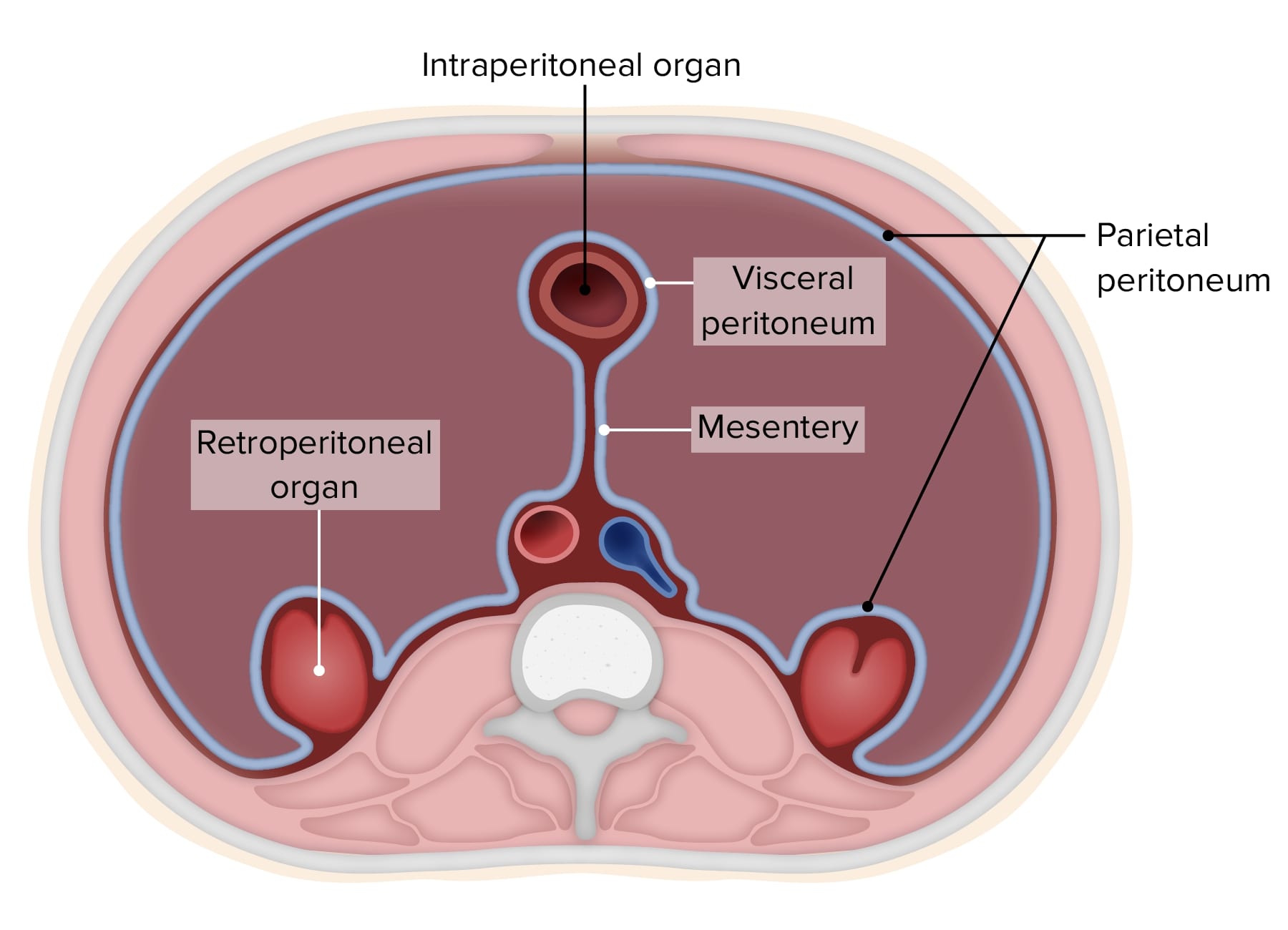 Peritoneum and retroperitoneum
The peritoneum is a serous membrane lining the abdominopelvic cavity. This lining is formed by connective tissue and originates from the mesoderm. The membrane lines both the abdominal walls (as parietal peritoneum) and all of the visceral organs (as visceral peritoneum). The peritoneum supports and suspends the organs within the abdominal cavity and provides an important conduit for the neurovasculature supplying these organs. There are several peritoneal folds, known as mesenteries, omenta, and ligaments. The greater and lesser omenta divide the peritoneal cavity into greater and lesser sacs, which are important anatomic spaces within the cavity. Organs located behind the posterior parietal peritoneum are known as retroperitoneal, while organs that protrude into the cavity and are fully covered by visceral peritoneum are known as intraperitoneal.
read more
Load more
Share
Ask Questions
Take Notes
Download Slides
Report Mistake
Comments
show all Show less
My Notes
show all Show less
Learning Material 2
show all Show less
Report mistake
Transcript
0 of 0

The lecture Peritoneum: Definitions by James Pickering, PhD is from the course Abdomen.

Which of the following organs is intraperitoneal?

Which organ does the falciform ligament attach to the anterior abdominal wall?

Which statement describes the mesentery?

Which of the following structure(s) is secondarily retroperitoneal?

Excellent explanation, the definitions are clear, concise and the representations in the slides are really good.

Excellent explanation, the definitions are clear, concise and the representations in the slides are really good.