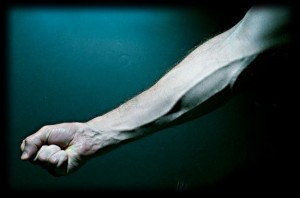 The Hepatic Portal System
The usual course of the blood starts from the heart into the arteries, through the capillaries, then into the veins and back to the heart. In a few cases, however, it does not flow immediately into the venous limp, but instead it flows through a second capillary bed. This is called the portal vessel system. In addition to the liver, it can also be found in the anterior pituitary and in the pancreas.
read more
Load more
Share
Ask Questions
Take Notes
Download Slides
Report Mistake
Comments
show all Show less
My Notes
show all Show less
Learning Material 2
show all Show less
Report mistake
Transcript
0 of 0

00:00 We can also have what are know as para-umbilical or colic anastomoses and these para-umbilical ones actually reopen some of the blood vessels which are on the anterior abdominal wall and pass around the round ligament of the falciform ligament that joins the superficial epigastric veins on the anterior surface of the abdomen. So we can see if blood is prevented from passing to the liver here that it can actually pass towards some of these umbilical veins, these para-umbilical veins and they can end up dilating these and these are around the umbilicus as ultimately they go to return into the iliac system. If we look at these then we can see that as they can swell they actually take the appearance of caput medusae, the kind of snakes of hair that is from Greek mythology that is radiating underneath the surface of the skin, as increased pressure in these blood vessels now pushes on to the skin. We can also see some small colic branches and these unite with what are known as retroperitoneal veins and they can also drain into the inferior vena cava. 01:13 So we have the potential for a whole series of portal-systemic anastomoses that allow blood to pass back from the liver if it can’t penetrate through the liver because the architecture has been ruptured, has been damaged, is not able to transmit this volume of blood then via these portal-systemic anastomoses blood could find a different route. 01:37 So, we have looked at the principles behind the portal system and then the patterns of the venous drainage from the foregut, midgut and hindgut and the variations in the formation of the hepatic portal vein and then we have looked at a whole series of portal-systemic anastomoses.

The lecture Paraumbilical and Colic Anastomoses – Portal System by James Pickering, PhD is from the course Abdomen.