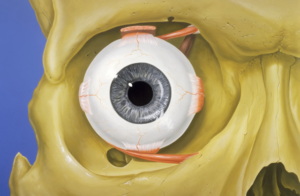 Ocular Emergencies in Primary Health Care
Patients living in remote areas or those with limited access to the hospital care system typically present first to the primary health care physician if they sustain a traumatic injury to the eye. Therefore, it is essential for the general practitioner to have a general idea about the several types of acute ocular emergencies and to be able to manage them properly at the primary care level. The primary health care physician needs to make two important decisions in case of an ocular emergency: should the patient be referred to the emergency department at the hospital? And, if yes, how and when should the referral be made?
read more
Load more
Share
Ask Questions
Take Notes
Download Slides
Report Mistake
Comments
show all Show less
My Notes
show all Show less
Learning Material 2
show all Show less
Report mistake
Transcript
0 of 0

00:01 Hello. Welcome to optic pathology. 00:03 We will journey through the eye from superficial to deep, and as we do so we will then identify important pathologies. 00:11 Let's begin. 00:12 Let's take a look at the structure of the eye quickly. 00:15 Things that we will be focusing upon. 00:18 Over to the right is obviously the outer world that the eye is looking into. 00:24 The brave new world, over to the right. 00:27 And then, obviously, this the window would then be called the cornea. 00:32 We'll talk about corneal diseases and then the cornea as it extends either to the top or down to the bottom here will then expand or go into your conjunctiva and then that will then lead into your sclera, right? so those things that you wanna keep in mind as we talk about corneal diseases, conjunctival diseases and so forth. 00:53 But cornea is the window into your soul. 00:56 And so therefore that cornea as you see here, if it becomes damaged and such difficult at times to repair it because it's avascular. 01:06 Keep that in mind. 01:07 Now, inside the lens or as you move deeper through the lens then we'll have an aperture. 01:14 That aperture is then called a pupil. 01:16 The size of the pupil is then determined by the iris, isn't it? Then of course, then you talk about the ciliary body which then controls the size of the pupil. 01:27 You see the cornea which is the window, and the pupil which is the actual hole or the aperture. 01:32 For example, if you were to give a cholinomimetic agent or parasympathetic in general, then what would then happen to the pupil? Pinpoint pupil, parasympathetic. 01:44 The pupil would then become smaller, right? Because then you would have vasoconstriction of the iris, versus if you would then give let's say an Alpha-1 Agonist, epinephrine is such. 01:56 Then you would cause, what? You would cause what to the pupil? You would cause it to enlarge. 02:01 You call that mydriasis, correct? As we journey through then, the pupil then we hit the magnificent lens. 02:08 Take a look at the lens there. 02:10 Now that lens that offers refractoriness. 02:13 What does that mean? For example, when then light comes in it hits the lens and depending as to what it is doing, for example may I ask you a question? If the lens was then to become more concave in nature or in form, then what would it do to the light is they'll accept it and then beyond or behind the lens, internally, as it's moving into what's known as the posterior segment, then it would take the light and then it would then, well, would widen it and then it would converge. 02:46 That would be if the lens was to then become what? Concave. Know that well, please. 02:51 Whereas if the lens then became convex, now this discussion I'm having with you as a review so that as we go through pathology it make sense, but this discussion truly took place in neurology for you. 03:02 So now the lens let's say became convex, what does that mean? That mean that when the light would then be accepted by the lens if it's convex, meaning it becoming more of a sphere, then, it would then take the refractoriness and then bring it closer. 03:14 In other words the converging point will be a little bit sooner. 03:17 And keep that in mind as you, in neuroscience, have discussed things like myopia or farsightedness and nearsightedness and such. 03:26 Now, here in pathology we will continue our discussion. 03:30 And I wanna spend a moment here on the iris because that iris will then divide what known as your chambers into anterior and the posterior chamber. 03:42 And that'll become really important for us for which pathology do you think? Glaucoma of course. 03:48 Behind that lens of course is the vitreous body and then as we go further deep into the eye, then you'll have that layer that you will be focusing upon when you do a fundoscopic examination, correct? When you do a fundoscopic examination, you then take a look at the retina to make sure that you find now the elements that you are requiring. 04:08 We will be spending some time on the retina. 04:10 It is important that you are able to identify what's known as your optic disc. 04:13 It's important that you're able to identify macula, fovea, and so forth. 04:20 The retina is made up of, well, nine different layers, and then deep most or should I say, as the light is passing through the retina, then moving towards the photoreceptors, if you remember, and then eventually all these will then converge, take a look. 04:34 In the optic disc area, we have the optic nerve. 04:38 Along with that optic nerve we have a couple of important blood vessels that are passing through there. 04:42 What we call these blood vessels? Would you call these just, let's say, retinal artery and retinal vein? No, you need to be a little bit more specific. 04:50 You need to call these central retinal artery, central retinal vein coming out through the optic disc, that is important. 04:59 The reason that becomes important, because we will then differentiate, let's say for example, if there was a central retinal artery occlusion secondary to embolization, what would then happen? What happened to the retina? That discussion we shall have. 05:14 Or if there's a retinal vein congestion? So this is a really important introduction to the pathoanatomical discussion as you go or as you move superficially from the outer world through the cornea, through the pupil, through the lens, and then eventually back into the retina. 05:35 Obviously, we're gonna add in a lot more pathology as we go through here, but make sure you just spend a moment and orient yourself properly, please, with the different elements of the eyes that I've given you.

The size of the pupil is determined by which structure?

Which structure divides the internal eye into anterior and posterior chambers?

Corneal damage can be difficult to repair because of which of its characteristics?

What artery runs alongside the optic nerve to supply the retina?

Not good explanation , can do it much better. Upset one

Ok
By Diego Fernel A. on 28. August 2019 for Optic Pathology: Introduction

Dr Raj made a good introduction. Maybe somebody wants a huge explanaiton, but the title of the video es "optic Pathology: Introduction" and his introduction is simple and clear.

BAD
By Neuer N. on 14. August 2019 for Optic Pathology: Introduction

Not according to the standard of lecturio
By Syed A. on 11. May 2019 for Optic Pathology: Introduction

he is talking too fast and not explaining anything. he is like a radio turned on.

Not good explanation , can do it much better. Upset one

Ok
By Diego Fernel A. on 28. August 2019 for Optic Pathology: Introduction

Dr Raj made a good introduction. Maybe somebody wants a huge explanaiton, but the title of the video es "optic Pathology: Introduction" and his introduction is simple and clear.

BAD
By Neuer N. on 14. August 2019 for Optic Pathology: Introduction

Not according to the standard of lecturio
By Syed A. on 11. May 2019 for Optic Pathology: Introduction

he is talking too fast and not explaining anything. he is like a radio turned on.

Not adequate
By Iftakhar A. on 08. November 2018 for Optic Pathology: Introduction

This is not adequate, speech should be slower and clear.