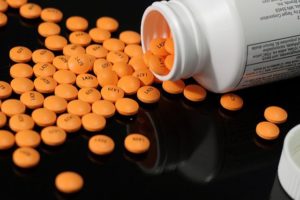 Antiplatelets, Anticoagulants and Fibrinolytic Agents
In this article, we are going to review the most commonly used antiplatelet, anticoagulant, and fibrinolytic therapies available to the clinician. Understanding the pharmacology of these three common classes of drugs make it possible for the clinician and surgeon to provide excellent hemostasis control.
read more
Load more
Share
Ask Questions
Take Notes
Download Slides
Report Mistake
Comments
show all Show less
My Notes
show all Show less
Learning Material 2
show all Show less
Report mistake
Transcript
0 of 0

The lecture Lepirudin, Bivalirudin & Warfarin (Coumadin) by Carlo Raj, MD is from the course Hemodynamics.

Which of the following anticoagulants can be administered orally?

Warfarin functions through which of the following mechanism of action?

Which of the following are cleavers of factor 5 among vitamin k dependent factors?

Which of the following is a side effect of warfarin administration?

In pregnant women, warfarin is contraindicated due to which of the following reasons?