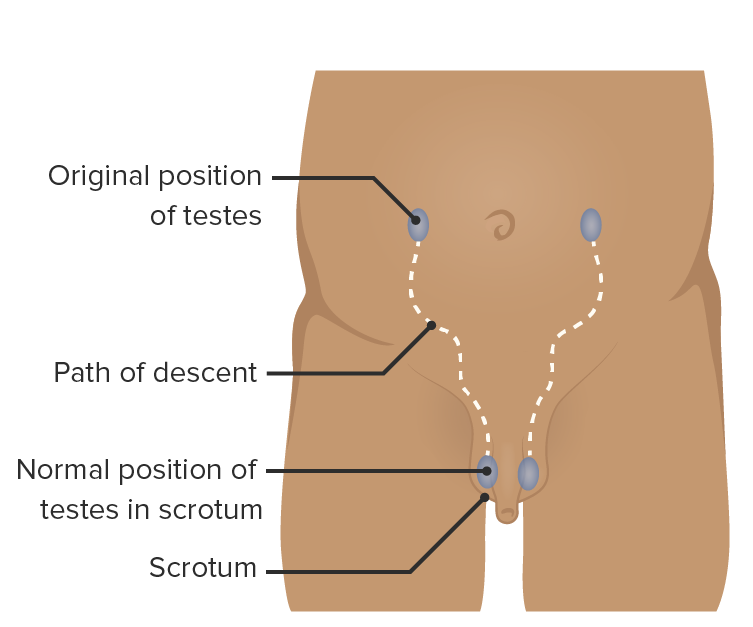 Inguinal Canal and Hernias
The inguinal region, or the groin, is located in the RLQ and LLQ of the anterior abdominal wall, bordered by the thigh inferiorly, the pubis medially, and the iliac crest superolaterally. The inguinal canal is a tubular structure that runs in a straight line from the anterior superior iliac spine to the pubic tubercle. The canal contains the spermatic cord in men and the round ligament in women. This region is clinically relevant, as it is the site for the most common type of hernias, such as indirect and direct inguinal hernias. Patients with hernias will present with a unilateral bulge in the groin that may be associated with pain. In symptomatic or high-risk cases, hernias can be repaired surgically.
read more
Load more
Share
Ask Questions
Take Notes
Download Slides
Report Mistake
Comments
show all Show less
My Notes
show all Show less
Learning Material 2
show all Show less
Report mistake
Transcript
0 of 0

00:00 So, what runs in the inguinal canal? What do we have in the inguinal canal? And I mentioned this at the beginning, we have different structures for the male and for the female. In the female, it’s relatively straight forward. We just have what’s known as the round ligament of the uterus. This is just an embryological remnant really. 00:22 As the ovaries descended, there was the migration of this ligamentous structure from the uterus towards the inguinal canal and it follows the same path as the spermatic cord. So, it passes through the deep here, runs along the canal and exits via the superficial inguinal ring. It’s a very small structure and it then merges with the fat of the labia majora. 00:47 If the deep inguinal ring in the female does persist, if it doesn’t close up, if you have what’s known as a patent processus vaginalis, then you have fat which can creep in to this space and you have what’s known as a canal of Nuck, but we don’t need to dwell on the female as much because the small size of the round ligament of the uterus means the canal is quite small and it’s not that likely that female suffer from inguinal herniation. But, as we can see on the opposite side of the screen, within the male, there is a very substantial structure and this is known as the spermatic cord. The spermatic cord is a really important structure that contains a whole series of blood vessels, of nerves, lymphatic vessels which we can see and this creates an increased size, it increases the size of the inguinal canal which means the superficial inguinal ring is that much larger, which means it’s more prone to herniation. We can see we have the ductus deference, that is the tube that allows the sperm that have been produced in the testes to pass back into the pelvis so they can be ejaculated through the urethra and we will look at that in more detail when we look at the pelvis. We have an artery that specifically goes to the ductus deferens, we have an artery that goes to the testicles themselves, we have another artery that supplies the muscle, the cremaster muscle that surrounds the spermatic cord or at least part of the spermatic cord. We have venous drainage, we have autonomic nerves, we have what’s called the genital branch of the genitofemoral nerve and this helps to supply cutaneous innervation from the skin of the testes in the scrotum. 02:31 And we also, like all organs, have lymphatic drainage and we have lymphatic vessels. 02:37 So, here we can see the contents of the inguinal canal in the male and the female, specifically the spermatic cord in the male. This is important because as these structures pass through,

The lecture Contents of the Inguinal Canal – Inguinal Region by James Pickering, PhD is from the course Abdomen.

Which of the following structures is not found in the inguinal canal in men?

What is the primary reason why inguinal hernias are more common in men?

Author of lecture Contents of the Inguinal Canal – Inguinal Region