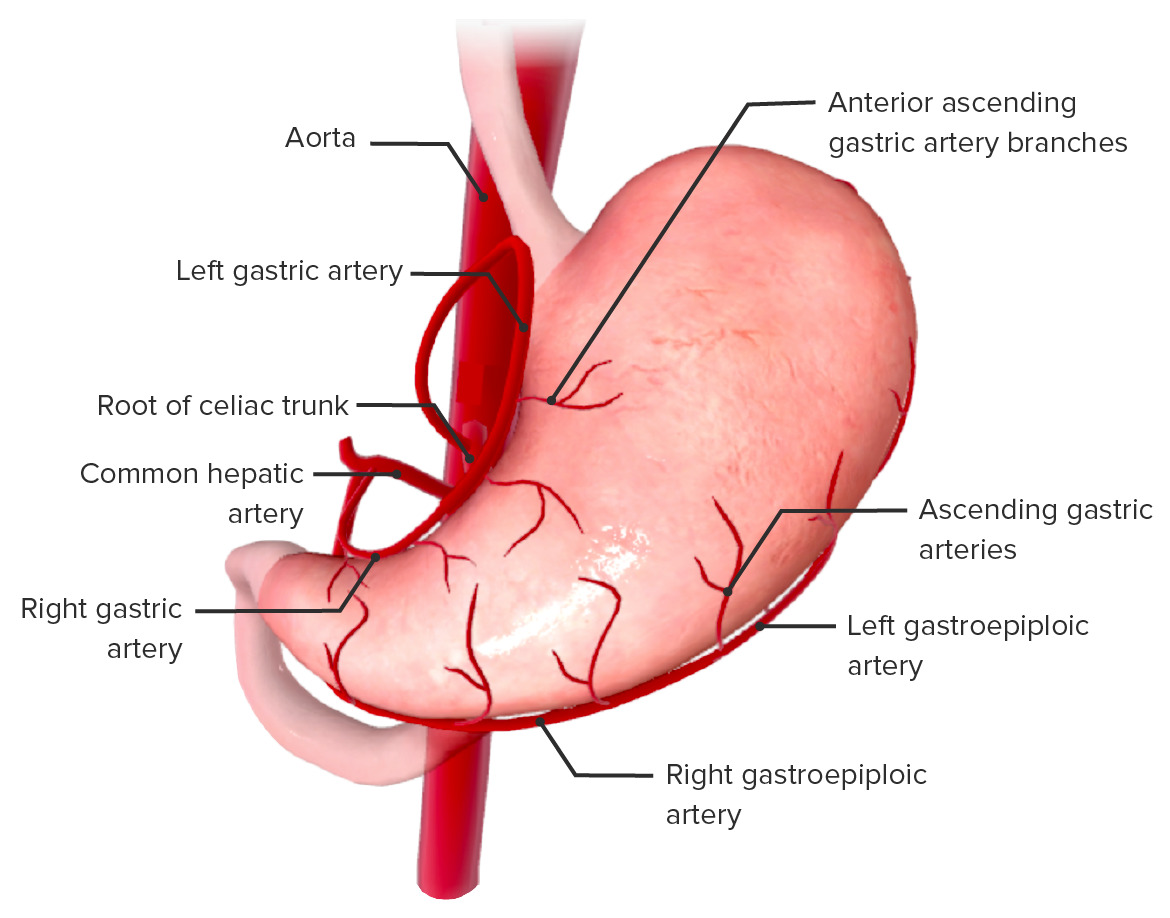 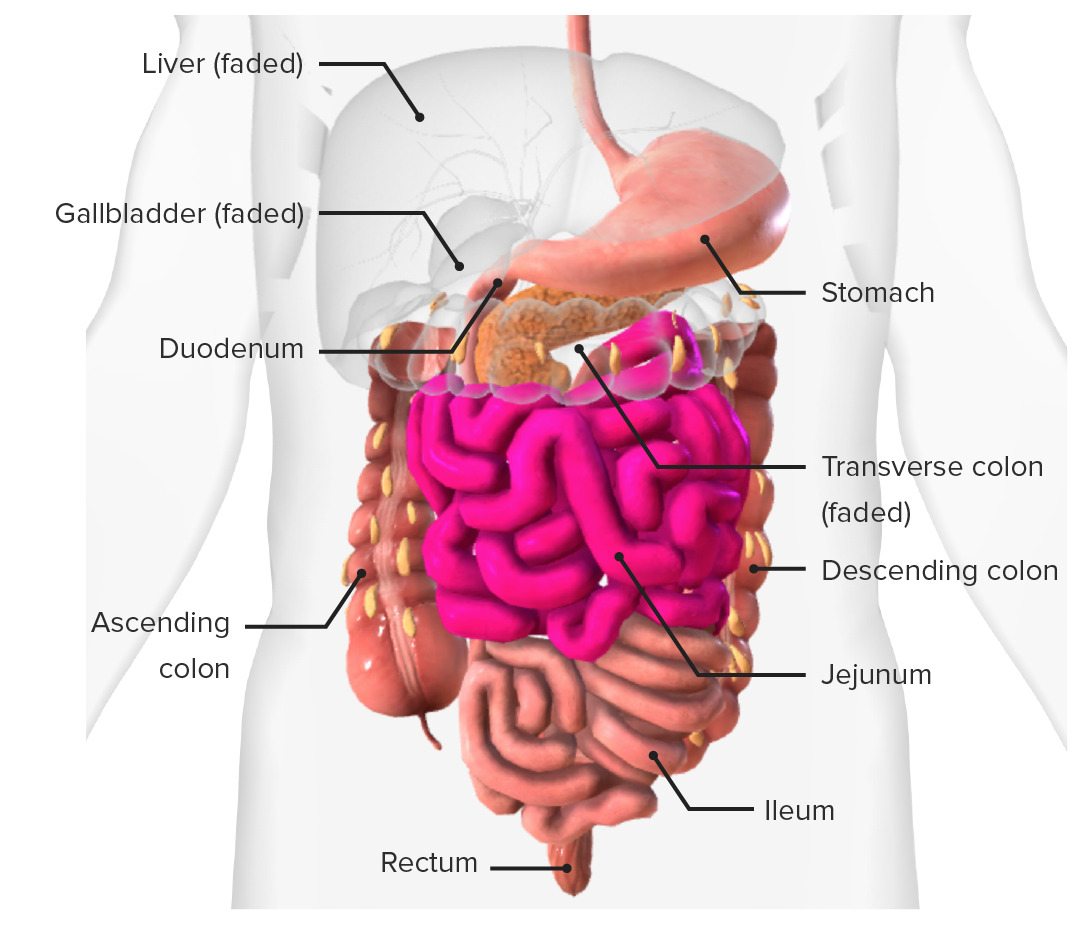 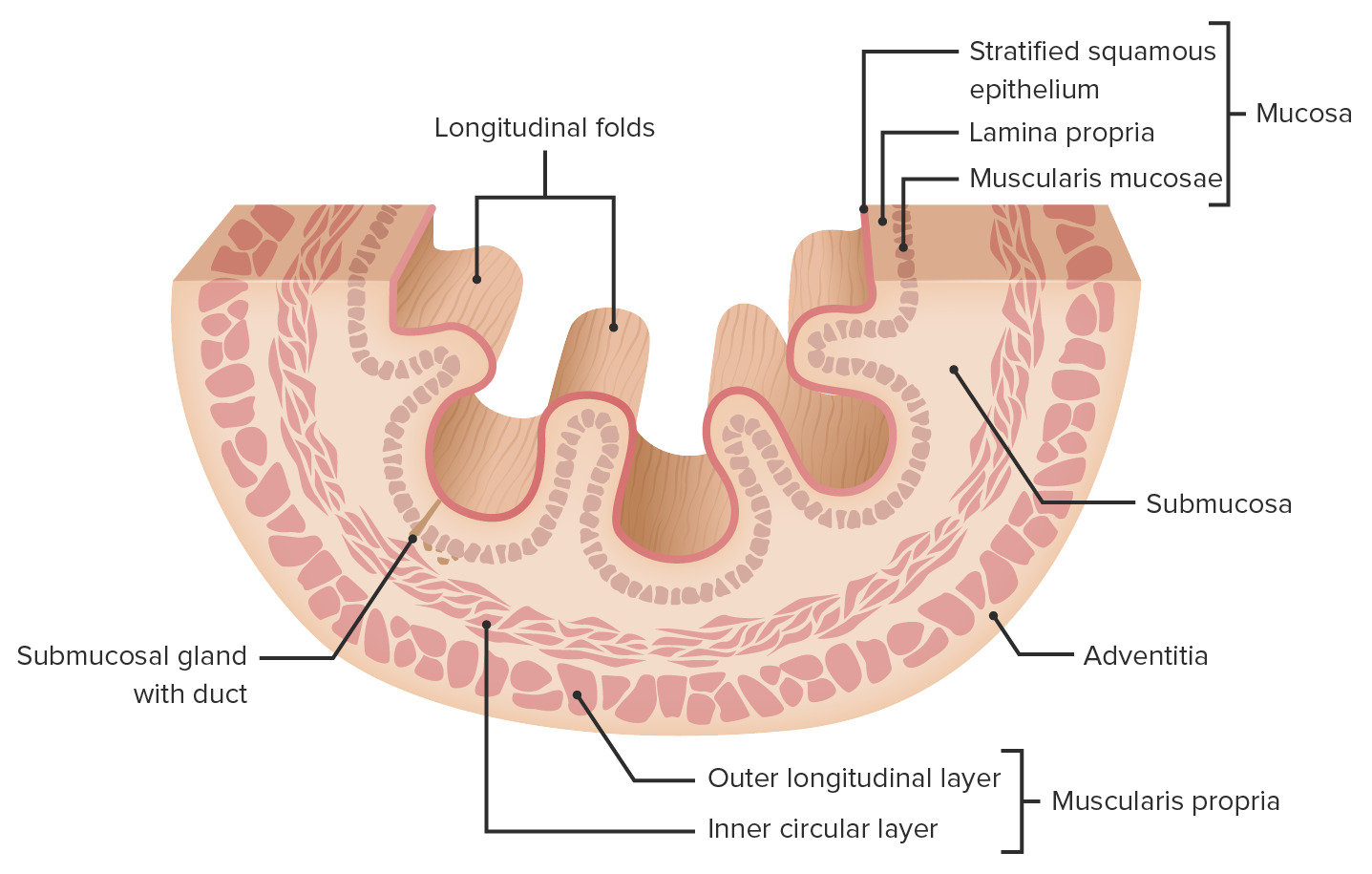 The lecture Coeliac Trunk: Branches – Arterial Supply to the GI Tract by James Pickering, PhD is from the course Abdomen.

Which arteries form an anastomotic loop around the lesser curvature of the stomach?

Which artery has a branch called the esophageal artery?

At which vertebral level does the celiac trunk arise from the abdominal aorta?

Which vessel has a branch called the right gastric artery?

(1) 5,0 of 5 stars
diagram for easy understanding
By oktay cem K. on 15. January 2018 for Coeliac Trunk: Branches – Arterial Supply to the GI Tract

This diagram sums up everything and really helpful. I will do this kind of diagram for every arterial supplies. Thank you for giving me the idea. Really appreciated

(1) 5,0 of 5 stars
diagram for easy understanding
By oktay cem K. on 15. January 2018 for Coeliac Trunk: Branches – Arterial Supply to the GI Tract

This diagram sums up everything and really helpful. I will do this kind of diagram for every arterial supplies. Thank you for giving me the idea. Really appreciated