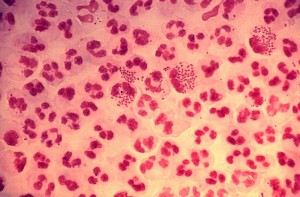 Overview of Urethritis in Adolescent Girls

Dysuria is a common symptom in children and adolescents that can be defined as the feeling of pain, burning or discomfort upon urination. Dysuria is usually caused by a urinary tract infection that involves the urethra, i.e., urethritis, but the possibility of a sexually transmitted disease should not be excluded in any adolescent girl who is sexually active. Urethritis is a lower urinary tract infection that is usually not associated with systemic symptoms.

Epidemiology of Urethritis in Adolescent Girls

Symptoms of Urethritis in Adolescent Girls

Many patients, including approximately 25% of those with nongonococcal urethritis (NGU), are asymptomatic and present following partner screening. Up to 75% of women with Chlamydia trachomatis infection are asymptomatic.

Causes of Urethritis in Adolescent Girls

Commonly identified causes of NGU include the following:

Urethritis following catheterization occurs in 2-20% of patients practicing intermittent catheterization and is 10 times more likely to occur with latex catheters than with silicone catheters.

Polymicrobial NGU and cases of urethritis due to both gonococcal infection and nongonococcal factors are possible and can explain some treatment failures. This should also be considered in patients with HIV infection.

Such differentiation, however, between sexually transmitted infections and simple urinary tract infections, is essential as the treatment might differ. Chlamydial infections cause dysuria that is more commonly associated with abdominal pain, vaginal discharge and vaginal bleeding. Gonorrhea can also present in a similar way to chlamydia, but it is more likely to cause proctitis or a swelling over the labia minora due to an abscess of Bartholin’s gland.

Most patients with urethritis do not appear ill and do not present with signs of sepsis, such as fever, tachycardia, tachypnea, or hypotension. The primary focus of the examination is on the genitalia.

The best plan is to avoid examining the patient immediately after micturition because urination temporarily washes away discharge and potentially culturable organisms. Because urine culture is an important component of the evaluation, the patient is advised to urinate approximately 2 hours before the examination so that culture and examination results are optimal, and the patient can comfortably provide a urine specimen after the examination.

The patient should be in the lithotomy position.

Inspection of the skin for any lesions that may indicate the presence of other STDs is done.

Strip the urethra by inserting a finger into the anterior vagina and stroking forward along the urethra. Any discharge is sampled for examination.

The urethral examination is followed with a complete pelvic examination, including cervical cultures.

General findings that indicate systemic disease are as follows:

Adolescent girls with dysuria should be always offered an external exam of the genitalia to exclude common causes of dysuria such as herpes simplex. If vesicles are present, the treating physician should inquire about other common symptoms of herpes infection such as fever, malaise, headache and muscle pain. A Tzanck test of the vesicle base can provide immediate confirmation of herpes simplex infection.

Less commonly, the genitalia examination might reveal a chancroid. Chancroids are also painful and can be associated with symptoms and signs suggestive of urethritis. Gram or Giemsa stain of the fluid from the chancroid can confirm the diagnosis.

Girls with symptoms and signs suggestive of a chlamydial infection should undergo a pelvic examination to confirm the diagnosis. Friability of the cervix, cervical motion tenderness and the presence of mucopus are all diagnostic of chlamydia. Additionally, the use of urinary ligase chain reaction tests, when coupled with a swab of the vaginal vault examination, can be enough for establishing the diagnosis of chlamydia. Gene amplification tests, i.e., polymerase chain reaction assays, can also confirm the diagnosis of chlamydia or gonorrhea in an adolescent girl with dysuria.

Adolescent girls who have abdominal pain, cervical motion tenderness and adnexal tenderness are very likely to have pelvic inflammatory disease. This condition puts the girl at an increased risk of infertility and a diagnostic laparoscopy might be indicated. C-reactive protein and the erythrocyte sedimentation rate are also elevated in adolescent girls with pelvic inflammatory disease. C-reactive protein levels can be also used to monitor response to treatment as they usually fall to normal limits if treatment was successful.

Urinary dipstick examination can show a positive leukocyte esterase result in urethritis due to the simple urinary tract, chlamydial or gonorrheal infections. The presence of nitrites in the urine is suggestive of a urinary tract infection.

The most commonly identified organism in cases of urinary tract infections in adolescent girls is staphylococcus saprophytic. The presence of pyuria, which is defined as the presence of 8 or more white blood cells per high-power field on the microscopic examination of urine, is also suggestive of urethritis. Pyuria does not differentiate between urinary tract infections and sexually transmitted infections. Microscopic examination with a gram stain can help in confirming the diagnosis especially if a single organism was seen. The presence of intracellular gram-negative diplococci on urine microscopy is pathognomonic of gonorrheal urethritis.

Treatment of Urethritis in Adolescent Girls

The treatment of urethritis in an adolescent girl depends on whether the most likely etiology is a sexually transmitted infection or not. Cases of uncomplicated urethritis or cystitis due to urinary tract infections usually respond to a three-day course of trimethoprim-sulfamethoxazole, ciprofloxacin, ofloxacin or another fluoroquinolone.

Empiric antimicrobial therapy must be comprehensive and should cover all likely pathogens in the context of the clinical setting.

The antimicrobial options in the treatment of urethritis include parenteral ceftriaxone, oral azithromycin, oral ofloxacin, oral ciprofloxacin, oral cefixime, oral doxycycline, and parenteral spectinomycin. Azithromycin and doxycycline have been proven equally efficacious in treating C. trachomatis infections. Ofloxacin and azithromycin are effective for nongonococcal urethritis (NGU), whereas ciprofloxacin is ineffective against chlamydial infection. Combinations of probenecid with penicillin, amoxicillin, or ampicillin are no longer used because of resistance.

Adolescent girls who are found to have chlamydial or gonorrheal urethritis should receive dual therapy against the two organisms because the risk of co-infection is very high. The antibiotics of choice for the management of chlamydial and gonorrheal uncomplicated cases of urethritis are doxycycline and azithromycin plus ceftriaxone. A single dose of intramuscular ceftriaxone when combined with a single dose of azithromycin is usually sufficient for the treatment of uncomplicated gonococcal infections. Doxycycline is usually used twice a day for seven days.