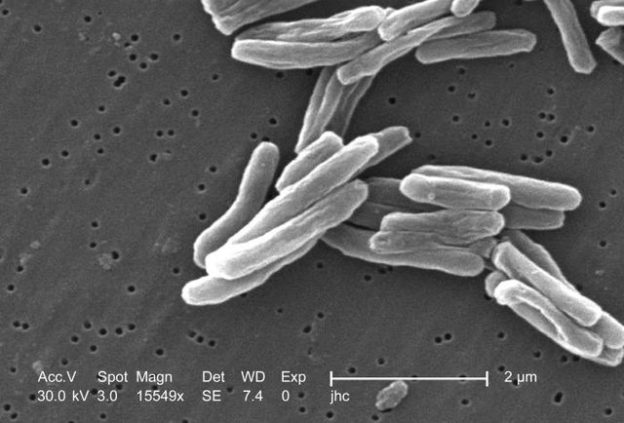 Definition of Tuberculosis in Children

Epidemiology of Tuberculosis in Children

Children are more likely to acquire Mycobacterium tuberculosis and develop the disease tuberculosis compared to adults. Approximately, 8.7 million new cases of tuberculosis are diagnosed annually; hence, the burden of the disease in the healthcare system is huge.

Tuberculosis was diagnosed in approximately 490,000 new cases among children in 2011. Additionally, tuberculosis is one of the top ten causes of death among children. The population living in crowded areas, malnourished, homeless individuals are at risk of developing the disease.

Another recent challenge to the management of tuberculosis in children is the emergence of multi-drug resistant tuberculosis (MDR-TB) strains. Approximately, 40,000 new cases of MDR-TB are diagnosed per year worldwide.

Pathophysiology of Tuberculosis in Children

Co-infection with the human immunodeficiency virus or acquiring any other cause for an impaired immune response is believed to play a significant role in tuberculosis progression and the development of the disseminated disease. Another important risk factor for tuberculosis which is also linked to an impaired immune response is malnutrition. Because of this, tuberculosis is more common in countries and populations that are at risk of malnutrition or that have an endemic human immunodeficiency virus infection.

Once children acquire the responsible bacteria for tuberculosis, they might go on to develop latent tuberculosis infection (LTBI) or might develop active tuberculosis, known as TB. Children who have LTBI are not infectious and cannot transmit the disease to other children or to their contacts. Children with active disease, i.e. TB, can transmit the bacterium to their contacts. If the child with LTBI develops an impairment in their immune response later in life, they might progress from LTBI to TB.

Clinical Presentation of Tuberculosis in Children

Children who develop tuberculosis usually come from families of lower socio-economic status, who are recent immigrants from epidemic regions such as India, or who have had a recent travel history to epidemic areas. Additionally, a previous history of an impaired immune system, for example, due to being infected with the human immunodeficiency virus, can be elicited in up to 13% of the cases.

Patients usually complain of a chronic cough that has been persistent for more than three weeks. Fever can be present and is usually for more than two weeks. Patients presenting with this picture usually have been already investigated for pneumonia and received empirical therapy for bacterial pneumonia without any adequate response. Children usually lose weight due to the chronicity of the condition and infants can present with failure to thrive. Night sweats are common with tuberculosis.

Children who develop extrapulmonary tuberculosis usually present with systemic symptoms such as fever, weight loss, night sweats, lethargy and failure to thrive, but without pulmonary symptoms.

Children with tuberculosis can also develop meningitis due to the central nervous system involvement. Patients can present with headaches, fever, or focal neurological signs. The symptoms of meningitis in this group of children are usually milder and more chronic compared to typical bacterial meningitis.

Children who are infected with the human immunodeficiency virus, or who have an impaired immune response for any other cause, might develop disseminated tuberculosis, also known as miliary TB. Patients present with high fever, severe weight loss, lymphadenopathy, hepatosplenomegaly, and pulmonary symptoms.

Less common presentations of active TB include a bony disease that presents with localized bone pain, pericarditis, or pleural effusions and empyema.

Diagnostic Workup for Tuberculosis in Children

The diagnosis of tuberculosis in children is challenging due to the non-specificity of the presenting features. The diagnostic workup for LTBI and TB is available. Before 2001, both LTBI and TB were diagnosed based on the tuberculin skin test (TST) but, nowadays, more specific tests that differentiate between the two forms of the disease exist.

If TST is going to be used in the diagnosis of TB, then the following points should be taken into consideration while interpreting the results. The TST concept is simple; the presentation of tuberculin would result in a localized immune response in the skin of the patient. When the diameter of this induration response is above 10 mm and the child is older than 4 years, the child is considered as being positive for TB.

Children with a diameter of induration that is also above 1 cm, who are younger than 4 years of age and have possible risk factors for tuberculosis, are considered as having a positive test result. Finally, children with a recent contact with someone who is confirmed to have TB, or suspected to have TB, or children with suspicious TB lesions on radiography or because of their semiology and have a diameter of induration equal to or more than 5 mm on the TST, are considered as positive for TB.

Unfortunately, TST can overlap and be positive in those who have been vaccinated with the Bacille Calmette-Guerin (BCG) vaccine against TB, or those who have acquired other mycobacteria species. Because of these limitations, new tests need to be developed for the diagnosis of TB.

Interferon-gamma release assays are usually positive in patients who have active tuberculosis. The T-Spot is one type of these tests that have become available since 2008 and is considered very sensitive and specific for TB.

Isolation and culturing of Mycobacterium tuberculosis are possible but difficult in children. Repeated gastric lavage is used to isolate the organisms. Culturing of the organism allows the identification of its anti-tuberculosis sensitivity profile. Polymerase chain reaction testing for the detection of Mycobacterium tuberculosis is also available. The advantage of polymerase chain reaction testing over traditional culturing is that the bacterium load need not be very high for a positive result.

Treatment of Tuberculosis in Children

Once the diagnosis is confirmed by clinical examination and history taking, a positive TST or a positive polymerase chain reaction test or culture, the treatment with anti-TB drugs is initiated.

Combined therapy with three or four drugs for two months, followed by dual therapy for four or seven months, is indicated for the successful treatment of tuberculosis. The first phase of anti-TB regimen might include isoniazid, rifampin, rifabutin, pyrazinamide or ethambutol. If ethambutol is going to be used in a young child, routine visual assessments are indicated. Early signs of visual impairment warrant immediate discontinuation of ethambutol to prevent the development of optic neuritis and permanent visual impairment. The second phase of anti-TB therapy includes Isoniazid combined with Rifampin for either four months or seven months.

If treatment fails in children, or the isolation of the causative organism provides evidence for MDR-TB, the use of second-line anti-TB drugs is indicated. Ethionamide, cycloserine, streptomycin and other anti-TB drugs are available. Unfortunately, the safety of these drugs in children is not well-established.