Topographic Anatomy of the Back | The Lecturio Medical Online Library 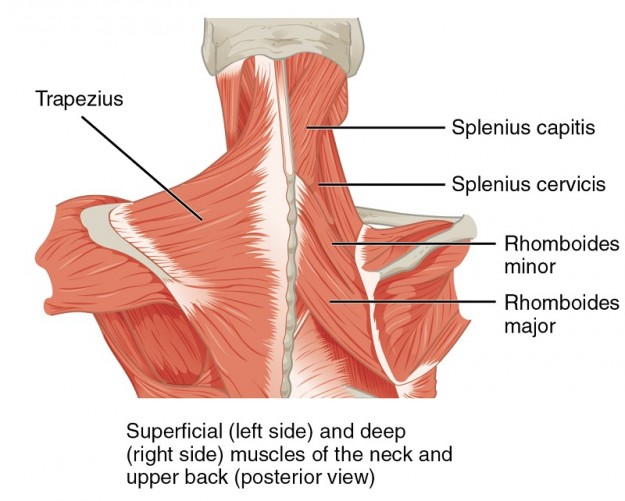 Muscles of the Back

The major muscles of the back are divided into three groups: 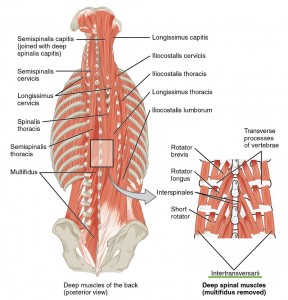 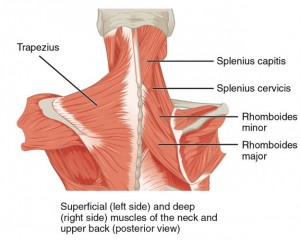 Bony Prominences of the Back 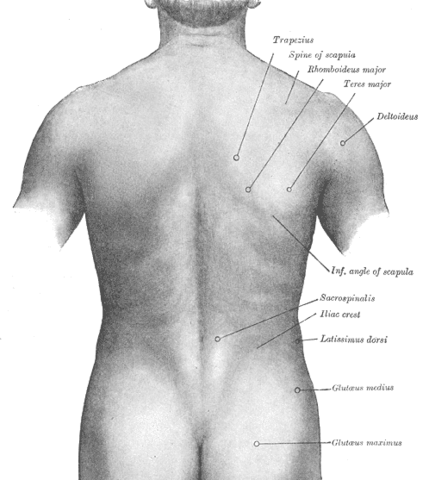 The following bony prominences constitute the surface anatomy of the back:

Triangles of the Back 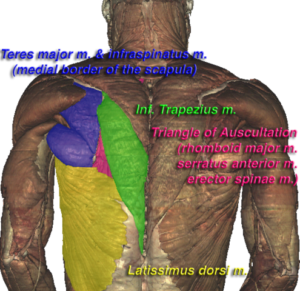 The triangle of auscultation is an area on the back, where the breathing sounds are most audible due to the relative thinning of musculature.

The borders of the triangle are defined by:

This is also known as Grynfeltt-Lesshaft triangle and lies deep to the inferior lumbar triangle. The superior lumbar triangle is found in cadavers in a consistent fashion. It is also a common site of herniation of abdominal viscera. The quadratus lumborum muscle lies medial to it. The internal oblique forms the lateral margin, and the 12th rib lies superiorly.

Lumbar puncture (LP) is an invasive procedure during which a small amount of cerebrospinal fluid (CSF) is removed from the spinal canal to be analyzed for diagnostic purposes. CSF pressure can also be measured. LP is usually performed after a neurological examination is completed. LP most commonly occurs when there is a concern about infection (such as meningitis) or idiopathic intracranial hypertension (pseudotumor cerebri).

During the LP, the patient is asked to lie in the left lateral position with knees and hips in the flexed position. The intercristal line, which is the line joining the superior parts of the iliac crest, is located and marked. This marks the region between L4 and L5 lumbar vertebrae. A small, non-cutting LP needle is advanced between the spinous processes of these two vertebrae, and the CSF is collected and submitted for analysis. If the opening pressure is measured, this is done before CSF collection but requires some limb repositioning for accurate measurement.

LP can also be performed in the seated position. One of the potential complications of LP is a post-LP headache. Using a small, non-cutting needle will reduce the risk of a post-LP headache, also known as “low pressure” headache. While there are fewer data to suggest that positioning helps minimize post-LP headache, it is still common to ask the patient to remain in the supine position for half an hour after completing the procedure.

Projection of Viscera onto the Back

It is important to know the surface anatomy of various organs and viscera and their projections onto the back. This is useful in various procedures as well as for the clinical examination of various body systems.