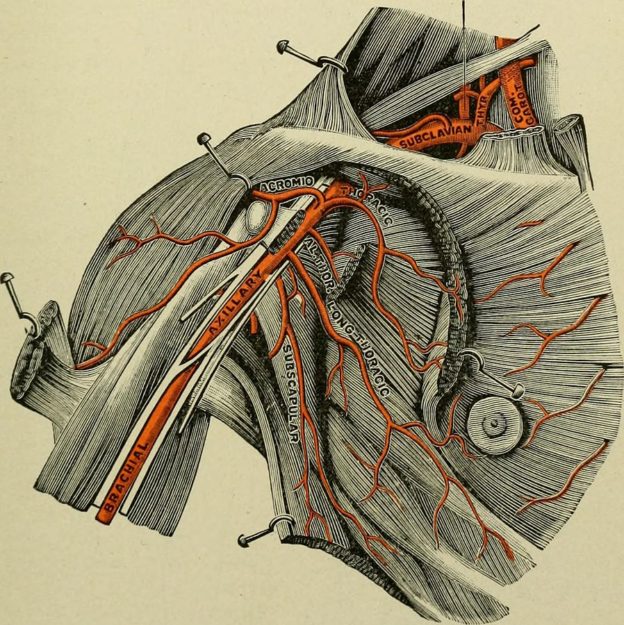 Origin of the Subclavian Arteries 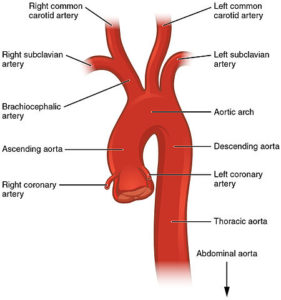 The right and left subclavian arteries have different origins:

Course of the Subclavian Arteries

Parts of the Subclavian Artery

On the basis of its relation with the anterior scalene muscle, the subclavian artery is divided into three parts.

The first part of the right subclavian artery originates from the brachiocephalic trunk, just posterior to the upper part of the right sternoclavicular joint. It moves in an upward and lateral direction towards the medial border of the scalenus anterior muscle. Its course varies from person to person.

Posterior relations include the thoracic pleura at the apex of the lungs, the sympathetic trunk, the longus collis muscle and the first thoracic vertebra. The right recurrent laryngeal nerve winds around the lower and posterior part of the artery.

On the left side, the subclavian artery has a slightly different origin and course. The first part of the left subclavian artery starts from the arch of the aorta. The artery moves upwards into the superior mediastinal cavity reaching the root of the neck. There, it arches toward the lateral side reaching the medial border of the scalenus anterior muscle.

The Vagus nerve along with its cardiac branches and the phrenic nerve are the anterior relations of this artery. The left common carotid artery, left internal jugular and vertebral veins travel parallel to the artery. Left subclavian artery is covered by the sternothyroid, sternohyoid, and sternocleidomastoid muscles. 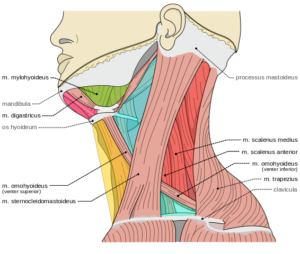 Second part of the subclavian artery

The second part of the subclavian artery lies behind the scalenus anterior. It is relatively shorter in length.

Third part of the subclavian artery

It is covered by the skin, the superficial fascia, the platysma, the supraclavicular nerves, and the deep cervical fascia. It is crossed by the external jugular vein, which receives the transverse scapular, transverse cervical, and anterior jugular veins during its course; this leads to the formation of a venous plexus anterior to the artery.

Branches of the Subclavian Artery 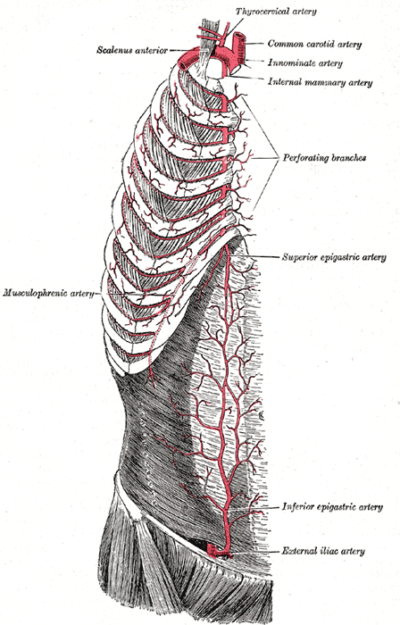 An aberrant left subclavian artery can also originate from the right side of the aortic arch.

Arteries of the Upper Limb via teachmeanatomy.info